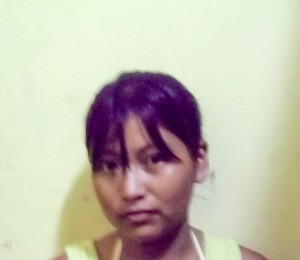 A 19 year old female had to be arrested by police after she caused a ruckus at the San Pedro station and assaulted a female Special Constable. The person, Silvia Teul originally of the Cayo District, is presently a resident of the Airstrip area in San Pedro Town. The incident occurred shortly after 3AM on Saturday, August 11th inside the San Pedro Police Station.

According to SP Police, they had previously detained Teul’s friend Lorena Montes following a report made by Roxanne Canul. Police said that Montes was involved in an altercation that started inside Daddy Rock’s Night Club. A group of Montes’ associates visited the SP Police Station following her detention. According to police, Teul who appeared to be highly intoxicated, began acting unruly and was very vocal near the entrance of the police station while inquiring about Montes. Police say that because of her unruly behavior and appearance of being drunk, Teul was asked to leave the station. Police further claims that Teul uttered to the officers, “[email protected]$k you police. You can’t do me [email protected]#$ing nothing!”

Because of Teul’s indecent remarks and behavior inside the station the police, along with Woman Special Constable Lisa Castillo, decided to arrest and escort her into the station. Whilst in the process of detaining her, police said that Teul charged at WSP Castillo and gripped her by the neck and began to strangle her. With the assistance of other officers Teul was subdued and placed under detention. WSP Castillo was issued with a medical form and treated for neck injuries.
As a result of the incident police later charged Teul for the crimes of assaulting a police officer, use of indecent words, common assault and resisting arrest. Because of the severity of the crime against a police officer, a Justice of the Peace witnessed the charges against Teul by police and decided to remand her until Teul could appear before a Magistrate Judge.

The Sun understands that despite the order given by the Justice of Piece, the Commissioner of Police David Henderson had ordered that Teul be granted police bail. However, Officer in Charge of the SP Police, Assistant Superintendent of Police Viennie Robinson denied the order based on the disrespect displayed upon a uniformed police officer inside the station. Teul remained detained until late Tuesday, August 14th when she was taken to court before Magistrate Sherigne Rodriguez where the charges were read to her. Magistrate Rodriguez offered Teul bail, which she was able to meet and is scheduled to reappear in court at a date yet to be fixed