« Older: Four detained for the Murder of Emerito Itza
Newer: » Family alleges that toddler was sexually molested while at pre-school


This was the scene in front of the San Pedro Police station this morning as family and friends of accused murderers  await their extradition to the Belize Central Prison. 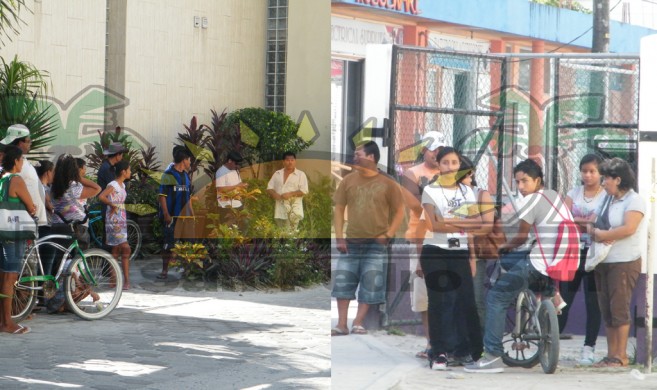 San Pedro Police has officially charged four students  accused of being responsible for the death of 46-year-old Emerito Itza. The four boys who are of ages 14 and 15 and who are students of both San Pedro High School and San Pedro Roman Catholic Primary School were jointly charged for manslaughter. 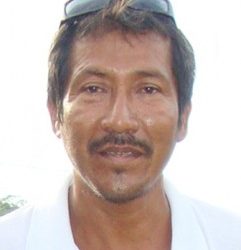 The students were charged shortly before 7PM on Thursday October 18 and were read charges by a Justice of the Peace who remanded them to the Kolbe Foundation at the Belize Central Prison until they can appear before a Magistrate Judge.
The four were charged for the death of Emerito Itza. Sometime around 8PM on Wednesday, October 10, 2012, San Pedro Police and Poly Clinic Doctors were summoned to an area just off the beach south of the San Juan Roundabout where they discovered two injured males. The doctor on duty noticed that they were suffering abrasions to the head, and asked that they be taken to the clinic for further treatment. 24-year-old Marwin Lizama and 46-year-old Emerito Itza were treated and released after no open wounds were observed. Itza had a swollen right eye along with other injuries, and seemed to be seriously wounded. Itza was released then re-admitted to the Poly Clinic the next morning and later transported to the Karl Heusner Memorial Hospital on Thursday afternoon. At KHMH Itza received several operations in an attempt to save his life. However, early Monday morning, he succumbed to his injuries.
Based on information received, San Pedro police picked up one individual and during questioning, the minor revealed the names of the other individuals who were later picked up.