Wanted man, Edly Atherley could be in Belize 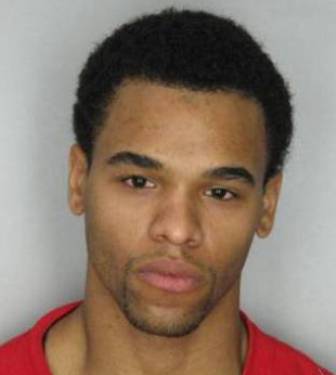 Eldy Atherley, a 29- year old US citizen with Belizean relatives, is wanted by San Bernardino, California USA police and the Federal Bureau of Investigation (FBI) for the murder of his wife, Ashley, 28 years old. Reports from San Bernardino Police stated that Ashley’s body was found on Sunday, December 1st. Atherley who was charged on a warrant with the homicide of Ashley, had already fled by the time police discovered the scene. Atherley is suspected to have fled the area but could be in either California, Florida or Belize where he is known to have friends and relatives.
Ashley was found with her throat slit, and she had been stabbed and badly beaten. According to reports from Ashley’s family, Atherley was a possessive and abusive husband who had a history of abusing his wife, including a charge for domestic violence in 2008. However, he was released after Ashley refused to press charges. The couple had been married for seven years and had two young daughters, who were not at home at the time of the murder. The couple was in the process of separation due to Atherley’s violent behavior. “He isolated her from most of her family. We begged Ashley to come home before something bad happened, but it was too late,” said Ashley’s mother, Lucia Roble. 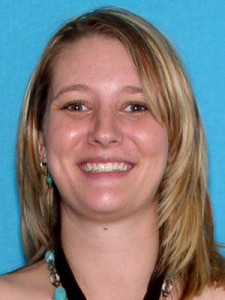 Family and friends of the deceased are asking the public’s assistance in locating the fugitive. They have launched a full search effort for Atherley, distributing flyers of the accused across the US and Belize. Atherley’s family is fully cooperating with the police, and asks that he turns himself in.
Atherley is an African American with black hair, brown eyes and has a predominant tattoo on his right shoulder. He weighs around 160 to 170 pounds and is five feet nine inches tall. The FBI has offered a $10,000US reward for information leading to Atherley’s capture. Anyone who sees Atherley or has information about his whereabouts is asked to call the local police, 911 or Crime Stoppers Belize at 0-800-922-TIPS (8477).
Ashley was laid to rest on Tuesday, December 17th.