Ediberto Javier Romero charged for the shooting of Glenford Dominguez 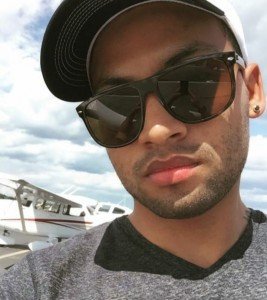 32-year-old Ediberto Javier Romero was formally arraigned at the Magistrate Court in Belize City on Wednesday, October 2nd, after he was charged in San Pedro Town for the crimes of Attempted Murder, Dangerous Harm and Use of Deadly Means of Harm committed against bartender 45-year-old Glenford Dominguez. Romero was also charged for the offense of Discharging a Firearm in Public.

Shortly after midday, Romero appeared before Senior Magistrate, Aretha Ford, where he was represented by attorney Leeroy Banner. Ford explained to Romero that the charges before the court against him are indictable offenses. No plea was taken, and due to the nature of the offenses, he was denied bail and remanded to the Belize Central Prison until December 4th. Romero’s next court session will be in San Pedro Town. 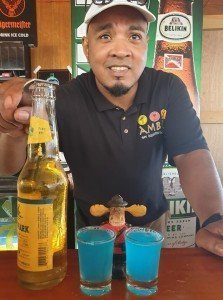 The incident occurred after midnight on Monday, September 30th inside Daddy Rock night club in downtown San Pedro. According to reports, Dominguez was involved in an argument with Romero when Romero reportedly pulled out a firearm and shot Dominguez, injuring him on his left upper shoulder. The injured bartender was rushed to the Dr. Otto Rodriguez San Pedro Polyclinic II where he was admitted in a stable condition. Dominguez was later transported to Belize City for surgery.

Initial investigation into the incident indicates that Dominguez was sitting on a stool at the bar counter when he was approached by Romero. Dominguez was asked about an incident between him and Romero’s brother, Melvin Romero. Dominguez told Romero to ask his brother about the incident. Romero kept insisting, and Dominguez told him to leave him alone. Dominguez then pushed Romero on the shoulder, and Romero pulled out a firearm from his left pant-pocket and fired a single shot, hitting him in the left shoulder. According to the medical personnel from the Polyclinic, the bullet went into his upper front shoulder and exited his back shoulder, causing his humerus bone to shatter.

Romero was immediately detained by an unarmed police officer who was inside Daddy Rock at the time. One .380 GFL expended shell, and one slug was recovered from the scene, and Romero’s .380 pistol Walther Smith & Wesson brand S/N 5897BACPPK/S-1 along with a magazine containing (7) GFL brand live rounds of ammunition were retrieved and sealed and placed inside a gun box to be sent for analysis. Romero was then taken into custody.

This is not the first time Romero is involved in a shooting. A year ago, he allegedly opened fire at a moving vehicle belonging to a bank manager. He was taken into custody but later released without charges. It is alleged that complaints against Romero were dropped.

Romero was also in the news on August 2014, when he was identified as one of the key figures behind the penny stock scandal regarding Cynk Technology (CYNK). CYNK was a development stage company that focused on operating a social network called IntroBiz and was started by a John Kueber. The stock was dormant since its inception on May 1, 2008 and was valued at .6 cents per share until June 17, 2014 when the company stock price suddenly increased by 25,000%. The dramatic increase caused many questions to arise and resulted in U.S. Securities and Exchange Commission to halt all stock trading in the company for a period. At the height of the increase, CYNK stocks were valued at $15US. He denied any affiliation with CYNK but mentioned that he was involved in a proposed transaction with the said company’s previous Chief Executive Officer, Marlon Luis Sanchez. However, the transaction allegedly never occurred.

It is unknown if the night club will be penalized for the incident. Other nightclubs on the island maintain security personnel at their premises, including police at times, to prevent armed patrons (even if they are licensed to the holder) from entering the establishment and posing a danger to patrons.