San Pedro High School (SPHS) has entered two teams to participate in the 2014 Sagicor Visionary Challenge. A collaboration of the Caribbean Science Foundation (CSF), Sagicor (a Caribbean insurance company) and the Caribbean Examinations Council (CXC), the Visionary Challenge is held across the Caribbean offering secondary students the opportunity to develop scientific solution for common problems. National competitions are hosted in the seven participating countries with the winners advancing to the regional competition. The participating countries include Dominica, Barbados, Trinidad, Antigua, Guyana, St. Lucia and Belize.
After much research SPHS found that the main problem on the island is improper waste management and the high cost of electricity. The projects were developed using the STEM (Science, Technology, Engineering and Mathematics) method. The aim for the students was to figure out an effective, innovative and sustainable solution to the two problems. Overseeing and assisting the students with the development of the two projects was Head of the Science and Math Department, Ricardo Sedacy. 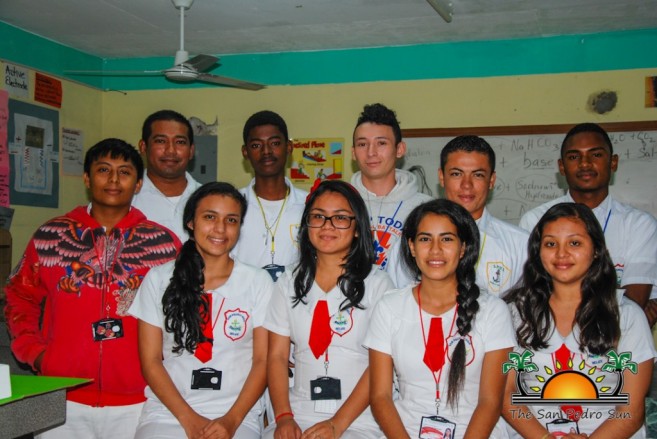 The first team was tasked with developing a solution for waste management. “Due to the proximity of the reef from the island, a sanitary landfill is vital for La Isla Bonita. The island of San Pedro has been burning waste for year now; as we know, the burning of waste material contributes to the greenhouse effect as well as air pollution. We have been debating the proposal of shipping the island’s waste to the mainland for proper disposal for quite some time now but that will be more costly. Instead, we are proposing the idea of a sanitary landfill where there will be less pollution if constructed properly. This sanitary landfill will benefit the island in many ways from beautification to cost efficiency,” said Sedacy on the first project. The landfill will isolate garbage from the environment and reduce the damaging effects caused by the burning of garbage. The landfill will also serve an ulterior purpose as the decomposition of garbage produced methane that can be used as a small scale energy source. “With this project, the students are planning to put bins at school and in town, we should have both organic and inorganic trash bins as well as one just for bottles. They will put bottle bins because here on the island there are so many people picking out all the garbage just to find bottles and sometimes they leave some stuff out and the island looks dirty. With this bin in particular it will benefit a lot since that is a major issue here and for sanitary purposes too for the islanders who recycle these, the group will commence their initiative by educating the community to build their own sanitary landfill, use the methane for cooking and the soil as fertilizer for their gardens,” said Sedacy. 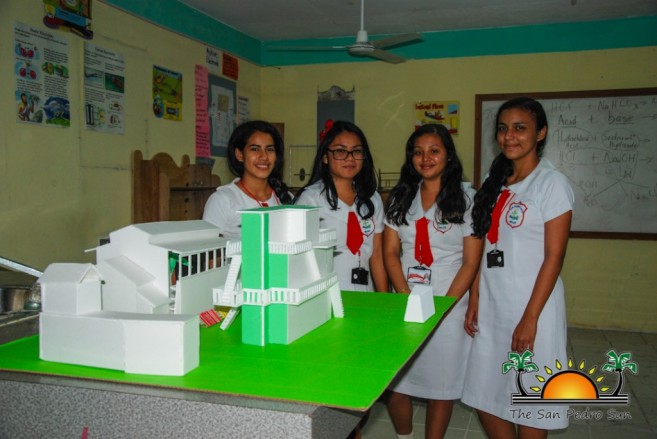 The second project was the creation of a windmill farm to provide electricity to islanders. The group will be tasked to educate the community and encourage the building of an ecofriendly wind energy converter to power large resorts. “San Pedro is becoming more advanced as prosperous with the past years but now we must start to worry about protecting what we need the most. Using the help and cooperation of the community we want to begin giving back to the environment by using our very own Caribbean wind. Over use of resources, increase in usage of electricity and the high living cost for locals is a major problem on the island,” said Sedacy. The windmill farm will create alternative energy to fuel the island. The goal of the project was to use the most innovative form of collecting energy for the project to reach its full potential without damaging or altering its surrounding. “Engineering plays an important role and pairs along with the technology of it as well. Since the group will be using wind energy converter that will be custom made we cannot use traditional methods of collection energy, it is planned to use a dynamo like machine to do the converting of energy to electricity,” said Sedacy. The group will carry out investigations as to the amount of energy that will need to be produced to effectively power a resort. 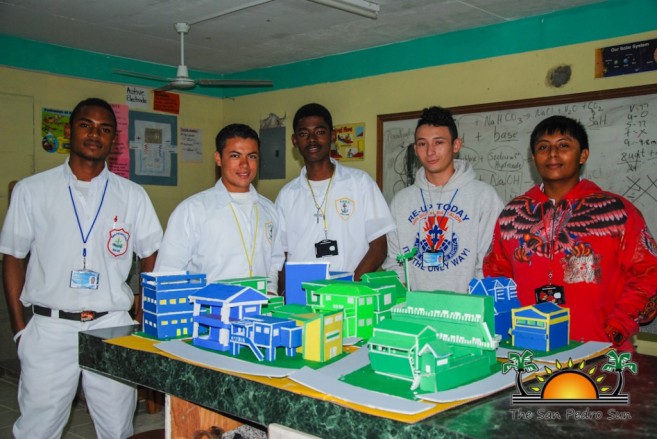 Both groups will present their projects on Wednesday, December 3rd at the Belize national Sagicor Visionary Challenge to be held at the Ramada Princess Hotel in Belize City. Any member of the community that is willing to assist the group can contact Ricardo Sedacy at 604-3732 or at [email protected] To learn more on the Sagicor Visionary Challenge visit sagicorvisionaries.com.