Big Celebrations for the New Year


San Pedro Town said good bye to 2014 and hello to 2015 in grand style! Hundreds of island residents and visitors flocked the town on Wednesday, December 31st for the much-anticipated New Year’s countdown. Activities were held across town, as local establishments held spectacular New Year’s Eve parties. Even The San Pedro Town Council pulled out all the spots by hosting an extravagant countdown party at Central Park, with DJ Jax from Miami performing live till the wee hours of the morning.

Ceremonies at Central Park started promptly after 8PM. Leading up to the countdown, party goers enjoyed performances from Rompe Raja, The San Pedro Dance Academy, Blackhenoh featuring Dale Wallace and music from Skynet Soundz. As the New Year drew nearer, Father David Mumba of the San Pedro Roman Catholic Church delivered a heartfelt blessing for the community, after which Mayor Daniel Guerrero and Area Representative Honorable Manuel Heredia Jr. took the opportunity to welcoming all attendees and wishing them a prosperous 2015.

With only a minute till midnight the countdown began, and as the clock struck 12, a spectacular fireworks show erupted as everyone cheered in celebration of the New Year. Immediately after the fireworks show, DJ Jax kicked off the dance party which went on until almost 2AM. 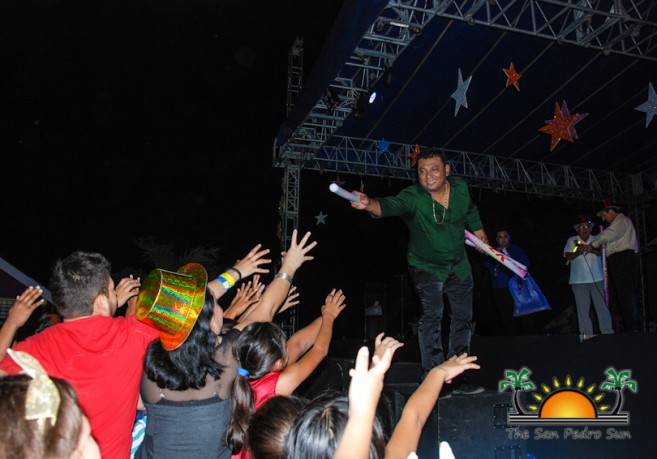 Others opted to attend the San Pedro Lions Club annual Lions New Year’s Eve Party. Revelers danced to the musical styling of Super Furia Band from Orange Walk well into the morning, not stopping till 9AM! 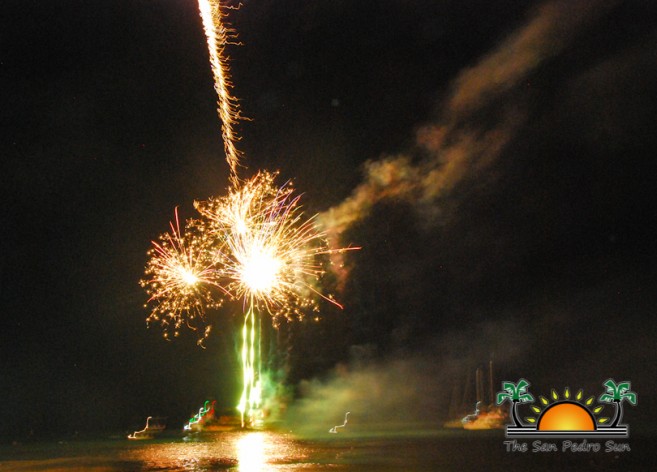 The San Pedro Police Department would like to take the opportunity to thank everyone for celebrating in a safe manner. Police have indicated that no major incidents occurred throughout the New Year’s celebrations.

The San Pedro Sun wishes all its readers a safe and prosperous 2015!