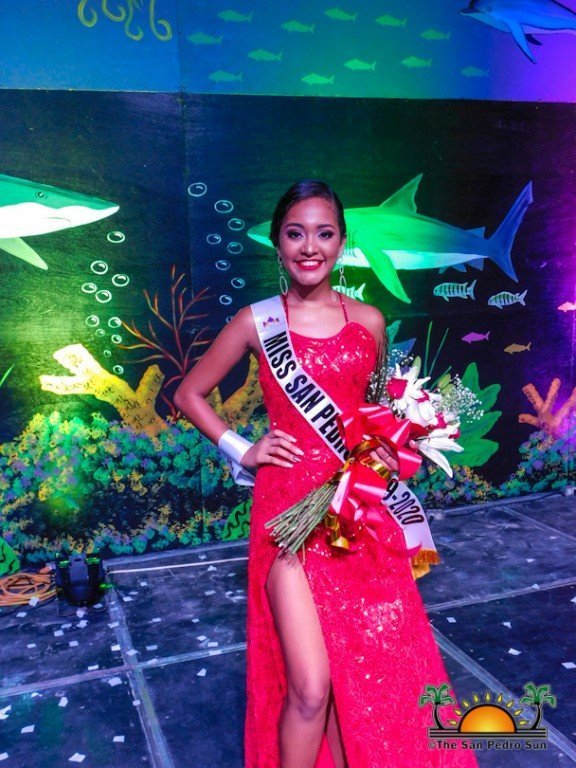 Held at the Honourable Louis Sylvestre Sporting Complex in San Pedro Town, the pageant saw five beautiful contestants vying for the coveted title in a show that delivered confidence, elegance, poise, and entertainment.

At 8:30PM, hundreds of island residents were present to watch who would be the next beauty ambassador. Organized by the San Pedro Town Council, the show began with the singing of the National Anthem. 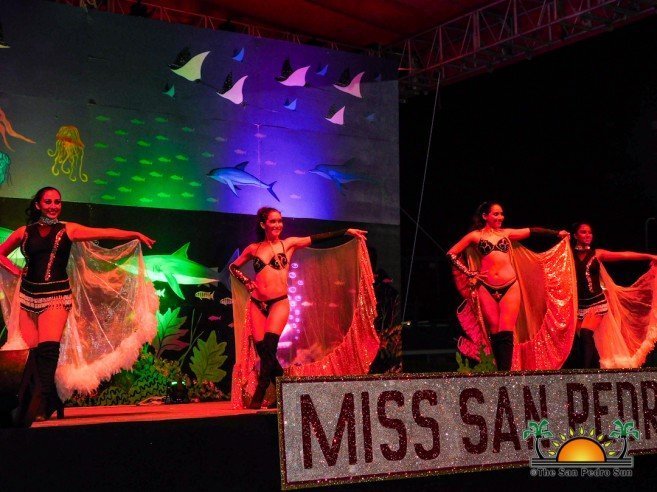 This was followed by an opening performance from Mexico’s Alma Caribena. 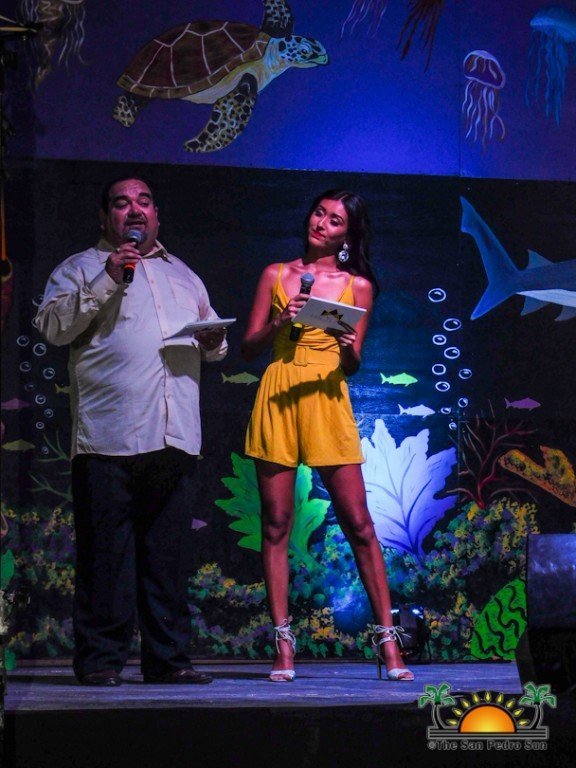 Master and Mistress of Ceremonies (MC) Eiden Salazar Jr. and Iris Salguero then officially welcomed everyone to the pageant and called on the candidates to showcase their opening performances as well as to introduce themselves.

In the marine costume segment, each girl wore colorfully decorated dresses depicting one of the many fish found in Belize’s Barrier Reef.

Each girl also highlighted the importance of protecting and preserving the barrier reef and marine life. 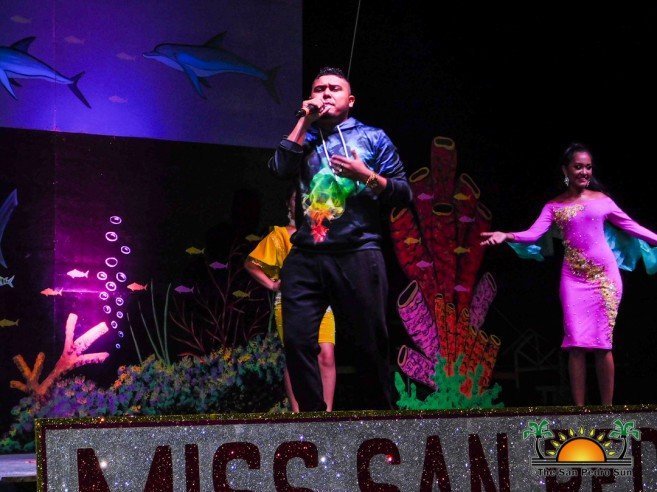 While they modeled their dresses, San Pedro’s very own, ‘El Criminal’ kept the atmosphere going with his song ‘Mi Isla.’

As the girls prepared for the next segment, Alma Caribena set the stage on fire once again with their energetic performances. That set the stage for the swimwear segment, in which each contestant lit up the stage with her presence. 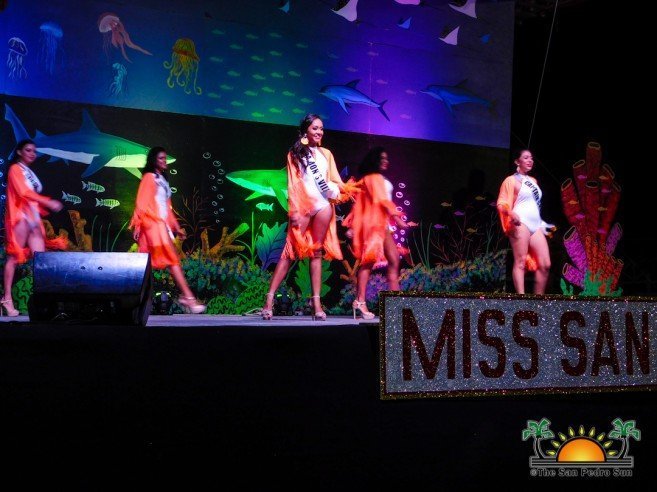 They drew loud applause and cheers from the audience as they confidently modeled across the stage.

Once they retreated backstage, it was time to get ready for the most anticipated section of the show, the evening wear. During the intermission break, Alma Caribena was back performing once again for the large crowd.

In the eveningwear segment, the girls modeled stunning, breathtaking gowns, gracing the stage before a captivated audience. Each candidate smiled, modeled, and posed for the judges and the crowd. MC Salazar then introduced the final part of the show, the question and answer segment. The questions tested the girls’ knowledge about HIV/AIDS awareness, equality in our society, and the effects of social media in today’s generation. They all confidently answered the questions to the best of their knowledge.

Alma Caribena then took to the stage for one last performance, while judges tallied their scores. Outgoing Miss San Pedro Chelsea Muñoz took her final walk on the stage in a stunning red dress, thanking the entire community for their support during her reign. She also thanked everyone who was there for her while she fought against Hodgkin’s Lymphoma cancer during her reign. Finally, she wished her successor the best and encouraged other girls to follow their dreams and always to put God first.

The five lovely girls once again graced the stage, accompanied by El Criminal singing to his single ‘Dimelo.’ When the scores were submitted, Salazar and Salguero announced the winning categories. 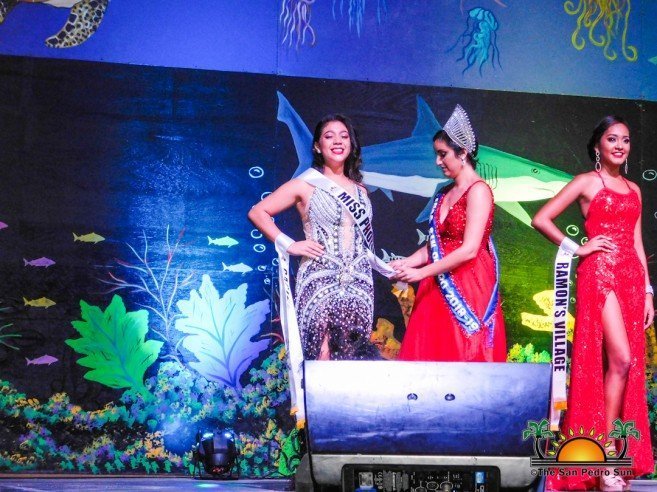 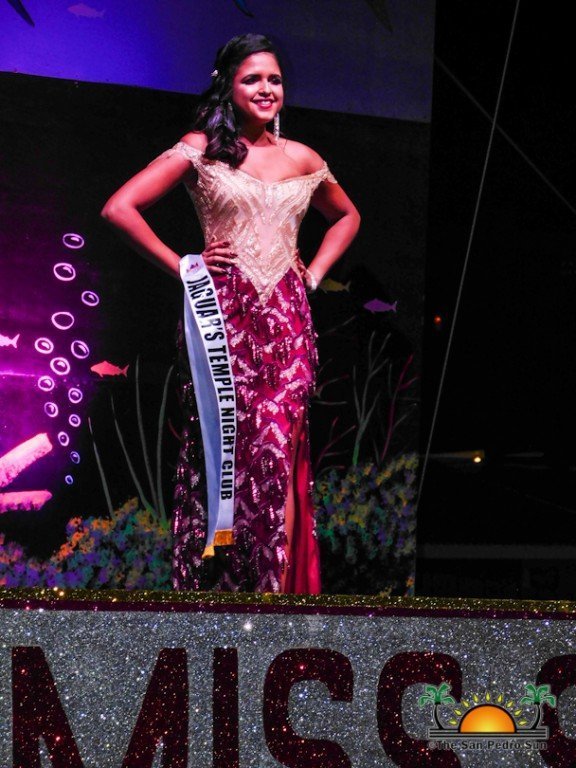 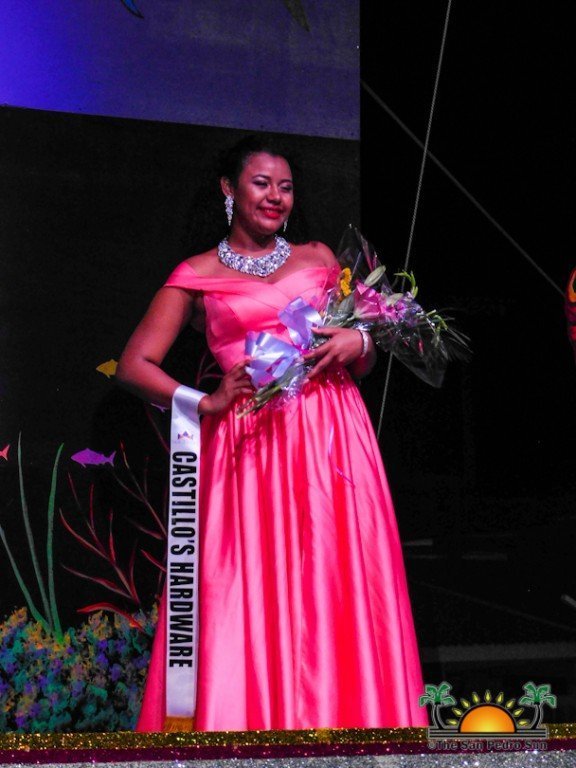 First, runner-up went to Tanisha Rhaburn. As first runner-up, Rhaburn will need to perform the duties of the winner in the event Miss San Pedro cannot carry on with her reign. 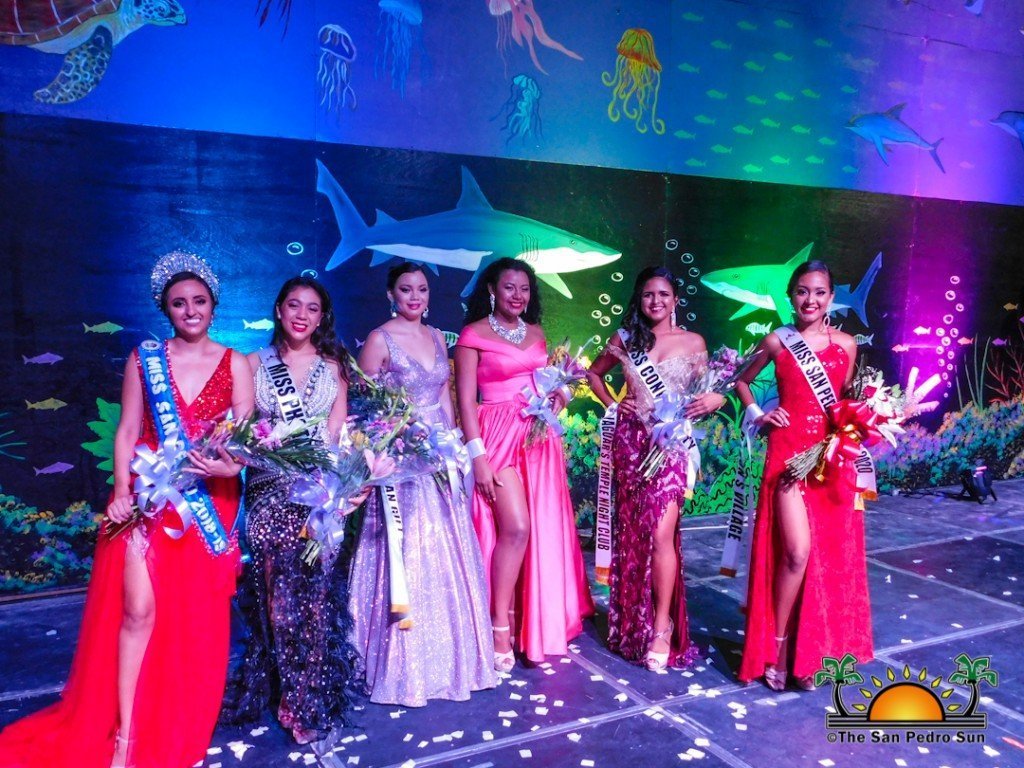 To the beat of drumrolls, Salazar and Salguero then gave the announcement everyone was anticipating; the new Miss San Pedro 2019-2020 is Litzy Castillo! She was sashed by Muñoz and then presented with her bouquet while thanking the crowd and supporters. 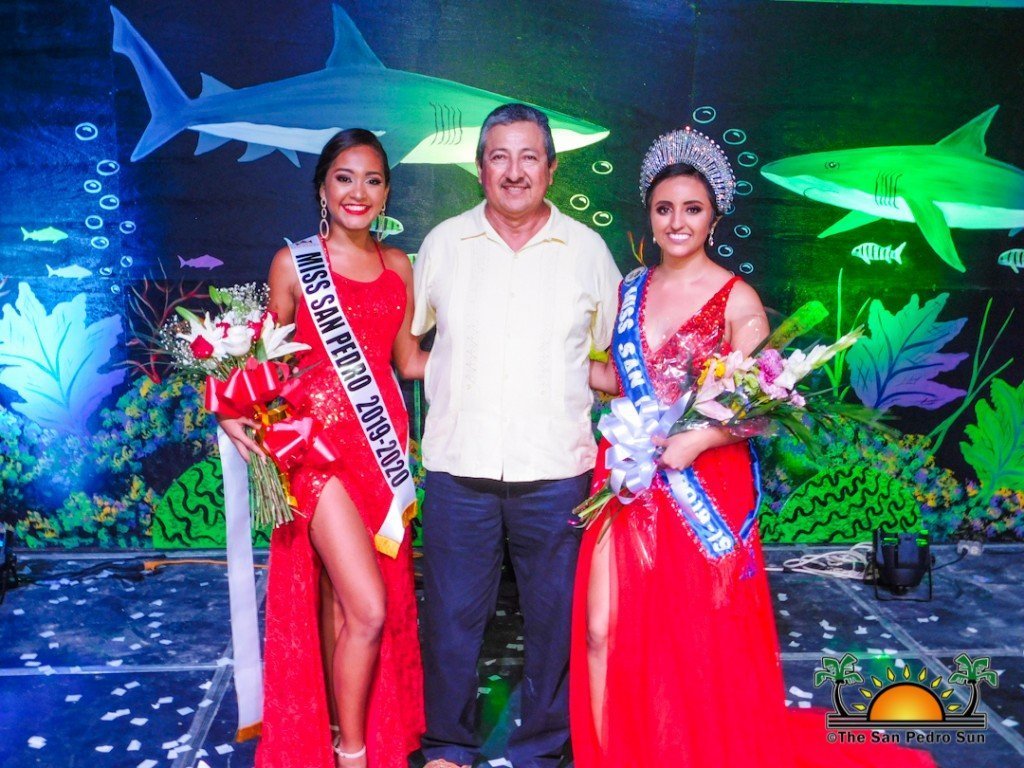 Castillo will officially be crowned on Tuesday, September 10th, during the first event of the patriotic festivities of the September Celebrations. The San Pedro Sun joins the entire island community in congratulating Castillo and all the other contestants for another memorable show that has been recorded in the pageantry history of the island. We wish Castillo the best during her reign!