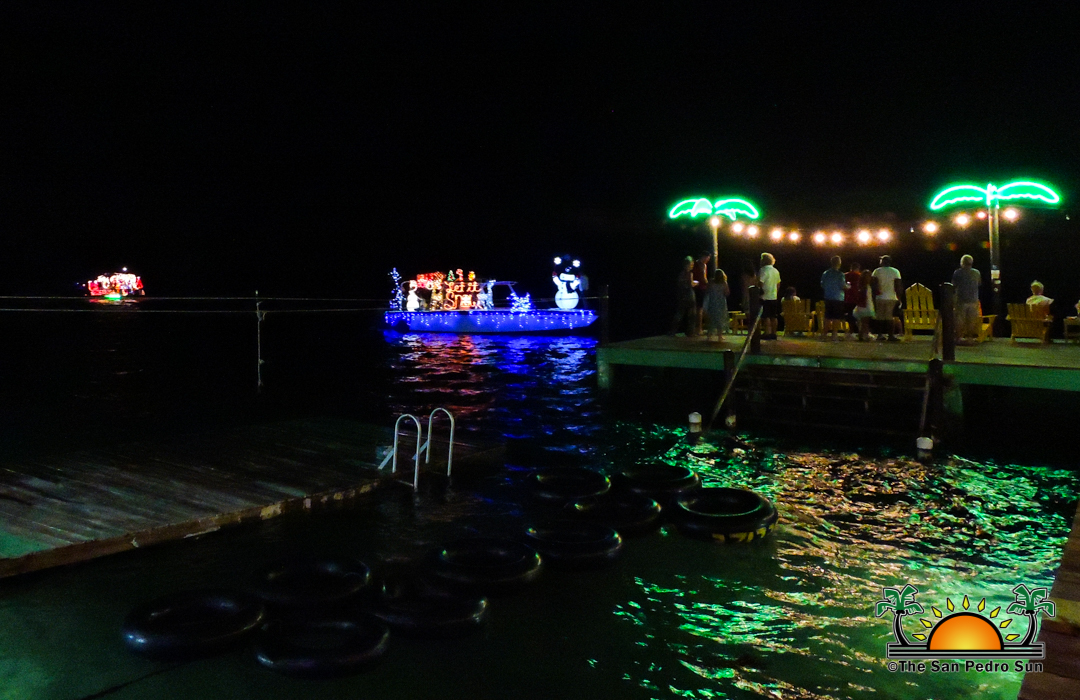 Team Chingon claimed the top prize at this year’s Annual Holiday Lighted Boat Parade held on Saturday, December 7th. Hundreds of onlookers came out to the beach, docks and shore-side bars to enjoy the traditional Christmas celebration. The night coastline was decked with several creatively decorated vessels setting the parade route aglow. It was an evening full of holiday cheer and fabulous cash prizes for the top participants. 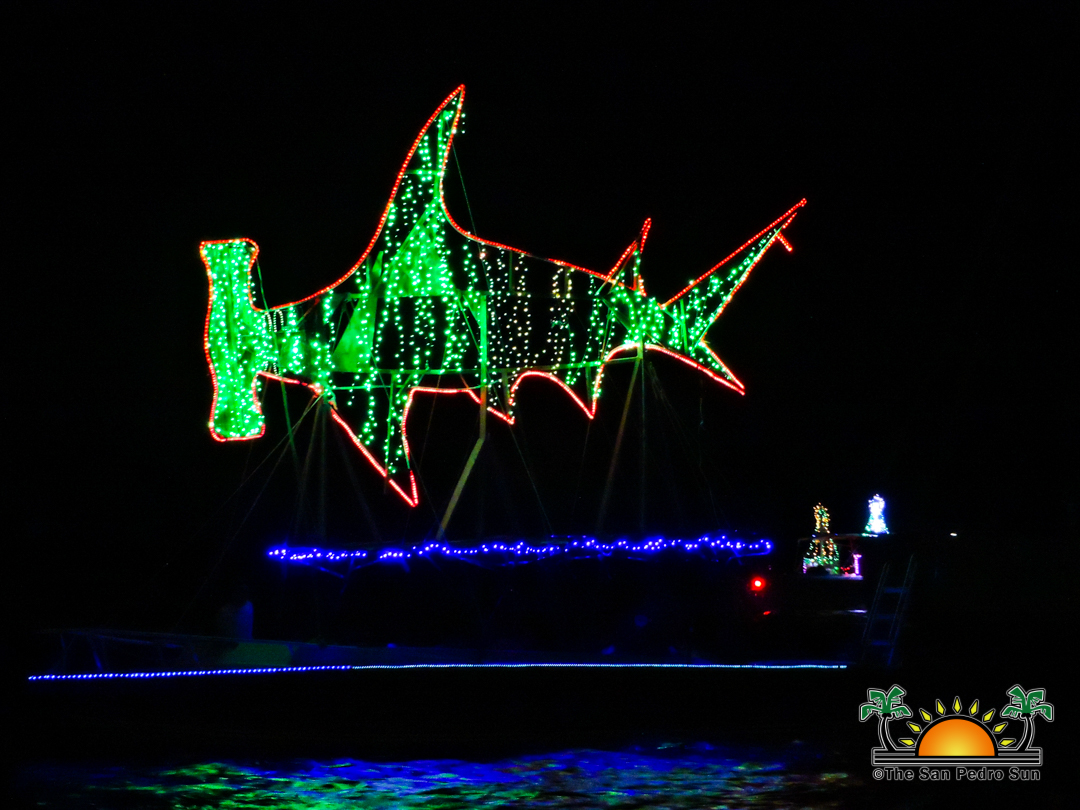 The colorful boat parade began after sunset, as the nine boats participating this year lined up in front of Wayo’s Beach Bar by the Boca del Rio Area. Many of the establishments along the coastline were packed with people eagerly waiting to see the lighted boats. As they made their way south one by one, spectators along the way could be seen trying to get the best vantage point to admire the creativity on display. 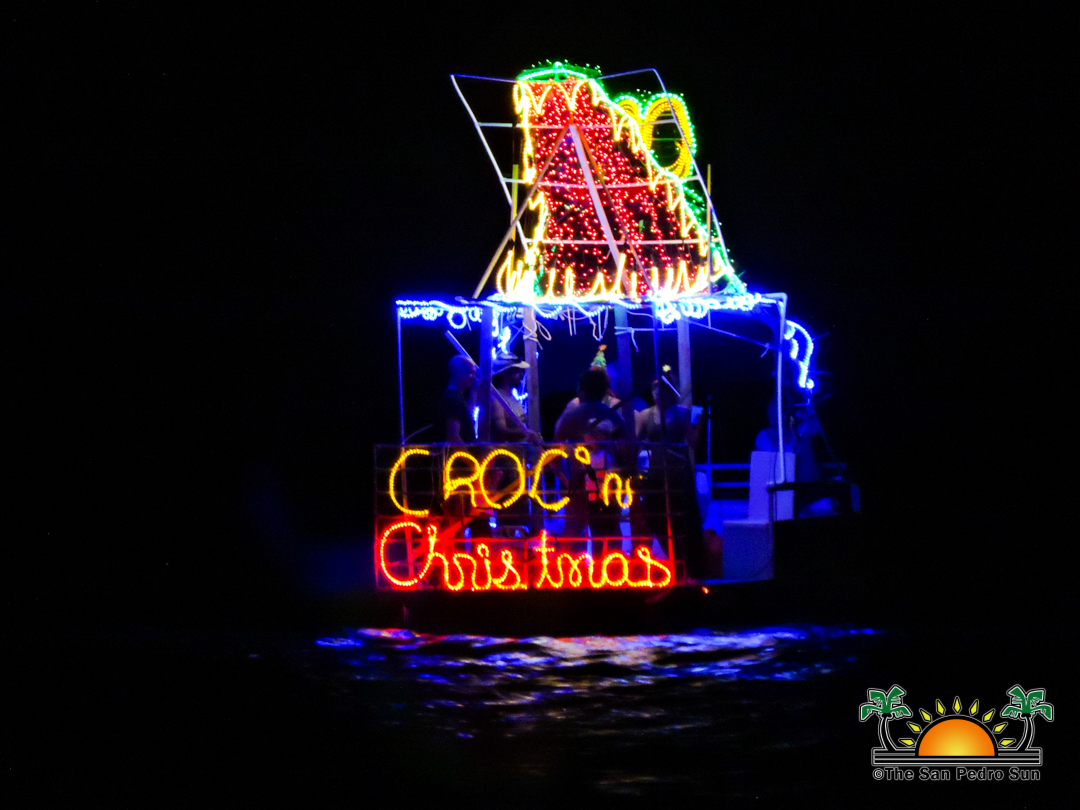 Ranging from a hammerhead shark, to a Christmas themed 3-D crocodile and Santa tossing lighted ‘trash in the can’ encouraging everyone to keep the island clean. 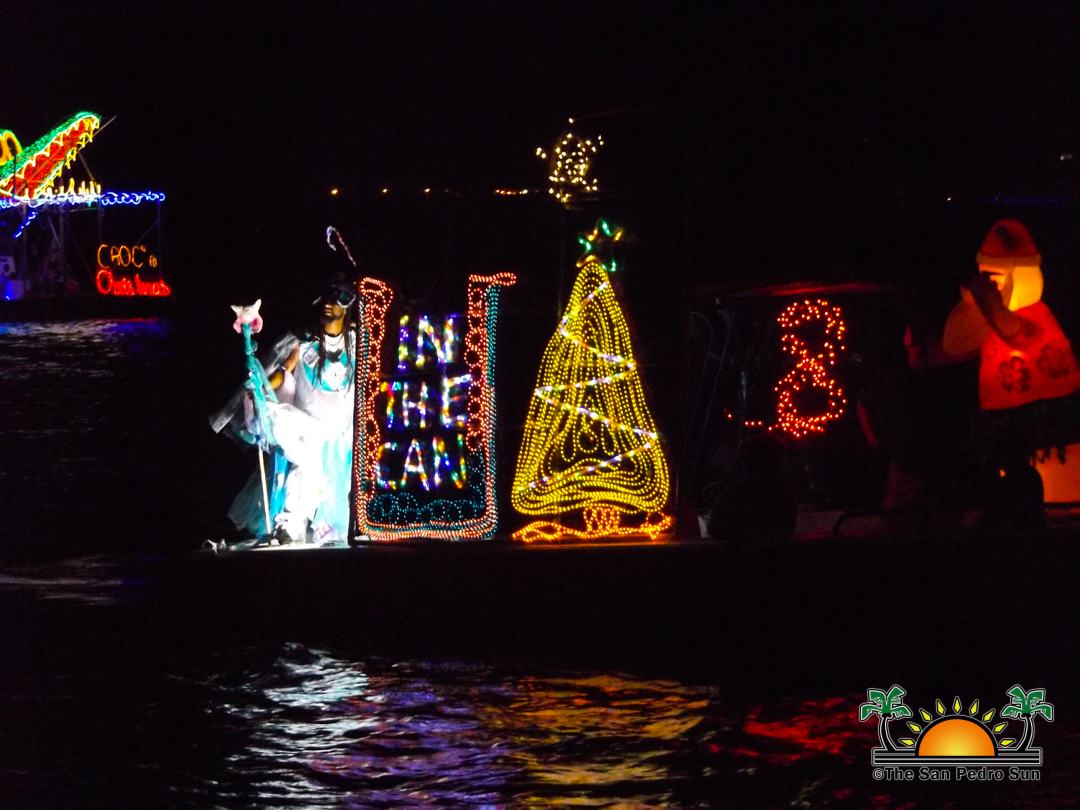 During the parade each boat passed the official viewing station at Sandbar’s Beachfront Hostel and Restaurant dock, where judges had their first look and began tallying scores for their favorite boats. 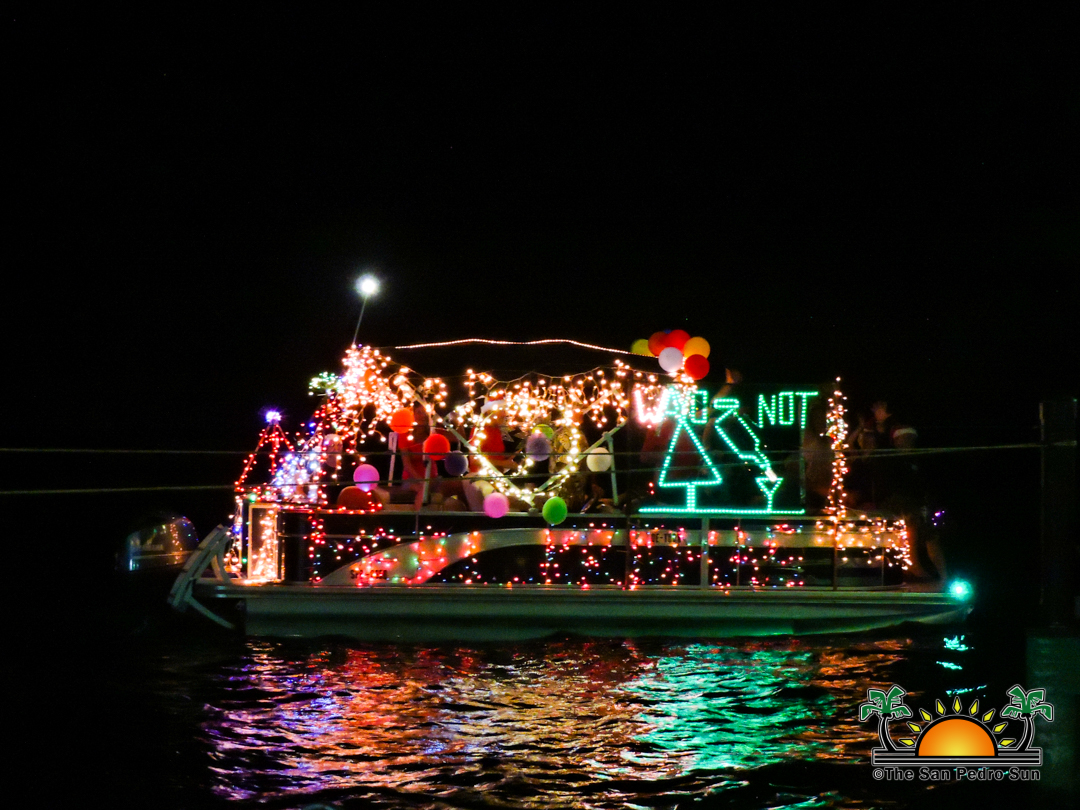 After reaching the point of return in front of Crazy Canucks Beach Bar south of town, the boats headed back to Sandbar’s dock for a second look from the judges. 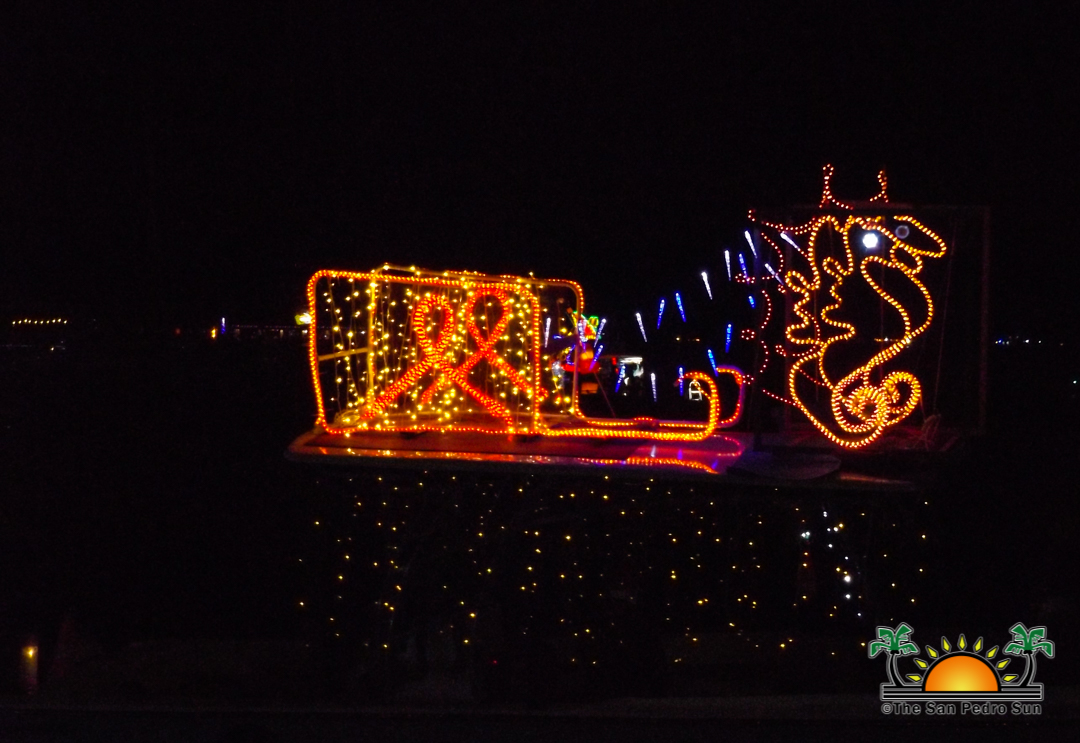 Afterwards, everyone gathered at Sandbar’s bar, where an award ceremony took place. Mayor Daniel Guerrero delivered a few remarks, congratulating all participants and sponsors for once again making the event possible. 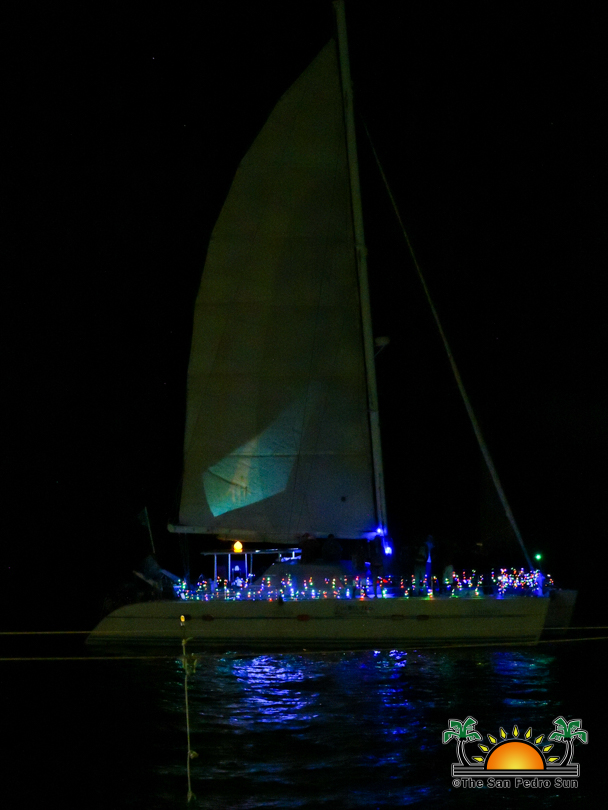 He is hopeful that there will be another boat parade in 2020, with many more boats. “There are hundreds of boats on this island, we can make this event bigger and better,” he said. Against the allegations that there will be no boat parade in 2020 (due to lack of financial support), Guerrero pledged that The San Pedro Town Council would donate $5,000 towards the cash prizes of next year’s event. 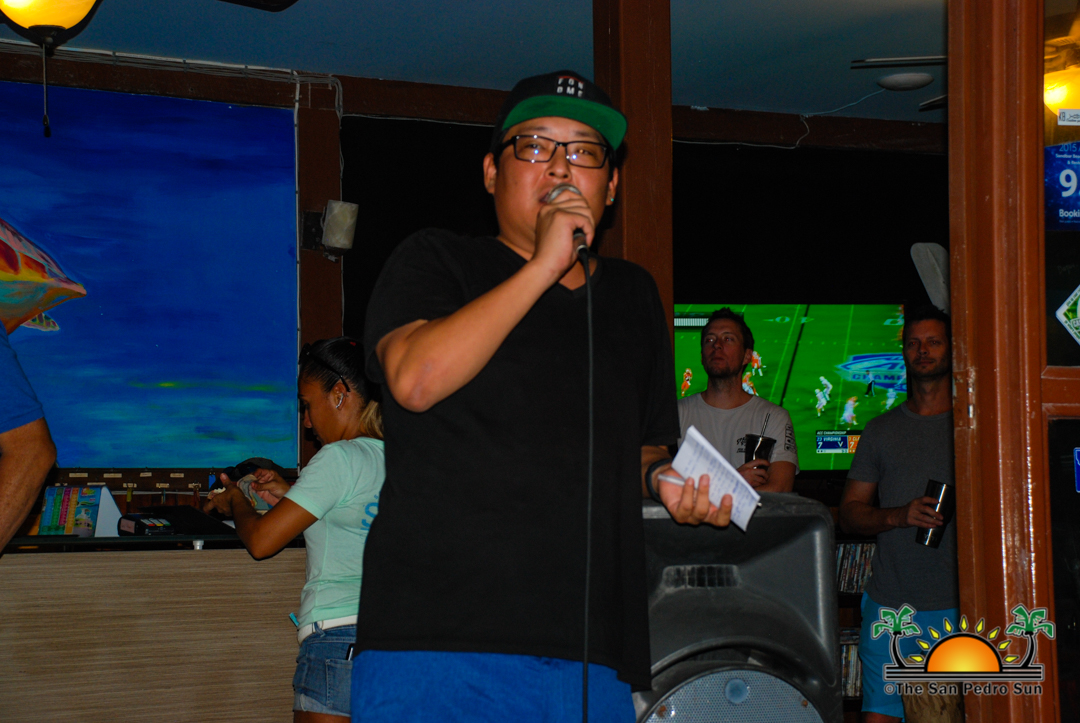 Thereafter, Master of Ceremonies Joe Chung announced the winners. Taking fourth place along with a prize of $500 cash was QE Toon. 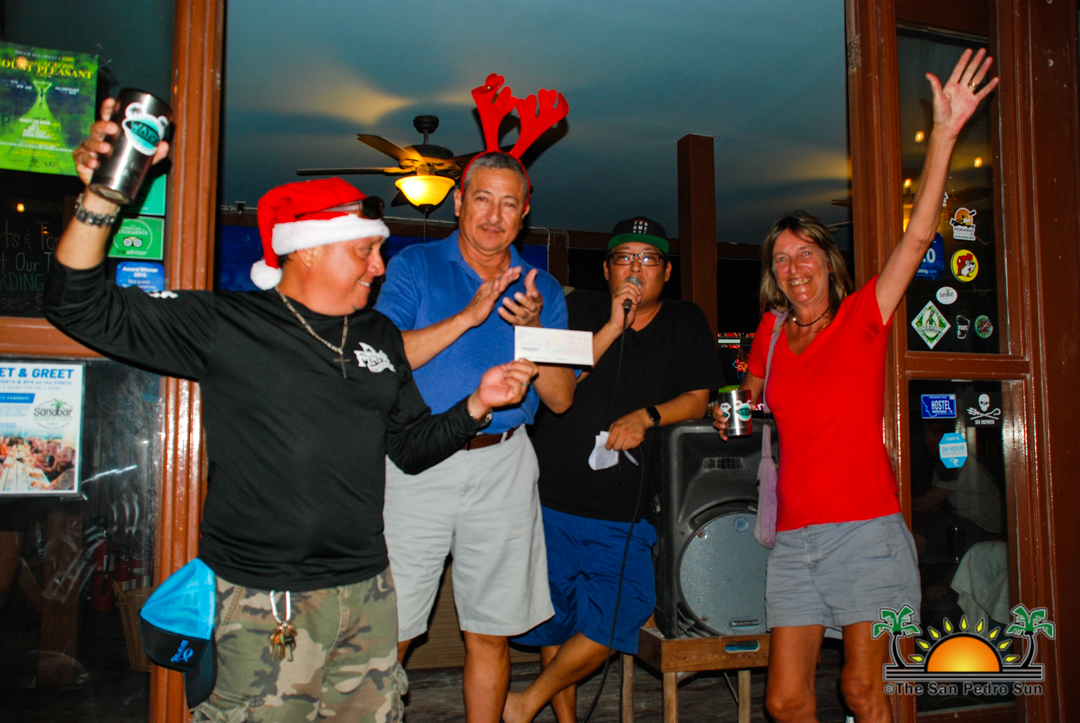 They donated their prize to the Holy Cross Anglican Primary School. 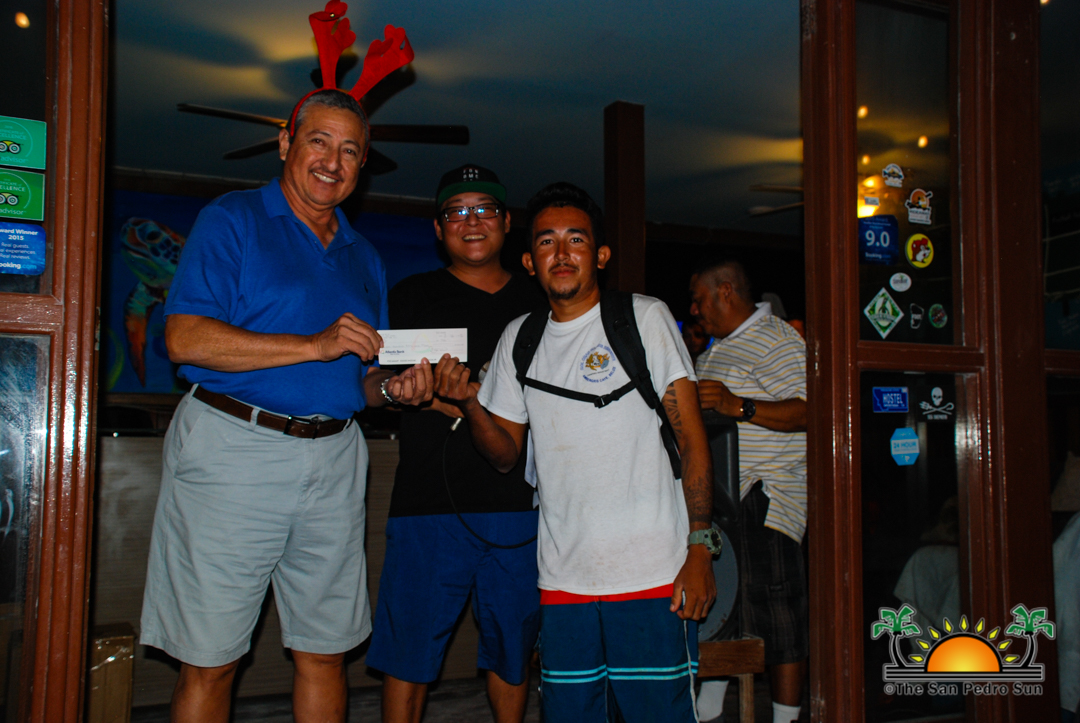 In third place was Kids in Action sponsored by the San Pedro Tour Operators, winning a cash prize of $750. 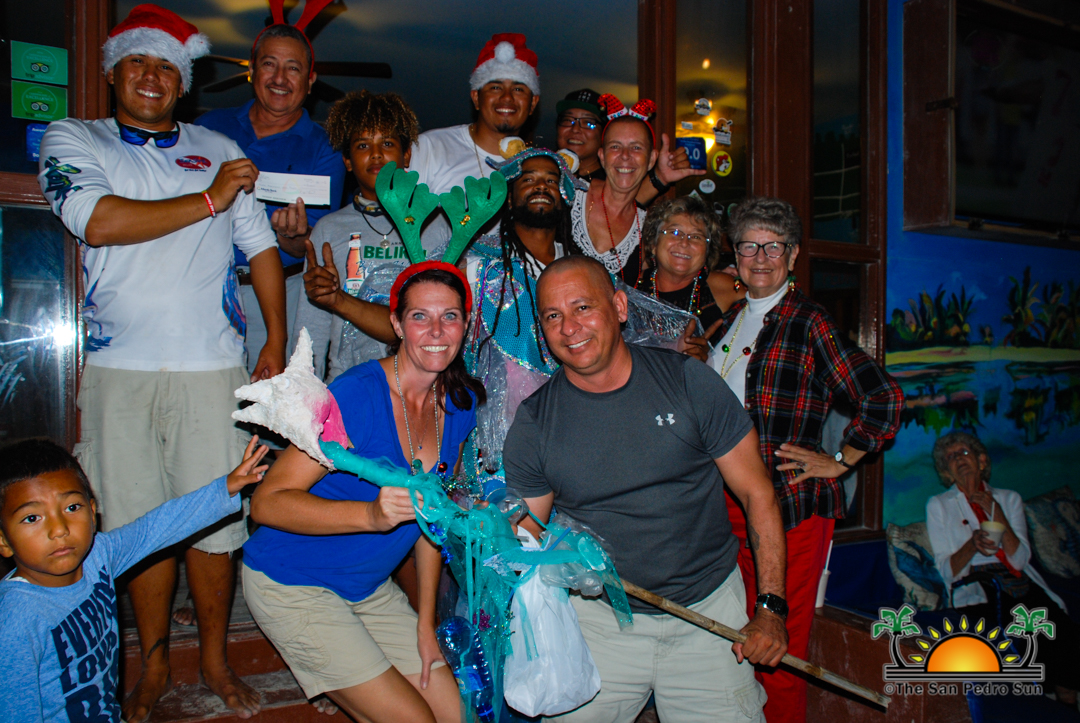 The Best Charity Boat was the San Pedro Branch of the Belize Tourism Industry Association, taking home $2,000. They were sponsored by The Truck Stop, Belize Food Concessions and Sea Star Belize / The Dive Bar. 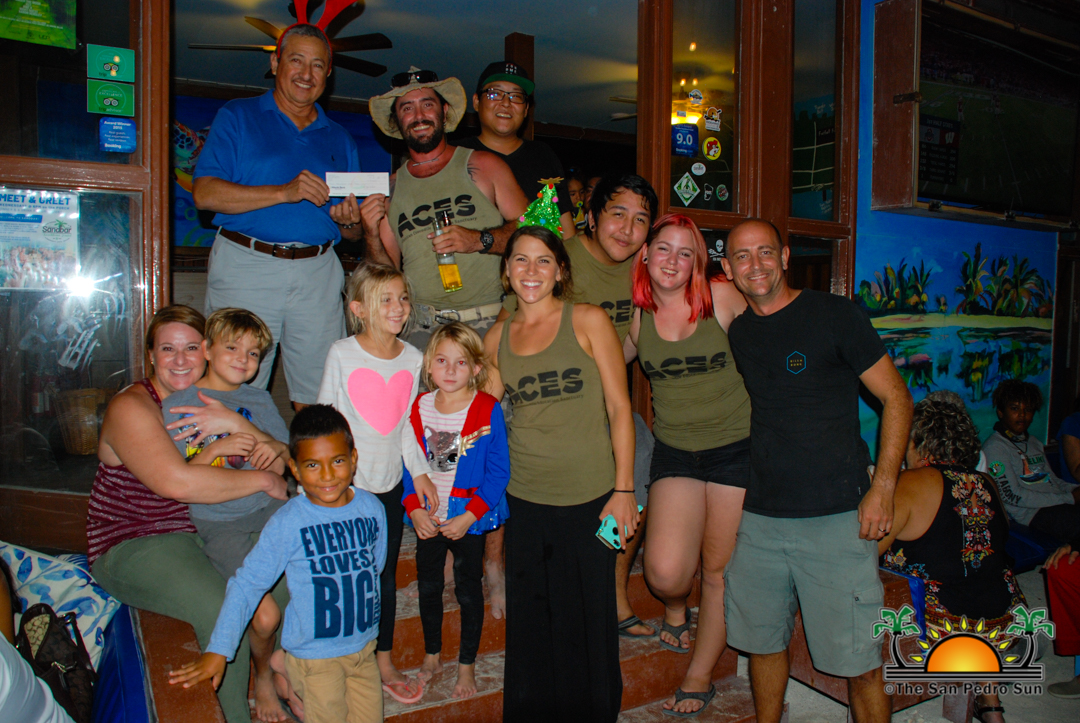 The second place winner was American Crocodile Educational Sanctuary (ACES) aboard the Wayo Not boat and sponsored by Sandbar. They were also awarded a cash prize of $2,000.

Winning a total of $4,000 and taking this year’s first-place coveted title, was Team Chingon! 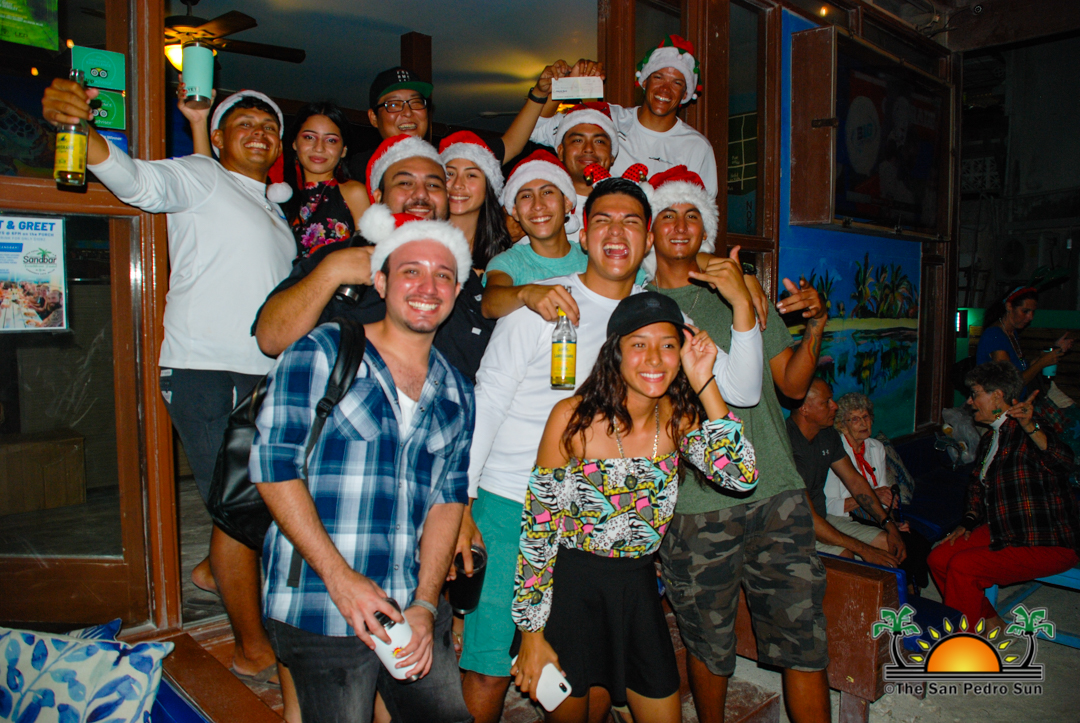 The self-sponsored team happily accepted their prize and joyfully celebrated their win. Before closing the award ceremony, Chung announced an additional cash prize to be decided by the audience. He mentioned the names of each participating boat and the team getting the loudest cheers would win an additional $1,000. Taking this extra cash prize was ACES, who closed the night with a total of $3,000.
There was also a special mention to Sail Belize Native Tours for coming all the way from Caye Caulker to participate in this year’s boat parade.

After the ceremony, everyone mingled and continued celebrating inside the Sandbar restaurant. Organizers thank all participants and congratulate all the winners. They also give a BIG thank you to all the sponsors who contributed to another successful holiday lighted boat parade. These included Belize Tourism Board, Hol Chan Marine Reserve, Sandbar Beachfront Hostel and Restaurant, Castillo’s Hardware Co. Ltd and Captain Shark’s Belize.

A big thank you also goes to The San Pedro Sun for their amazing support and media sponsorship throughout the years of this annual tradition! Finally, a very big thank you to Island Dream Tours – YOLO for providing the VIP viewing boat, with all proceeds being donated to Hope Haven – Belize!