One of the most aggressive marine predators inhabiting Belizean waters became the prey during the fourth annual Caye Caulker Lionfish Derby Competition on Saturday, March 23rd. Held at the Barrier Reef Sports Bar and Grill, the competition saw eight teams heading out to sea early in the morning to try and catch as much Lionfish as possible. In addition, there were some fabulous prizes up for grabs, including for Smallest Lionfish, Largest Lionfish, Most Lionfish caught by scuba divers and Most Lionfish caught by free dive. 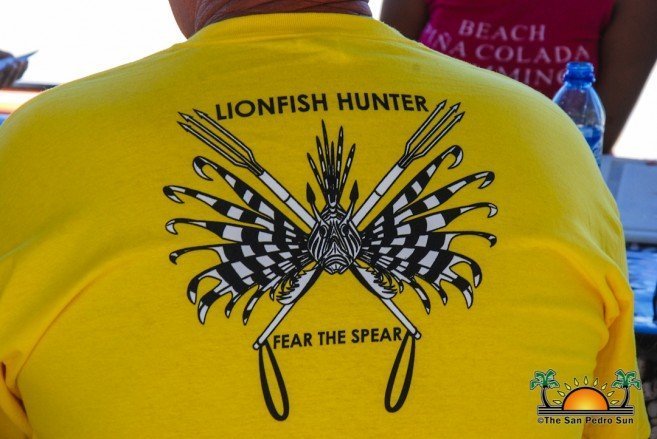 Ambergris Caye was represented by Team Chingon and Team Amigos del Mar, who joined the six other teams out at sea to try and make a dent in the population of this invasive fish species. Many of the teams travelled as far as Turneffe Flats, hunting down the Lionfish. While organizers and volunteers waited for the teams to head back to the official weigh-in station by 3PM, island residents and visitors alike were invited to visit booths on the beach. There, they could learn more about the Lionfish, and even purchase jewellery made from parts of this fish.

Close to 3PM, the participating teams began arriving at the weigh-in station with ice boxes full of lionfish. Organizers and volunteers began weighing the catches that came in all sizes. A large amount of the Lionfish caught were females in maturity for mating. According to one of the main organizers Lynne Harris, this invasive species reproduces at an alarming rate. It is estimated that they can produce millions of offspring per year, and by not having any natural predator in the sea, they have become a huge threat to the juvenile fish they mostly prey on. 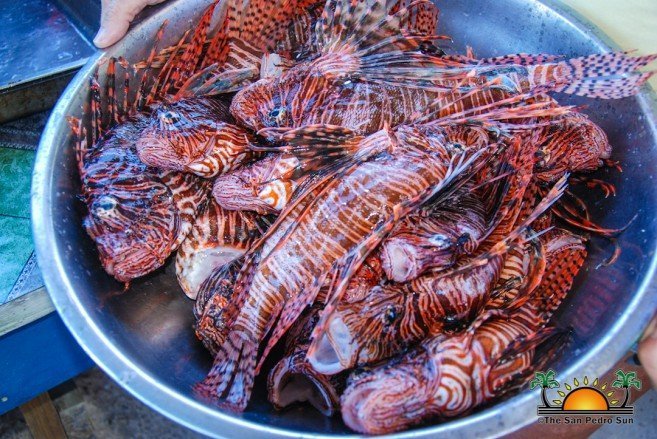 After weighing all catches, a total of 618 lionfish were recorded for this year’s event. The amount is gradually decreasing every year, and the participants told The San Pedro Sun that they definitely noticed less lionfish out at sea. However, that doesn’t mean they aren’t out there, and fishermen believe that these derbies should be a regular occurrence to make a bigger dent on the Lionfish population. 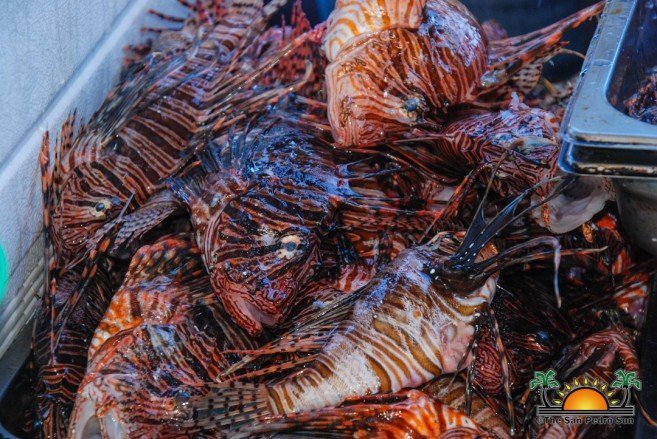 Following the weigh in, the respective winners were announced. The Biggest Lionfish was caught by team Ketch Goma, measuring 38.3 centimetres, and they walked way with $100 and a bottle of rum. Team French Angel won the prize for the Smallest Lionfish measuring 10.0 centimetres and first place for the Most Lionfish caught by free diving. They caught a total of 160 lionfish and took home a total combined cash prize of $600 and a rum bottle. Winning the top prize for the Most Lionfish while scuba diving for another consecutive year, was Team Amigos from Ambergris Caye. They caught a total of 95 Lionfish and went home with a cash prize of $500. 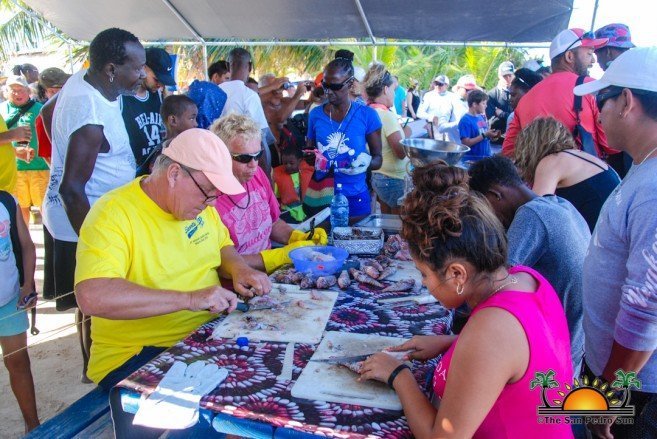 After the award ceremony, everyone was invited to sample cooked lionfish, available grilled or fried for donation of $1, which went to the Caye Caulker Cancer Group. Organizers thank the participating teams and all volunteers, who came out and assisted in making this year’s Lionfish Derby another successful one. 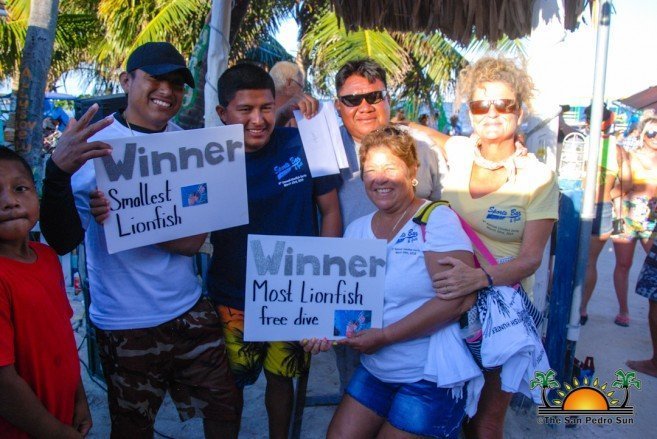 Organizers of the event look forward to hosting the competition once again in March 2020.