« Older: Stagnation of the New River: What is Being Done and the Prospect for Improvement
Newer: » Elda the Warrior


Belize will serve as the test-case incubator to develop solutions and a viable action plan to clean up marine plastic litter and plastic waste control on land. This was one of the major outcomes of a high-level regional dialogue held with the support of the Commonwealth Litter Programme (CliP) at the Belize Best Western Biltmore Plaza Hotel in Belize City last Thursday and Friday, September 5th and 6th. 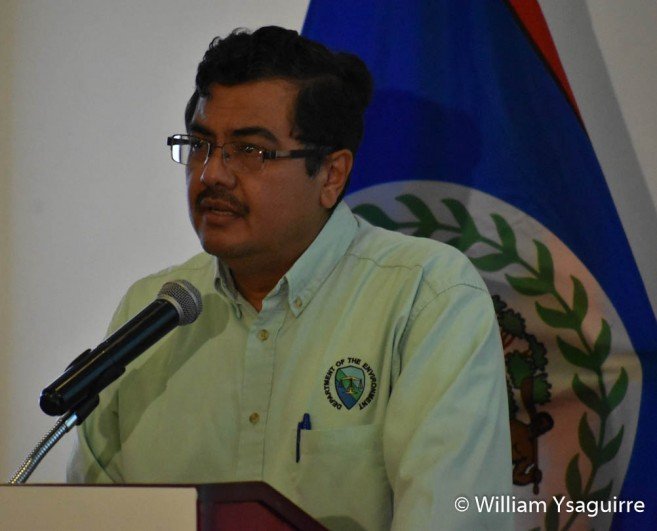 Chief Environmental Officer Martin Alegria said a scientific approach was best, with scientific monitoring to quantify and measure the impact of plastic litter throughout the marine eco-system, to provide accurate evidence to guide decisions on policy. The other participants from CARICOM, Central America and other parts of the Commonwealth agreed. 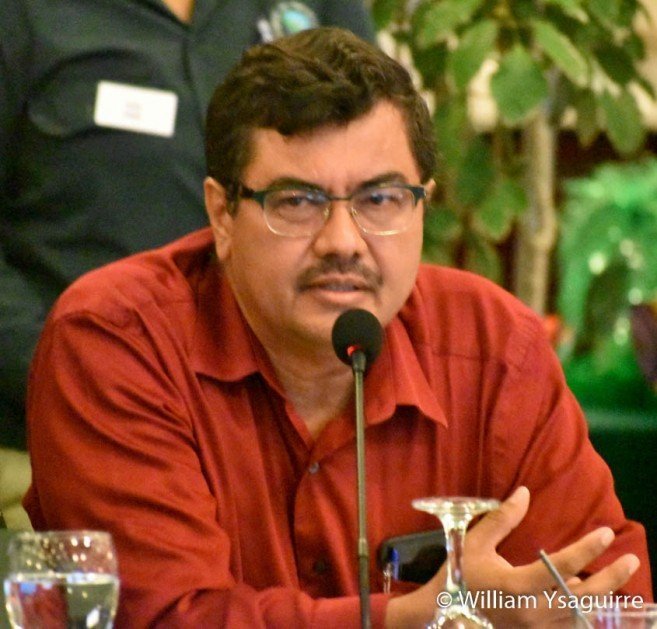 The evidence so far indicates that the best way to change the public’s behavior in their use and disposal of plastics is to sustain the outreach and education campaigns already started.
The other regional partners agreed to work together sharing experiences, and in this, they acknowledged that Belize’s Marine Litter Action Plan (MLAP) was pioneering the way to a solution, and for its part, Belize agreed to share its experience of what works in solving the problem of plastic litter.
Environmental officer Maxine Monsanto presented the action plan, which recommended that Belize should find the funding to strengthen the capacity of its academic and scientific institutions to conduct a scientific monitoring program of plastics in Belize so that this data might be shared with regional partners. 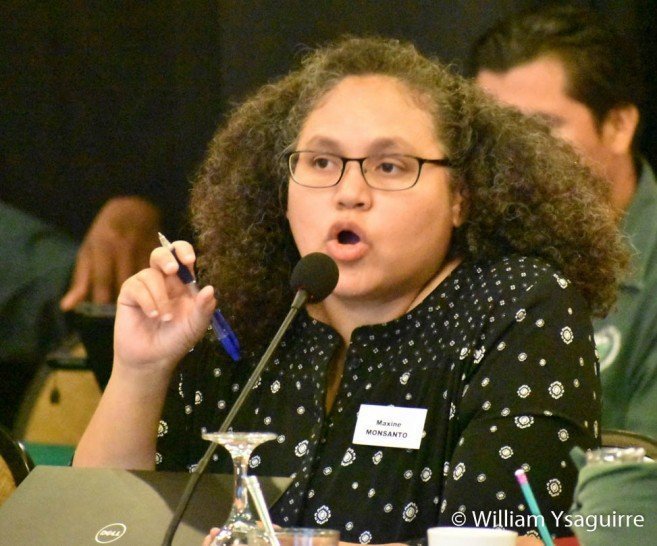 The Department of Environment (DOE) and CLiP had conducted a nationwide survey in June to measure the size and volume of the plastic litter problem, and their findings guided the development of the National Waste Management Policy for Belize. The evidence gathered indicated a need to increase and strengthen the collection of data and to enforce waste management laws. The new data gathered would help develop information upon which to base future policies and ways to clean up and prevent marine litter. 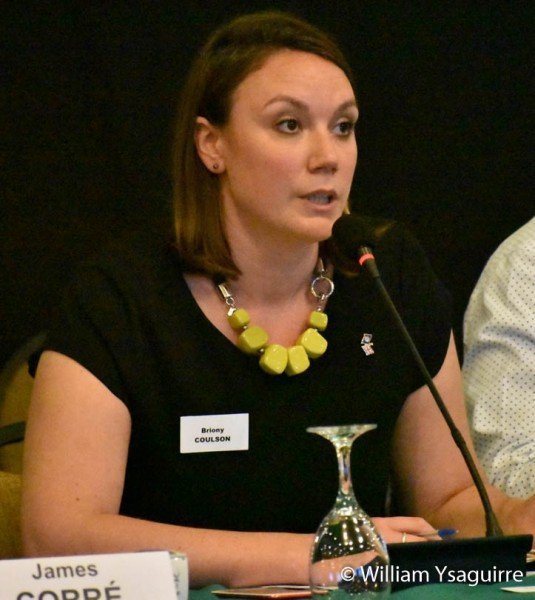 The MLAP calls for a sustained long-term outreach campaign in Belize to educate multiple sectors and audiences. This coordinated approach will encourage Belizeans to change their behaviour in how they manage and dispose of plastic waste, by giving them a better understanding of how marine plastic litter impacts to the marine environment, how it gets into commercial species of fish and conch, and how micro-particles of plastic might ultimately end up in our food on our tables.
Other facets of the MLAP call for legislation to be drafted and implemented to prevent marine pollution. This will help to address waste from sea-based sources – the maritime sector and port facilities, and plastic litter in the marine environment. 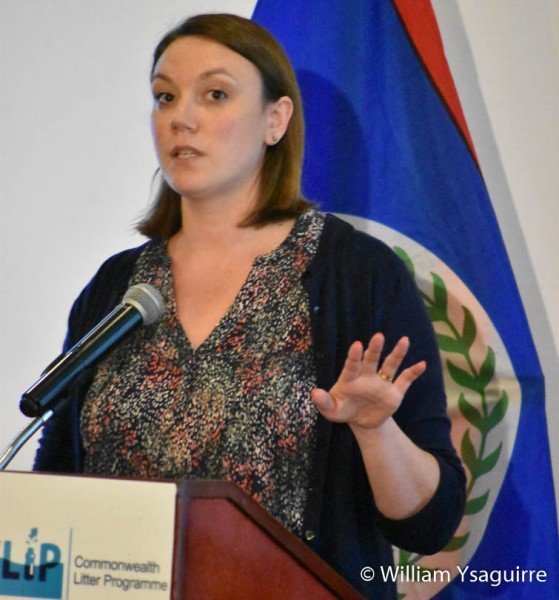 Belize also needs to do more to reduce and recycle waste through a clear government policy, which will be given teeth by enacting laws for a formal and standard approach to managing waste. This would include waste collection and disposal. 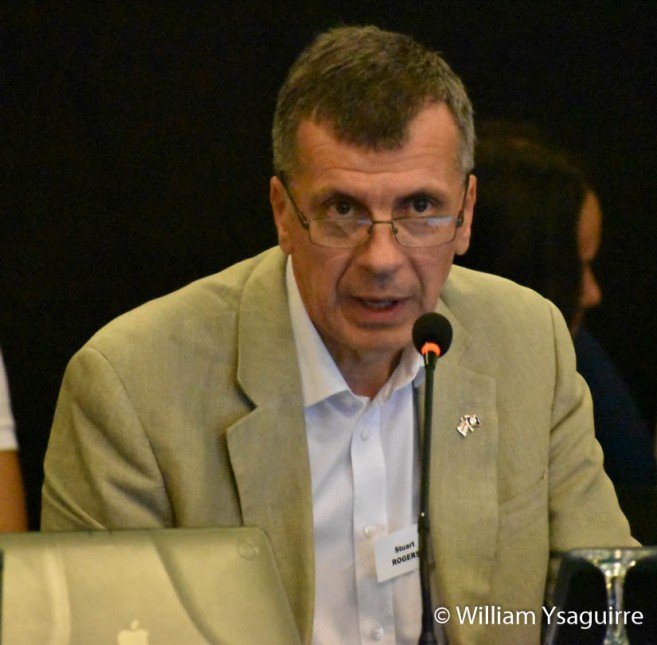 This policy would also promote the recycling sector so that the public would begin to separate their recyclable waste at source, and so reduce the amount of marine litter at its source.
After determining the how there remained the matter of finding the funding to pay the cost of the clean-up and any other interventions. Briony Poulson, Head of the Oceans and Plastic Pollution Unit within the Department for Environment and Rural Affairs (DEFRA), UK, outlined some of the sources, such as the Commonwealth Clean Ocean Alliance (CCOA) which had contributed $2.5 million to the Global Plastics Action Partnership (GPAP), and Canada had contributed matching funds. The Inter-American Development Bank also offered financing through its Sustainable Island Development Programme, and the Blue Tech Challenge. Other sources identified included Germany’s GIZ, Japan’s International Cooperation Agency (JICA) and possibly CARICOM, through some remnant ADF funds. 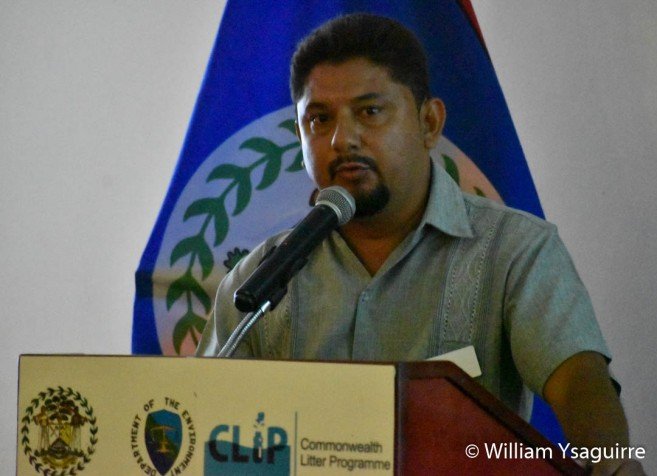 Long considered the bridge between CARICOM and Central America, both of which share the Caribbean Sea, Belize was the obvious choice to serve as the “incubator” for a solution to marine plastic litter, Martin Alegria explained. Belize is already recognized as a leader in marine conservation, with over 30% of our territorial sea under protection, and having a complete ban on offshore oil exploration. Belize will share its experiences, approaches, draft legislation, policy, and methods with sister countries. Belize will test and demonstrate best practices for public and private sector for reducing marine litter and develop and implement policy actions to reduce and eliminate marine litter. 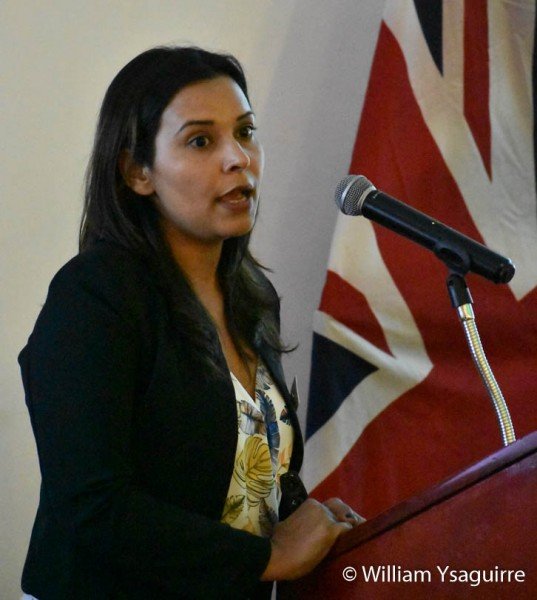 A major concern arising from preliminary evidence was that micro-plastics might be getting into our food, like the fish we eat. Abel Carrias of the Centre for Environment Fisheries and Aquaculture Science (CEFAS) presented their findings. This indicated a need for more training and to build the capacity in surveys, testing and laboratory analysis to detect microplastics in commercial species of fish, as well as in macro-plastic river and beach monitoring. 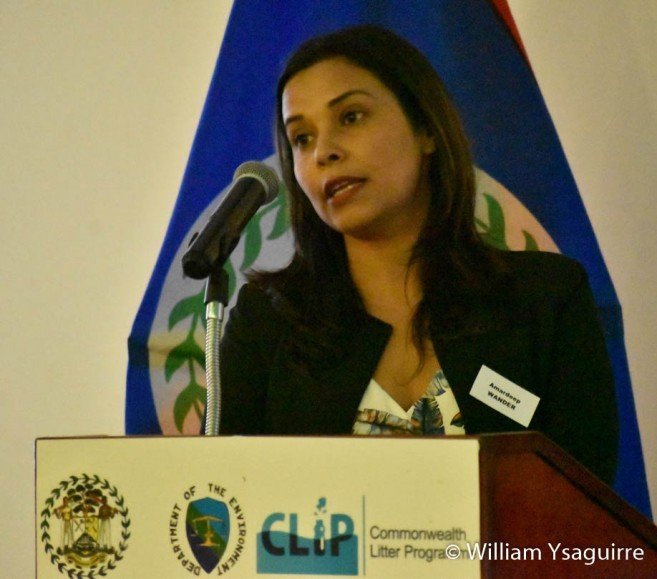 The Belizean public is our largest partner in solving this problem, and so outreach and educational materials must be developed to enlist the public’s help
CLiP project director Amardeep Wander of Asia Pacific Waste Consultants (APWC) had presented some of the findings of the nationwide survey in June. The data gathered allowed the researchers to estimate that the landfill site will be filled by the year 2063, at our present rate of generating waste and including collection of trash within a 10-kilometer radius of each municipality. They also projected that the site could be filled as early as 2050 if the greatest estimates prove correct of the way waste production will grow.
Wander recommended that since organic matter – food, paper, and cardboard dominate the volume of waste collected; the plan should consider having households separate this material at source, possibly to use as compost in their home gardens. Plastics are the second largest component by weight in the trash collected, so phasing out single-use plastic items would be a big help to reduce the volume of garbage. She also recommended that the deposit system on bottles presently practiced by Bowen & Bowen should be extended to other bottlers and importers; as recycling would help extend the life of the landfill.
The UK’s CEFAS helped CliP gather the data. Regarding possible sources of marine garbage, the data showed that cruise liners were the biggest producers of waste, with each vessel averaging 2,000 passengers or more generating 18 tonnes of waste per visit, and with 336 visits last year, this amounted to 6,048 tonnes. The 212 cargo vessels visiting Belize last year averaged 25 crew per vessel and generated 31.8 tonnes, while 171 pleasure craft with an average of eight persons on board visited Belize last year, generating 12,312kgs of waste. There were 30 trawlers operating in Belize waters last year, generating 40 tonnes of waste.
These numbers are based on what the vessels reported; but this may be only the tip of the iceberg, as a MARPOL 2017 study found that the data reported by international vessels tend to be the least accurate, with a variance differential of 20 to 600%. A Western and Central Pacific Fisheries Commission (WCPFS) study in 2015 found that only 27% of the waste generated was landed, and a more recent 2018 report found the landed waste may be as little as 11% of the waste generated, which means the rest is being dumped at sea. Cruise liners generate over 90% of the garbage and plastics in Belizean waters and warrant closer monitoring and enforcement of our laws, given that Carnival Cruises was recently prosecuted in the United States of America for polluting waters and falsifying records.
But there is no data on how much waste is generated on domestic fishing vessels, nor how it is disposed of. Since most Belizean fishermen belong to one of three major cooperatives, an indicated action was to enlist the fishing cooperatives’ help
Belize has legislated a ban on non-biodegradable plastic bags, single-use bottles and food containers on April 22nd this year, and the ban is expected to take full effect by the end of this year, but there is many a slip between the cup and the lip. A complete enforcement of the ban will be slow as the past importers of Styrofoam plastic containers are politically well connected, and it remains to be seen if the importers of the bio-degradable alternatives will have similar political muscle.