« Older: Our Forest is Our Future – Belize’s forests worth USD$35 Million to REDD+
Newer: » The National Oceanography Center and the University of Belize Sign MoU To Advance Marine Science Research in Belize


UK scientists have been working with Belizean partners to tackle litter in the ocean by collecting data to reveal the extent and type of items present in the environment. 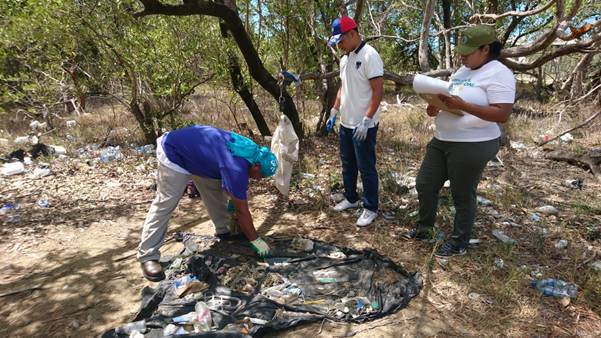 Belizean scientists are joining scientists from the Commonwealth Litter Programme (CLiP) to monitor litter on Belize beaches and analyse their findings in their new marine litter laboratory. Laboratory training has been delivered to nine trainees and the laboratory will be donated from CLiP to the Department of Environment in Belmopan, once the work is completed. The laboratory will help to build capacity and CLiP’s long-term legacy in marine litter for Belize in support of the country’s actions on single use plastics.
Scientists from the UK’s Centre for Environment, Fisheries and Aquaculture Science (Cefas) also hosted four scientists at Belizean Beach on Wednesday to demonstrate their international protocols for cleaning and recording different types of litter on the beach, building on the decades-long dataset collected by The Scout Association of Belize. The event follows three days of training for Belizean scientists at the new laboratory based at the University of Belize last week. 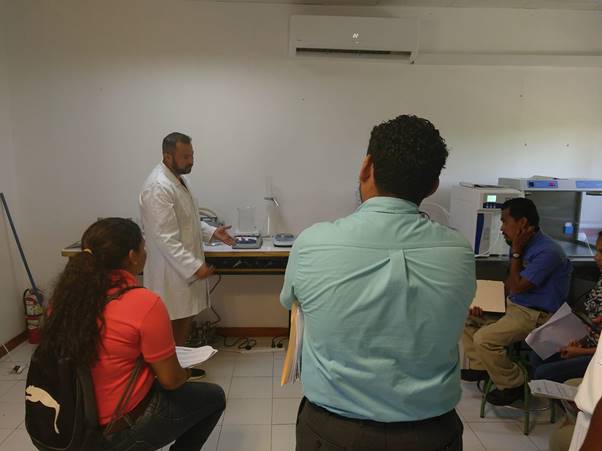 Marine litter can be dangerous to ocean life which often mistake small pieces of plastic and other garbage for food or can be caught up and entangled in other larger littered materials. The CLiP scientists are working with local partners to identify sources of litter and which are most prevalent in Belize marine and river environments. Wednesday’s beach clean training will allow Belizean scientists to build on the monitoring and dataset the CLiP team are collecting over the next two months to reveal future changes in the levels or type of litter in the environment.
The UK government funded CLiP programme enables collaboration between scientists and supports Commonwealth nations in their efforts to tackle marine litter pollution, including small pieces of litter known as microplastics. These are not always easily visible as they can be mixed with sand, soil or other materials. Some microplastics are also found inside fish and other marine life. 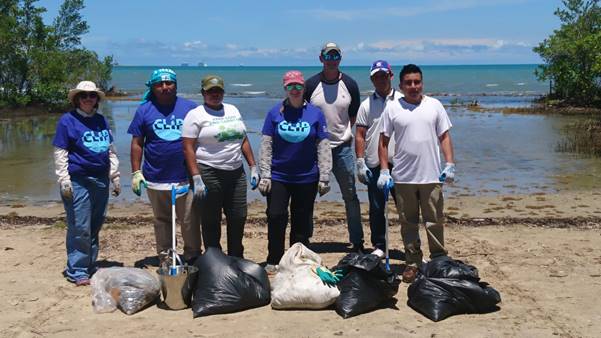 The new microplastics lab based at the University of Belize will enable Belizean scientists to carry out sediment tests to better understand the quantity of harmful plastic pieces in rivers, seas and on beaches. Participants will also be able to use their training on preparing and analysing biota samples to measure the levels of microplastics inside fish.
CLiP Monitoring Scientist Briony Silburn, said:
“Together, we cleaned a stretch of the beach and categorised the items we collected. We found a range of litter including metals, textiles and plastic items. It’s great to see the passion the Belizean scientists demonstrated, and how quickly they took to the methods which will enable comparisons in the type and quantity of litter found, both over time and internationally.”
CLiP Laboratory Lead, Dr Adil Bakir, said:
“We are very pleased to be working with such enthusiastic scientists. The laboratory training as well as their local expertise will ensure that they have the capacity to carry out long term monitoring for microplastics and potentially identify the main sources in Belize rivers and coastal environments.”
Esbin Cha, of Bowen and Bowen said:
“The laboratory training was very useful in helping to understand the impacts that microplastics have on the environment and also providing information on how to test for them. It was very helpful as it also served as a form of standardizing the methods that can be used so as to obtain results that would relate to other organizations as well.”
The partnership between UK and Belize supports Belize’s actions on single use plastics and shared scientific understanding of the marine litter issue and collaboration through the Commonwealth Clean Oceans Alliance (CCOA). The lab will be handed over to the Department of Environment once this phase of CLiP ends, allowing Belizean scientists to continue monitoring plastics in the marine environment.