Over the past weeks, dredging has been ongoing near the southern tip of Ambergris Caye, within the vicinity of the Hol Chan Marine Reserve (HCMR). While these dredging projects, mainly for sand, have permits and one is under the consent of The San Pedro Town Council, a few irregularities have caught the attention of the Mining Unit in the Ministry of Natural Resources. The Unit, which is responsible for allowing dredging, is addressing alleged reports that no silt curtains are being installed within these areas as required. Failure to comply with such regulation can lead to fines or even the revocation of permits previously granted. 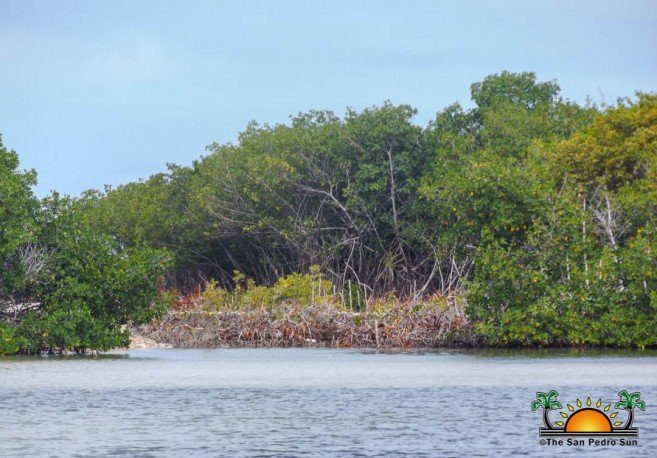 At times, the high sedimentation originating around the dredging machines is clearly seen from a distance. As the activity goes on for hours a day, the concern is the possibility that the large cloud of loose sediments can be carried away by currents towards the barrier reef. An excess of sediment settling on the corals can prevent it from accessing sunlight and essential oxygen, choking it to death. 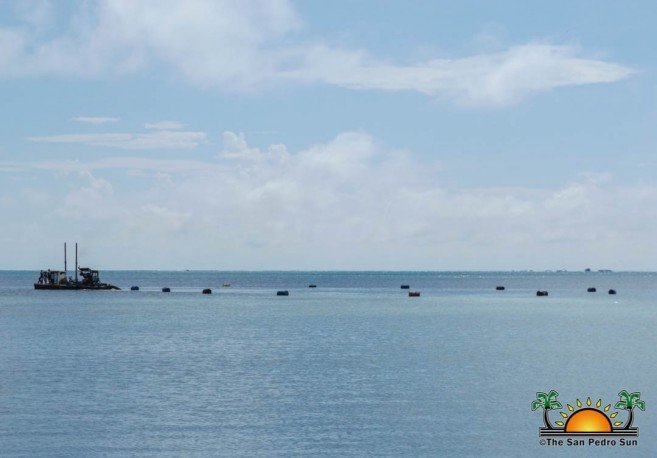 According to many stakeholders on the island, this is a serious threat to the tourism industry, which supports the island’s economy. They call on the respective authorities to monitor these developments to avoid any further damages to the fragile natural resources around the island. The San Pedro Sun spoke with members of the Mining Unit regarding the reported dredging irregularities. They admitted being aware of the reports. They added that warning notes would be sent to the companies/parties involved, as silt curtains are a must since the said dredging is taking place very close to the HCMR and the reef. “We are looking into it and will be addressing the issue with those involved,” a representative of the Mining Unit told the SPSUN. They added that HCMR is assisting them in identifying the irregularities. HCMR stated that they were monitoring the current projects and indicated that anyone with information about any suspected activities could reach out to them. They serve as the bridge to the Mining Unit, which enforces the respective laws concerning mining or dredging. 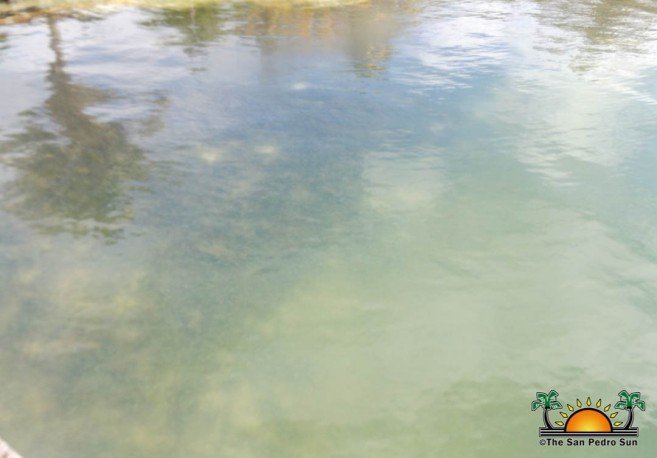 In the past, Mayor Daniel Guerrero has indicated that the sand extracted is for both commercial and community projects. The Mayor further claimed that all the sand dredged on the southern side of the island comes from the central and northern side of Ambergris Caye. “So eventually it will naturally be replaced,” he claimed. But residents living nearby are not quite convinced. They told The Sun that the ongoing dredging has disrupted large areas of seagrass and removed sand near and around their docks, jeopardizing their stability. According to them, the sea next to their beachfront properties were once shallow with lots of juvenile marine life. Today, the waters near the shore are deep, caused by the dredging, allegedly leaving the area without the essential nursery grounds. They also report that the surrounding waters are polluted by oil originating from the dredging machine. 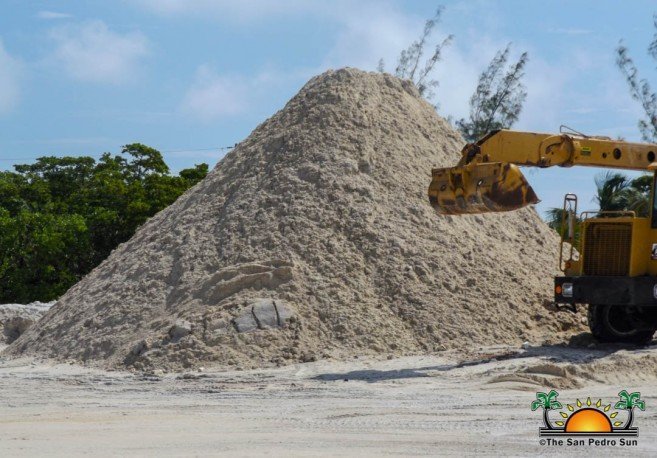 No comments have been forthcoming from the Department of the Environment; however, the Mining Unit is determined to address the issue. They appeal to the general public to report any irregularities to the local authorities on the island or by contacting them directly at 828-7698. 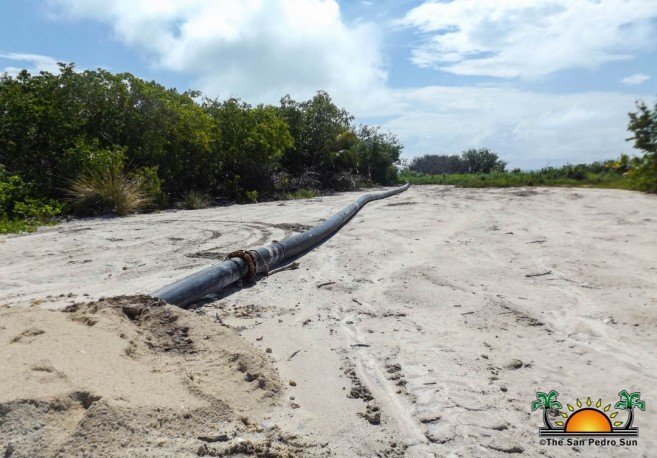