Controversy arose on Saturday, February 28th when news broke of 37 Belizeans who were apprehended by Guatemalan Authorities. According to reports, the delegation of Belize Territorial Volunteers traveled from Punta Gorda Town to the boundary marker at Gracia A Dios to place a flag and plaque. They were intercepted by Guatemalan authorities on their return, at around 3PM on the Sarstoon River. The group, which consisted of 36 Orange Walk Town residents and one resident from Corozal Town, was detained and held in Livingston, Guatemala until arrangements were made for their release. 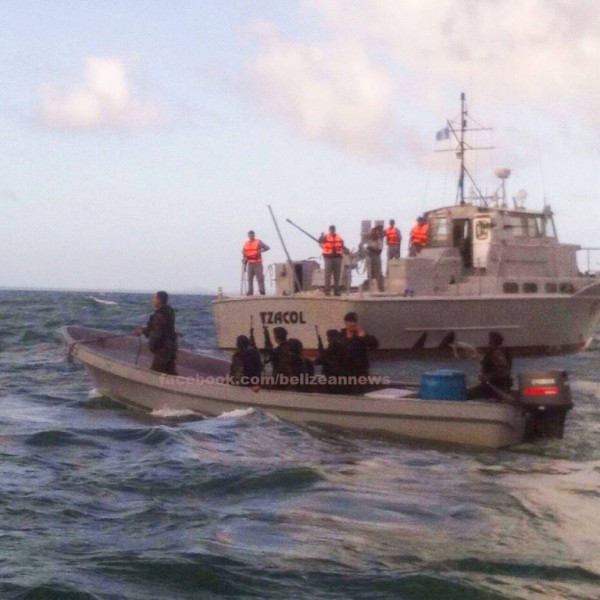 Chief Executive Officer of the Ministry of National Security, George Lovell indicated that the Government of Belize took swift actions to ensure the safe release of the delegation. Arrangements for the delegation’s release was carried out through the Ministry of Foreign Affairs and the Organization of American States (OAS). “At 3:40 pm. on Saturday 28th, February 2015, the Ministry of Foreign Affairs was alerted of reports that Guatemalan Armed Forces had detained a group of Belizean citizens who were returning from an excursion to the boundary marker at Gracias A Dios and that they were being taken against their will to Livingston. The Foreign Minister and the Prime Minister were immediately informed and they gave their directions. Belizean authorities immediately, in accordance with standard operating procedures in managing such incidents, activated the lines of communication to firstly, guarantee the safety and welfare of the Belizeans on board the vessel and their immediate return; secondly, to ensure that they were afforded appropriate consular support; and thirdly, to ascertain the facts. The Belizean Government’s deep concern about the ongoing incident was raised with senior authorities of the Guatemalan Government and of the OAS. Good cooperation through official channels facilitated the swift and prompt return of our citizens to Belize,” stated the Government of Belize (GOB).
Due to inclement weather, the Belizeans were unable to return home on that date. As such Guatemalan authorities accommodated their stay in Livingston, Guatemala for the night. The delegation was escorted back to Belizean territory by Guatemalan military personnel on Sunday, March 1st, where they were greeted with a patriotic welcome by concerned citizens. 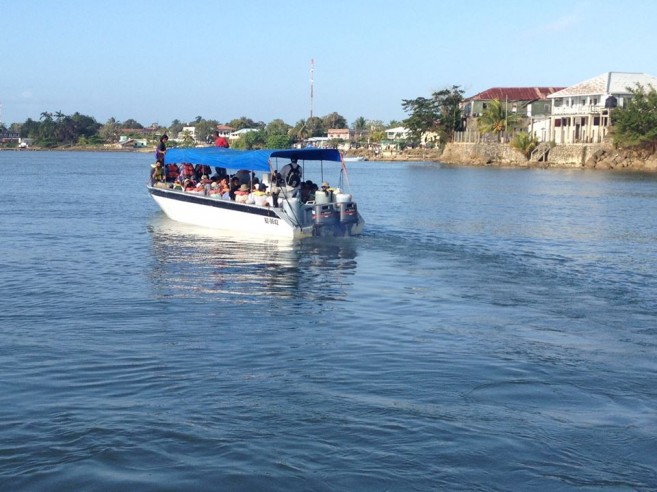 As to the reason why the group was apprehended, Lovell has indicated that Guatemalan officials stated that vessel the group was travelling in was overcrowded and unsafe in the choppy waters. They also stated that the boat was on the Guatemalan side of the border without proper authorization. The Guatemalan officials indicated that they detained them because they ventured into Guatemala and the amount of passengers that they had on the vessel appeared to them to be very unsafe and it was for their own safety, that they decided to detain them and that’s the reason why they were taken into to Livingston. They were clear to mention to us that they were not arrested and they were not going to be put in jail,” said Lovell.
Leader of the expedition, Giovannie De La Fuente, has stated that GOB needs to increase its efforts in securing the Belizean border. “We were there to commemorate the installation of a Belize plaque on this monument and we had a group of brave Belizeans that braved the weather and the route. The process of installing the bronze plaque [was] that [it] will forever let people know that this is the initiation of Belize southernmost point. Everything started to go wrong when we were returning. Upon exiting the Sarstoon River the Guatemalan military approached our boat, ordered us to stop, threw a rope over our boat and proceeded to tow us about half mile out to sea where they had a large Coast Guard vessel that was awaiting us. Due to the size of the waves and the weather they could not make a transfer, so we steamed on our own power to Livingston and we spent the night in Livingston. This morning we had some discussions with the Commandant of Livingston and we were released,” said De La Fuente. He also indicated that he believes the boat had ventured into Guatemalan territory. “On our way up the river there are many tributaries and creeks and he accidentally took one of these creeks for approximately five minutes, less than five minutes and we covered a distance of approximately one hundred yards, then we noticed we were on the wrong route and we turned back,” said De La Fuente.

While the delegation was returned safely and no charges were laid, Ambassador of Belize to Guatemala Alexis Rosado is extremely disappointed with the incident. “I am very disappointed by what happened. We are still trying to clear up all the story – the full picture. But what it tells me is that we need to implement those agreements and do more to keep that level of contact communication cooperation,” said Rosado. 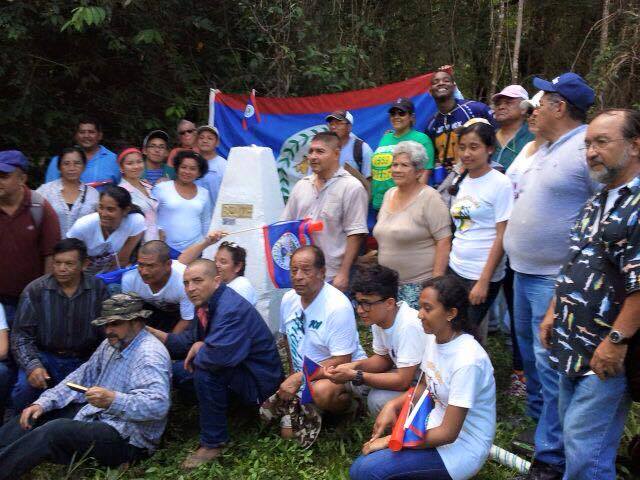 For now the Ministry of Foreign Affairs cautions Belizeans on visiting areas so close to the Guatemalan border. “The Ministry of Foreign Affairs wishes to caution that while there are no areas in Belize where Belizeans are not permitted to visit, those areas within the proximity of the border continue to remain the subject of an active controversy between Belize and the Republic of Guatemala. Official reports furnished to the Ministry of Foreign Affairs by the OAS reveal that the same group which organized this weekend’s excursion had exactly one year ago planted palms on the wrong side of the border. The Ministry maintains its view that it is imprudent and potentially dangerous for the organizers of excursions of this type to expose innocent Belizeans, especially minors and elderly, to the risk of inadvertently entering into Guatemalan territory. It must be borne in mind that any such entrance into Guatemalan territory constitutes a contravention of the Guatemalan immigration laws and can result in legal action being taken against those who contravene their laws.”
The group was met with a motorcade and ceremony in Orange Walk Town upon returning.