Home » Government » Belize is officially a member of CAMCAYCA

Belize is officially a member of CAMCAYCA


In a historical ceremony, San Pedro hosted the reunion of the Confederacion de Associaciones Nacionales de Municipalidades de Centro America y el Caribe (CAMCAYCA) on Monday, July 20th, at Ramon’s Village Resort. The meeting was a success, culminating with the signing of the Constitutional Act of CAMCAYCA and making the non-profit organization legal and active with its eight members which comprises of: Belize, Guatemala, El Salvador, Honduras, Costa Rica, Panama, Dominican Republic and Puerto Rico. The confederation is led by Mayors of the different municipalities throughout Central America and the Caribbean. Various topics of importance for the region were discussed at the event, including national security, immigration, health and trade. The ceremony saw the presence of His Lordship Mayor Daniel Guerrero, President of Belize Mayor’s Association His Lordship Mayor Darrell Bradley, Minister of Tourism, Civil Aviation and Culture Honorable Manuel Heredia Jr, President of the CAMCAYCA Isais Martinez, Stephan Visser from the Association of Dutch Communities (VNG) among other invited guests and mayors from across Belize. 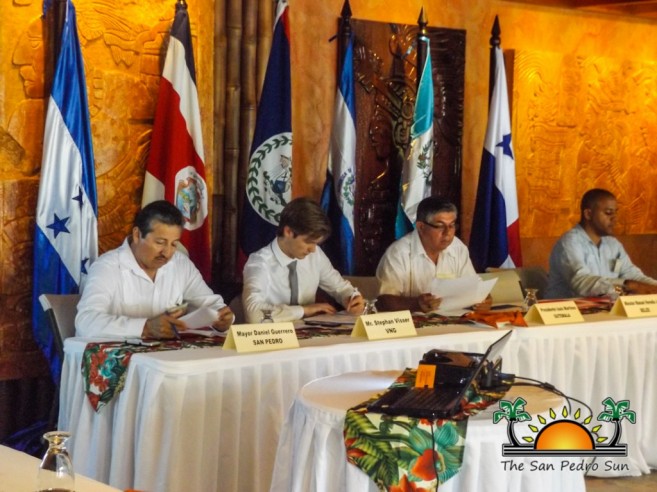 After protocol was established Mayor Daniel Guerrero gave the official welcome address. “It is my pleasure to welcome you all to San Pedro, La Isla Bonita. Today is a historic day for Belize and our neighbors from Central America and the Caribbean. It is a pleasure to be the host of such a memorable occasion. The Belize Mayor’s Association, likewise the country of Belize, is an active member of CAMCAYCA and today we are honored to have our brothers from the region in our country and on the island,” said Guerrero. He called for the celebration of the occasion, mentioning that CAMCAYCA is a fruitful result from many meetings held in the past. “I take this opportunity to congratulate my colleagues and at the same time thank the VNG for their unconditional support.” 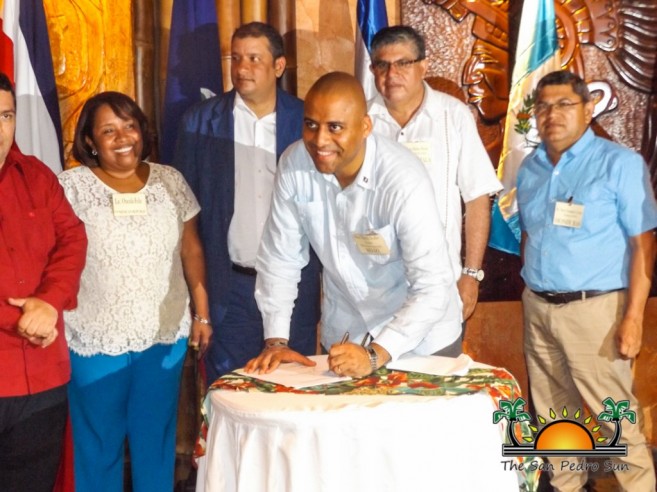 Guerrero remarked that CAMCAYCA facilitates the interaction with each of the members in an effort to see what is working in the region and to look at new ways to implement projects in our municipalities. “As a municipality, we cannot think of working alone, because it is in numbers that we have strength. Working together gives us a better position to attract investment, development and progress for our people. In Belize, San Pedro is the fastest growing municipality and the country’s prime tourism destination. This brings its own challenges and we are happy to learn from what others are doing in other parts of the Caribbean and the Central American region. Challenges such as in the areas of administration, policy making, crime, health, education, garbage collection, street maintenance, the up-keeping of parks and drainage always have innovative solutions. CAMCAYCA can be the right avenue to look at ways of administering our municipalities and during this conference, Belize will endorse CAMCAYCA’s initiatives and will look forward to fully integrating ourselves into this regional body,” ended Guerrero. 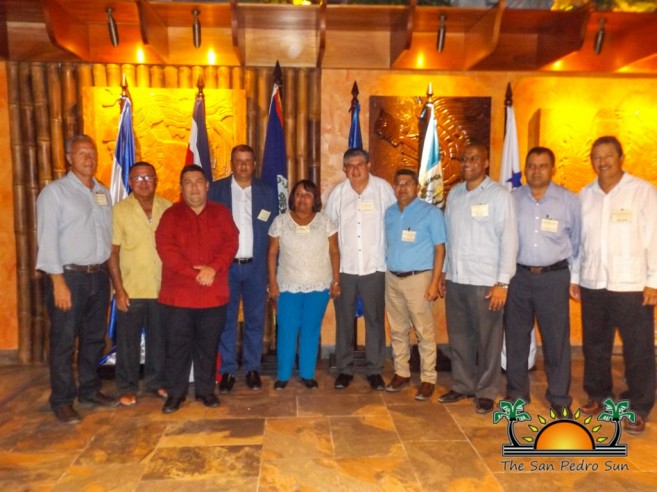 After the welcome address, Mayor of Belize City Bradley gave his remarks as well. “As President of the Mayors Association, I want offer my word of support and gratitude of the tremendous work that CAMCAYCA has been doing to promote the regional integration in the efforts of development at the lowest levels of our towns and cities throughout the Caribbean and Central America region,” said Bradley. He maintained that municipal leaders have a close relationship with its people, listening to their needs on a daily basis which encourages the administrations to lead the development agenda. “It is in us to join forces both within our country and the region to share our expertise, practices, lessons learnt, and come together as a force for change within the region,” stated Bradley.
Mexico was represented at the conference by Laura Peña from Federacion Nacional De Municipios de Mexico (FENAMM). Peña indicated that Mexico is looking forward to have a closer relationship with the countries of Central America and the Caribbean, thus, their participation in such conferences. She reiterated that CAMCAYCA has the support of her country. She gave examples of the challenges the many municipalities have in Mexico and how they go about in their resolutions. At the same time she gave the invitation for everyone at the meeting to attend the annual conference of Mexican municipalities from October 28th-30th, 2015. Peña emphasized the importance of everyone’s participation because there is the vision to consolidate a great continental municipality organization in order to show the importance of improving the condition of everyone’s municipalities. She ended by saying that this can be achieved if they come together in strong numbers. 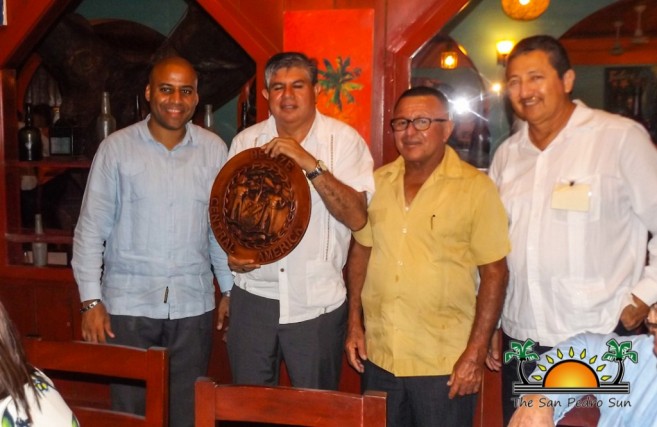 Honorable Heredia Jr, gave the key note address. “I am glad to see that our municipalities within the region are in a process with the mindset to strengthen their integration, coordination, and functionality. This movement is in line with the policy that our countries have in order to provide a better integration. This is also under the Sistema de Integracion Centro Americana (SICA) and under CARICOM. In both cases our countries have realized that our individual developments can be greater with regional focus and strategic alliance,” Heredia continued stating that the purpose is to increase the competitiveness and gain a political status internationally. “One of the sectors that we have to look more in to is in the tourism sector. We are working to establish the multi-destination package with the countries of our region. The objective is to take advantage of the natural resources that the region has in regards to cultural and ecological tourism. At the same time we expect that this initiative will provide additional opportunities for the growth of the tourism equity in each country of the region,” stated Heredia.
Before the signing of the Consultation Act, the President of CAMCAYCA Isaias Martinez delivered a few words expressing his enthusiasm that the organization is growing so fast in the seven months since it began. Martinez stated that CAMCAYCA has attracted the interest of the international cooperation as well as almost all the countries in Central America, except Nicaragua. He congratulated Belize for being one of the first countries to support the project and show interest in being a part of it as well.
After the presentations, the constitutional act of CAMCAYCA was signed by all the Central American countries including Dominican Republic and Puerto Rico. On behalf of Belize, Mayor Darrell Bradley signed the document making Belize an official member of CAMCAYCA.
At the end of the conference, Minister Heredia hosted a welcome dinner at Elvis Kitchen where the president of CAMCAYCA and the representative from VNG, were presented with gifts. The next summit of Mayors and local governments will be held on August 20-22, 2015 in San Juan, Puerto Rico.