The Belize Bus Association (BBA) has been up in arms trying to protect their routes within the country from foreign competition, allegedly Mexican and Guatemalan bus companies are transporting local passengers within Belize. The local companies called on the government, stating that if no regulations were set to address the issue, they would opt for a national shutdown. To avoid an action that would affect the entire national transportation system, a meeting between government officials and stakeholders from the Ministries of Transport, Tourism and Civil Aviation, Investment, Trade, and Commerce, including the Attorney General, the Belize Tourism Industry Association and the BBA was held in Belmopan on Tuesday, August 3rd. At the meeting, members of the taxi federation also participated, and after over an hour of dialogue, an interim Statutory Instrument (SI) was introduced and agreed upon. This new measure came into effect on Wednesday, August 4th, when it was signed by the Minister of Transport, Honourable Edmond Castro. The SI aims to regulate the runs of foreign buses as well as those runs operated locally by the outside companies. 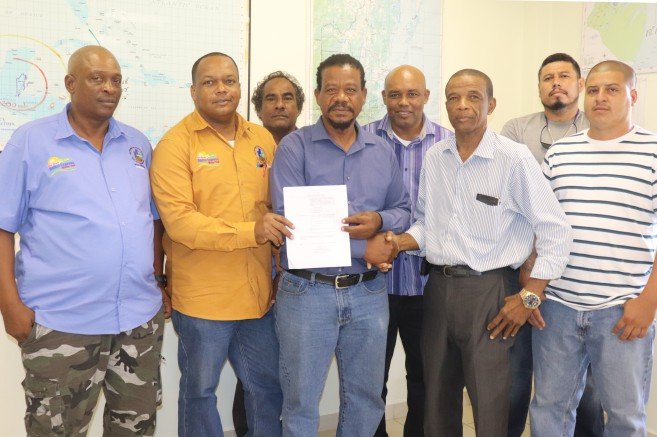 The new SI is a result of constant pressure over the months towards the Ministry of Transport. The BBA request was for foreign bus companies and operators bringing passengers to Belize to leave them at the border, from where they can be picked up by the local transportation and taken to their final destination in Belize. The BBA is of the view that foreign transport companies are taking advantage of and affecting the local transport sector.
During the meeting in Belmopan Attorney General, Michael Peyrefitte along with Minister of Transport, moved quickly to address the issue. Peyrefitte shared with the media the SI will run through a test period through October 8, 2019. “We are doing this to see the effects of the SI,” he said. “If everything works out fine, or creates any problems that are manageable then we will proceed and deal with that. If there are problems that we cannot fix, then we have all agreed that we will sit down and reassess the position that we have taken.” He said that such changes benefit some and affect others, and if something affects the tourism industry, it affects everyone. 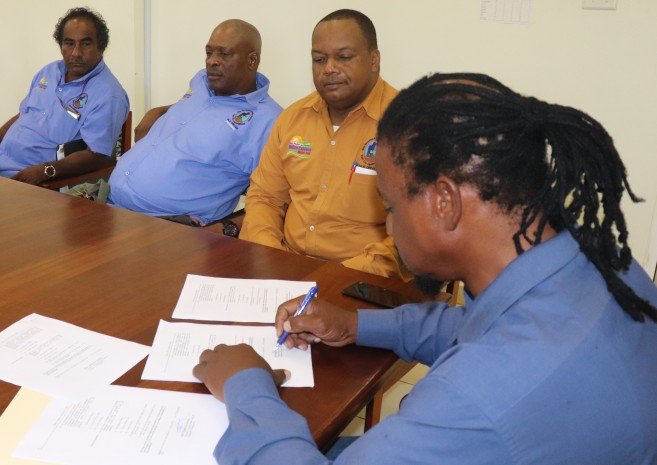 Peyrefitte explained the new SI. “If a Mexican bus wants to go to Guatemala and just in transit through Belize, they will present a manifest at the Mexican Border. Transit through Belize, do not drop off any passengers, do not pick up any passengers and enter Guatemala with those same passengers,” said Peyrefitte. “One bus will enter Belize from Mexico and go to the terminal in Belize City to bring people from Mexico to Belize. There will be one stop in Orange Walk and the next stop will be in Belize City. But the only people that will be able to get on that bus are people who have international tickets.”
Minister of Transport, Honourable Edmund Castro explained that the delay for the introduction of the new measure was due to a wide range of consultations that were necessary to understand the concerns. According to him, the SI may have not pleased members of the hotel industry, but the concerns of the transportation industry are a priority that must be addressed. “I have always been a minister that looks after the interest of the local bus operators, and taxi men,” said Castro. “I have always been an advocate to try and see how we can best have more for the bus and taxi operators.” Castro pointed out that it was indeed a successful day in the history of bus and taxi operators in the country.
The outcome of the meeting was deemed satisfactory by BBA’s president Thomas Shaw. He told the media that it had been a long time in the negotiations, and they are now content with the government’s commitment to work with them. Shaw added that the Belizean transport industry could provide the comforts and services that foreign companies have. “We have other operators that have the same type of buses and can provide the same type of service the foreign companies are providing at the moment,” said Shaw. 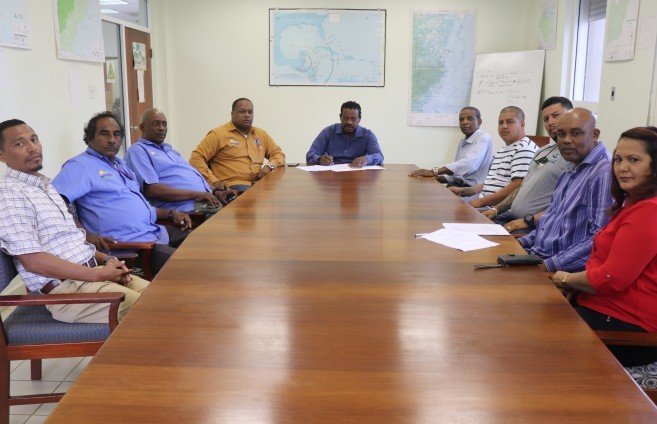 Belize Tourism Industry Association Executive Director, John Burgos stated that Belizeans should always be supported and will be observing the SI’s implementation. “I am very satisfied to see that some of the people on the discussion table were willing to compromise,” said Burgos. It was made clear to the tour operators and bus owners that they were not there to say if the SI was correct or wrong. “We are just going to look at how it is going to impact hoteliers and other tour operators as well,” Burgos ended.
The Ministry of Transport is optimistic with the new measure and pledged to do its utmost best to make sure it works. The government believes that the regulation could bring more revenue to the local entrepreneurs in the transportation industry, which will benefit not only them but eventually everyone, including hoteliers.