Belize ratified a landmark United Nations treaty outlawing nuclear weapons on Tuesday, following a decision taken by its Senate in March. Belize and other nations across the Caribbean have long been vocal critics of nuclear weapons, warning of grave danger they pose to humanity.

Despite repeated calls for nuclear disarmament, more than 13,000 nuclear weapons still exist in the world, each capable of causing destruction on a massive scale. Caribbean nations were instrumental in negotiating the UN Treaty on the Prohibition of Nuclear Weapons in 2017, which 122 governments voted to adopt.

The treaty makes it illegal to use, produce or stockpile nuclear weapons. Countries that already have these weapons must destroy them in a verifiable manner within an agreed time frame.

During the negotiations for the treaty in 2017, Caribbean nations issued a joint statement statement in which they noted that small island developing states are particularly vulnerable to the “unparalleled harm” that nuclear weapons could unleash. 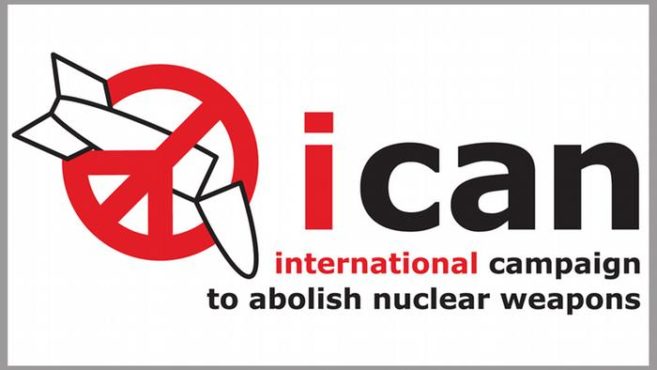 The International Campaign to Abolish Nuclear Weapons (ICAN), a global coalition of non-government organisations, which won the Nobel Peace Prize in 2017 for its role in bringing the treaty about, praised Belize for its ratification.

“This reflects Belize’s longstanding commitment to achieving a more peaceful world, free from the threat of nuclear weapons,” said Tim Wright, a spokesperson for ICAN.

“As the coronavirus pandemic has starkly demonstrated, we need greater international cooperation to address all major threats to the health and welfare of humankind — paramount among them is the threat of nuclear war,” he added.

In addition to Belize, six other members of the Caribbean Community, or CARICOM, have ratified the treaty banning nuclear weapons: Antigua and Barbuda, Dominica, Guyana, Saint Lucia, Saint Vincent and the Grenadines, and Trinidad and Tobago.

A further three CARICOM members have signed the treaty and are now working to ratify it: Jamaica, Grenada, and Saint Kitts and Nevis. The treaty will enter into force once 13 more nations globally have ratified it.