The Government of Belize and the Government of the Republic of China (Taiwan) are pleased to announce the signing of an Economic Cooperation Agreement, September 30, 2020, at the Laing Building in Belize City. The Economic Cooperation Agreement was signed on Belize’s behalf by the Hon. Tracy Panton, Minister of State with responsibility for Investment, Trade and Commerce, witnessed by H.E. Remus Chen, Taiwan’s Ambassador to Belize, and signed on Taiwan’s behalf by Minister Wang Mei-Hua, Minister of Economic Affairs. 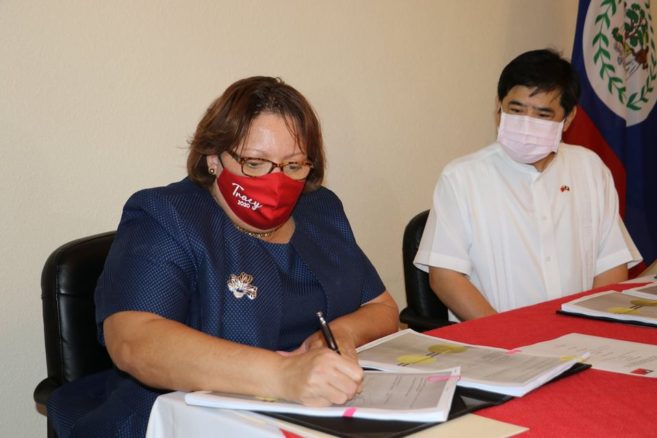 The signing marks the culmination of work that started back in 2014 when Belize and Taiwan began discussions on the possibility of a trade agreement intended to deepen economic integration between our two economies. Those initial discussions bore fruit in earnest last year when the Prime Minister of Belize, the Right Hon. Dean Barrow, and the President of Taiwan, Dr. Tsai Ing-wen, agreed to approve pursuit of a formal trade agreement and committed their respective negotiating machineries to fulfilling this mandate. 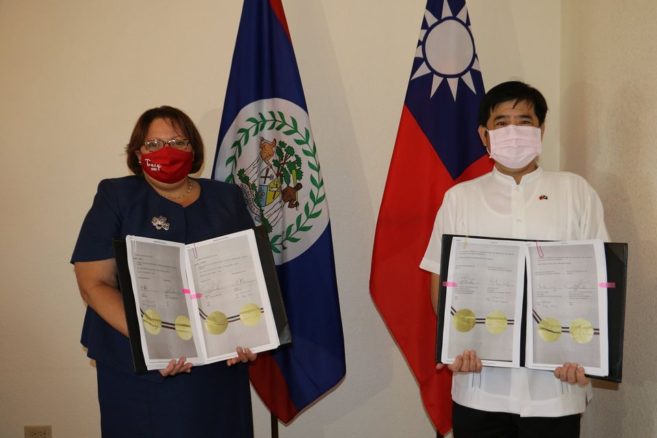 In August of 2019, a trade mission to Taiwan, led by the Hon. Tracy Panton, laid the groundwork ahead of subsequent formal negotiations. The mission met with several key representatives and officials from the Government of Taiwan, as well as with representatives from Taiwan’s private sector. The mission culminated with the signing of a Letter of Intent that delimited the scope and principles for negotiations.

Formal negotiations began in Taiwan on 5 November and ended on 11 November 2019 with the parties reaching an agreement in principle in one round. Given Belize’s membership in CARICOM, the negotiated agreement had to be subjected to CARICOM’s review to ensure that it did not prejudice the rights of other Member States. On, 28 September 2020, Belize received the formal approval from CARICOM to sign the agreement.

The ECA provides for preferential treatment for Belize’s key agricultural and fisheries products, among other goods. Furthermore, given the need to expand Belize’s export supply capabilities, the ECA also provides for financial and technical assistance from Taiwan for the development of institutional and technical capacities involved in trade, including in areas of plant and animal health, standards and technical regulations (including consumer protection), and export and investment promotion. This is aimed at assisting the productive sector to capitalize on meaningful export opportunities in Taiwan and other export markets available under existing trade agreements and those to be negotiated in the future. 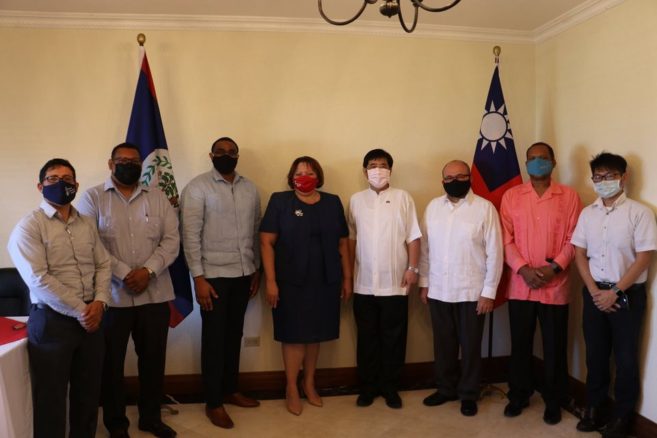 The Government of Belize extends its gratitude and appreciation to all of who have worked diligently on the Belize side to finalize this propitious agreement, including Belize’s Trade Negotiating Team (TNT), and those who tirelessly provided logistical support indispensable to this successful outcome. The Government of Belize would also like to recognize the representatives of the Government of the Republic of China (Taiwan) for their commitment to the negotiation process and generous hospitality. The long-standing friendship between our two countries will be further strengthened through implementation of the ECA.

Minister of Agriculture Meets with OIRSA