Minister of Foreign Affairs, Foreign Trade and Immigration Participates in Launch of Declaration against Arbitrary Detention in State-to-State Relations


On February 15, 202, Hon. Eamon Courtenay, Minister of Foreign Affairs, Foreign Trade and Immigration, joined other foreign ministers from like-minded states, as well as human rights advocates, for the launch of the Declaration against Arbitrary Detention in State-to State Relations 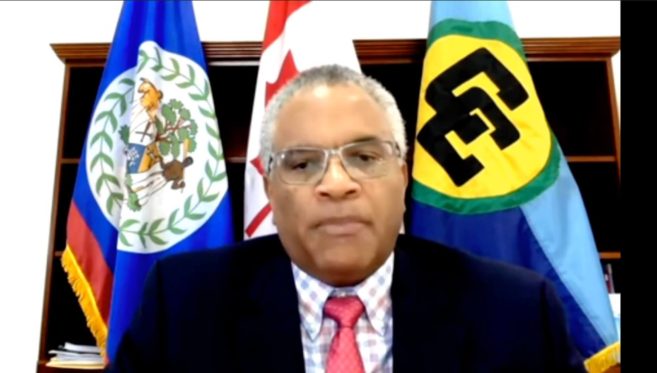 Fifty-eight countries, including Belize, have signed onto the declaration, an initiative spearheaded by the Government of Canada.
Arbitrary detention is contrary to international law and human rights. The declaration takes a strong stance against the practice by some states to utilize arbitrary detention of citizens and foreigners to compel other nations to comply with a directive. This tactic is used to silence critics and suppress dissent.
Governments that have signed unto the declaration will be expected to hold other countries to account ensuring they comply with international law in order to protect the rights of local and international citizens.
In his statement, Minister Courtenay said that arbitrary detention is “detrimental to friendly relations among states and corrosive to the international human rights regime. It is also harmful to the free movement of people for business, trade, and tourism which are integral to our economies, development and prosperity.”
Minister Courtenay further stated that, “Belize relies heavily on the respect for international law for our security and protection. We welcome the Declaration as it strengthens the existing edifice of international law by bolstering the tenets of the Universal Declaration of Human Rights and the International Covenant on Civil and Political Rights.”