Pharmacist Association at odds with MOH


The Belize Community Pharmacist’s Association (BCPA) is calling on the Government of Belize to review its implementation of a new regime of standards for the pharmaceutical industry, dubbed as ‘Food and Drugs Regulations 2017.’ The new regulation started early this month, and will now require pharmacists across the country to substitute products from the United States of America and Europe with those from a Central American provider. According to the BCPA, this change could have a consequential effect on the quality of reliability of medications sold in Belize.
This new amendment on the source of the products is identified in the Ministry of Health’s (MOH) new required standards. MOH now requires all drugs to be certified with a standard called ‘Good Manufacturing Practices’ (GMP), instead of the ‘Good Distribution Practices’ (GDP) from the USA and Europe. 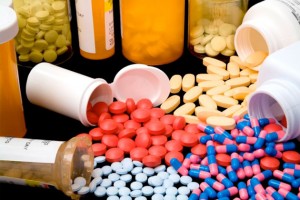 The BCPA claims that they were not consulted by the Minister of Health, Pablo Marin, prior to implementing these new regulations. The organization rejects Marin’s statement made at the sitting of the House of Representatives on October 20th. “Pharmacists have nothing to do with the importation of drugs,” Marin had stated. However, the Minister claimed that his Ministry has had extensive consultations over the last three years with those who have a stake in the sector, including pharmacists and distributors. However, the organization of pharmacists denies such approach, claiming that the statutory instrument was only briefly mentioned at a meeting with distributors held in November of 2016.
On Tuesday, November 14th via a press release, the BCPA re-emphasized that pharmacists have a vital role to play in the industry. “Pharmacists generally serve as the reference point for wholesalers, advising them which medications are being requested by doctors and the reasons behind the request,” they noted. The release also added that there are some pharmacists who directly import medications. “Therefore, pharmacists play a vital role in ensuring the quality and efficiency of the medication that enters our market,” the BCPA said. 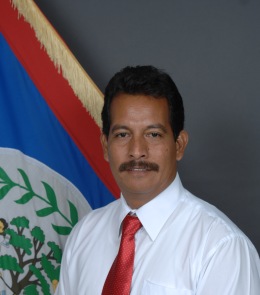 One of the main concerns of the organization is that under this new regulation, pharmacists will no longer be able to obtain drugs of quality standard from first world countries. According to Latricia Enriquez from the BCPA, the general public will be affected. “We will be basically forced to purchase the medications that are in this region, which may not have the same high standard of quality we are used to,” she said. Enriquez mentioned that even the cost of the medications might dramatically increase as well. “We know that medication that comes from first world countries are of high standards. When you give something to the public, do you want to question what they are getting?” she questioned. BCPA further states that MOH refused to listen to their recommendations. “We asked the Ministry to engage us. We asked if they needed help in guidelines, but we received no response,” they said. So far the MOH has not commented on the matter.
In July of this year, the Ministry released a report in which it listed 23 pharmaceutical importers/wholesalers and 37 retail pharmacies with a valid MOH facility license. This was from approximately 50 wholesalers and 120 retail pharmacies nationwide. The new regulation as of November 1st now requires all pharmaceutical facilities to have a MOH Certificate of Registration License in order to provide services to the public. On the other hand, BCPA calls on the Ministry to address the situation that some supermarkets, corner stores, and restaurants countrywide are selling over-the-counter and prescription drugs. According to them, this unregulated practice leads to drugs that are sometimes repacked and stored under poor conditions.