As the rainy season continues, islanders are now battling the issue of mosquitoes, which has been worsening over the past weeks. Although the Department of Health on the island began fumigating malathion a few weeks ago, the continuous rains have not helped the situation. Residents are concerned about the potential outbreak of vector-borne diseases like Dengue, Zika, or Malaria, and a group of them have pitched the idea of aerial spraying over the island to tackle the mosquito problem. 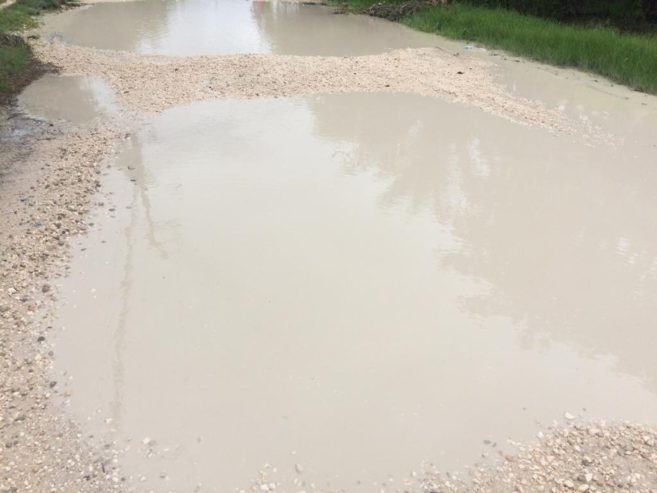 The continual rains have contributed to flooding in most of the subdivisions around San Pedro Town, giving way to stagnant water. This environment is perfect for the reproduction of mosquitoes. 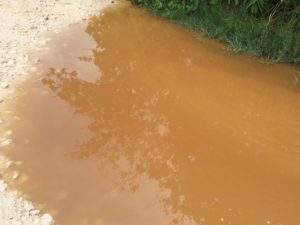 Some residents have taken the initiative to help the health personnel spraying by cleaning their areas and pouring oil in the standing water. This is expected to kill the mosquito larvae, but so far, the swarms of blood-sucking insects continue to grow as the days go by. A group of islanders believe that having an airplane spray Malathion over the island to kill mosquitoes is the best option at this point. Detractors are not convinced this is a good idea, as they believe it will affect the local ecosystem and marine life.

Islander Peter Lawrence explained the spraying process during the morning show on Reef TV. He stated that the aircraft would fly at the height of about 50 feet, and it would not spray on mangrove areas but rather only on landmass. The spraying is expected to take place over an area under 1,500 acres, and less than one liter of Malathion will be used per acre. If this were to take place, the spraying would be above residential areas, and people will be informed in advance when the flyover would take place. The spraying is expected to take place three times within four days to get rid of the mosquitoes for a couple of months. 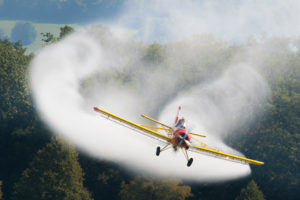 This project can only take place with the blessing of the Ministry of Health, Ministry of Civil Aviation and the Department of Environment, to mention some of the authorities in charge. And up to press time, there has not been any encouraging response from these ministries.

Does Malathion kill only mosquitoes?

During the show, a caller who identified himself as someone who worked as an aerial sprayer for five years in Canada, shared some of his expertise about using an airplane to spray Malathion. The caller said that airplanes create vortices off its wingtips and this causes the chemical to dive down into the soil and plants and does not drift through the air. He warned that chemicals like Malathion have been outlawed in most of North America because it doesn’t only kill mosquitoes. According to him, it could kill other living organisms in the area, like bugs, lizards, etc. His advice was to be careful when using such chemicals because it can affect the local ecosystem. The aerial spray could do a superior job, but there are risks to take into account. 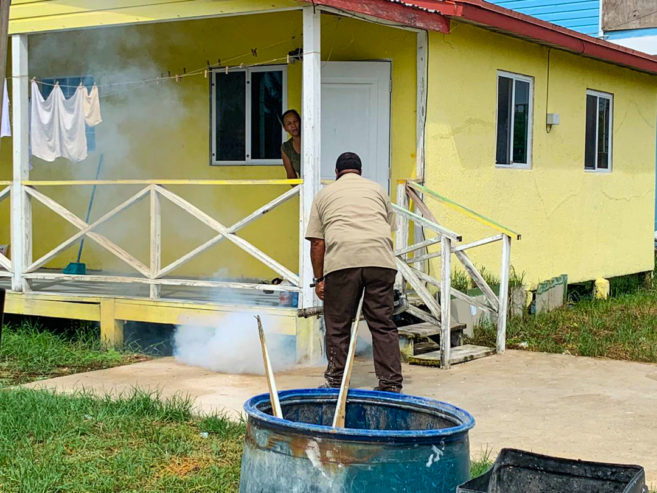 According to an online Malathion fact sheet from the National Pesticide Information Center (NPIC) a source that works with the Oregon State University in the United States of America, this pesticide is highly toxic to certain organisms. NPIC says that Malathion affects bees and other beneficial insects, some fish, and other aquatic life. Malathion is also moderately toxic to other fish and birds, but considered low in toxicity to mammals.

Director of Health Services weighs in on the mosquito problem

Dr. Marvin Manzanero, Director of Health Services in the Ministry of Health said on Tuesday, June 16th, during the Ask Experts Show that they are monitoring the mosquito situation, mainly where Dengue cases have been detected. “We are monitoring where the Dengue cases are happening, and those are becoming the priority areas where we are going to actually go and do the specific spraying process,” said Manzanero. He spoke about the spike of Dengue cases in 2019 which killed ten persons and could happen again this year. “We could have the same amount of deaths this year if we don’t do a collective effort in trying to curtail the mosquito population,” he said.

With the current COVID-19 pandemic, Manzanero said that these mosquito-borne diseases have similar symptoms as COVID.  They will test for COVID-19 if there are some issues with breathing and then Dengue or Malaria.

The Ministry of Health is also following reports from Mexico, where people are being infected with both COVID-19 and Dengue. To avoid such a situation in Belize and on the island, residents are urged to continue keeping their properties clean and to stay indoors as much as possible, especially early mornings and right before sunset.