From swimsuits to evening gowns, the 65th Miss Universe Pageant drew in a total of 5.2 million viewers worldwide on Sunday, January 29th. The highly anticipated pageant was held in Manilla, Philippines at the Mall of Asia Arena, where 86 contestants from across the globe vied for the crown. Rebecca Rath, Belize’s beauty ambassador, proudly put the country on the map with her elegance, intelligence, and fashionable attire during the competition. After three weeks of preparing for the grand event, 24-year-old Miss France Iris Mittenaere took the title of Miss Universe 2016. 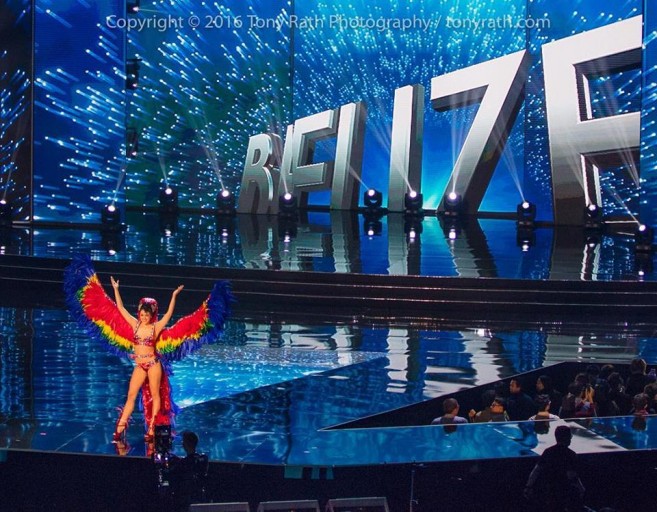 The Miss Universe preliminary competition was hosted by Miss Universe 2015 Pia Wurtzbach and Derek Ramsay on January 26th. The beauties commenced the competition by introducing themselves before displaying their swimwear and evening gowns. This preliminary competition allowed the judges to select the 12 top contestants in the pageant. This years’ judges included Dayanara Torres, former Miss Universe from Puerto Rico; Sushmita Sen, first ever Miss Universe from India; Leila Lopes, first Miss Universe from Angola; Mickey Boardman, editorial director of PAPER magazine; Cynthia Bailey, founder of The Bailey Agency School of Fashion; and Francine LeFrak, Tony award-winning producer, social entrepreneur and women’s empowerment activist. While the judges selected a dozen candidates, a 13th candidate was chosen through online balloting. The ballots drew more than 200 million votes, with Miss Thailand Chalita Suansane winning the fan vote with a million votes, and a place in the finals. 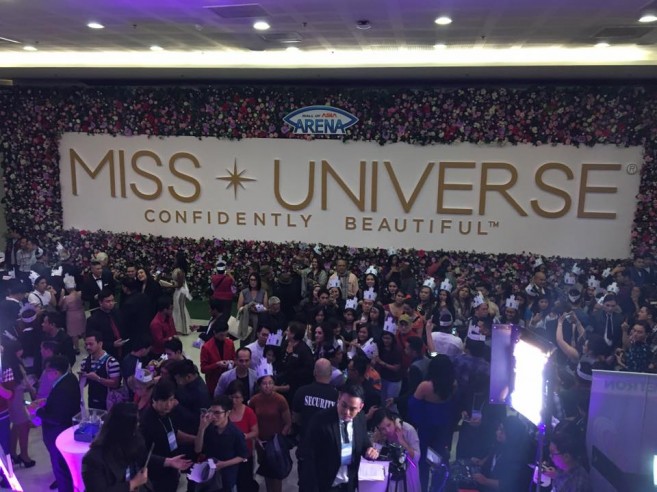 Steve Harvey hosted the main event for the second consecutive year. The three-hour event featured performances by hip-hop artist Flo Rida and R&B group Boyz II Men. The first elimination round was held after the swimsuit presentation. Out of the top 13, only nine candidates were selected to move on to the long gown competition. The judges made another cut after this, with six candidates advancing to the question and answer portion. The lovely ladies were asked about current issues affecting their countries. Following the last elimination round, the top three contestants were narrowed down to Miss Universe Colombia Andrea Tovar; Miss Universe France Iris Mittenaere; and Miss Universe Haiti Raquel Pelissier.
Before the winners were announced, Harvey called Miss Universe 2015 Wurtzbach for her farewell walk. Shortly after, Miss Colombia, Andrea Tovar was crowned as the second runner-up, Miss Haiti Raquel Pelissier was crowned as the first runner up, and Mittenaere was crowned the new Miss Universe. The audience lit the arena with loud cheers and applause as Mittenaere was left speechless in tears. She hopes to use her platform to promote oral hygiene. 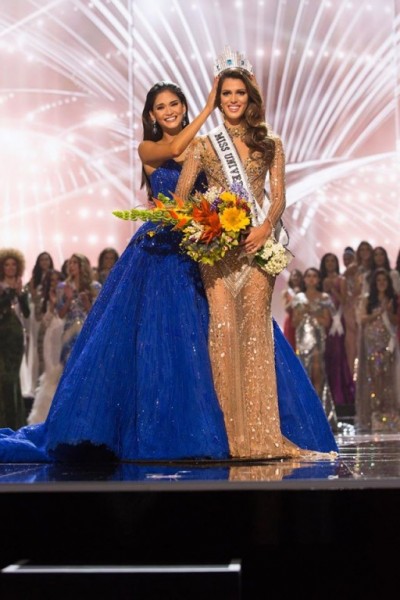 Although Rath did not take the crown, she certainly captured the hearts of her supporters. “There are no words to describe how I feel right now. Being able to wear this sash on the world stage was an incredible experience. I might not have walked away with the crown, but I met some phenomenal women and experienced a world I once knew nothing about. Belize, thank you all so much for your support…Thank you Belize for giving me this opportunity and for the tremendous online support! Every one of the messages, comments, “likes” and votes energized me throughout the competition. I did my very best to represent Belize and though it hurt not to do better, I have no regrets. Now I will take a few days off to recuperate and enjoy the Filipino hospitality before returning to my beloved Belize to fulfill the remainder of my time as your Miss Belize,” said Rath via Facebook.
Congratulations to Rath and all the beauties who took part in the 2016 Miss Universe pageant.