For the second consecutive month, the Northern Zone and the Orange Formation of the Police Department have distinguished themselves as having registered the greatest reduction in major crimes, as confirmed by the comparative statistics for the month of May. 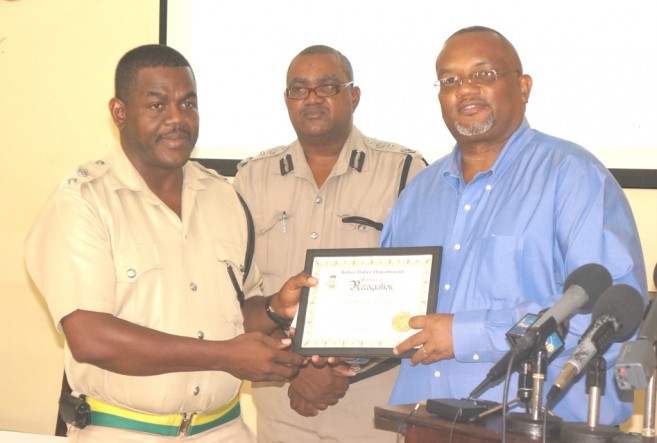 Minister of National Security, Hon. John Saldivar today presented a Certificate of Appreciation and a Cheque for $1,000 to Senior Superintendent of Police Joseph Myvette, who heads the Northern Zone and is also the Officer Commanding the Orange Walk Formation, which forms part of the Northern Zone. The Cheque of $1,000 is for the best performance by the Northern Zone in reducing Major Crimes during the month of May, and the Certificate of Appreciation is for the best performance by the Orange Formation for the same period. 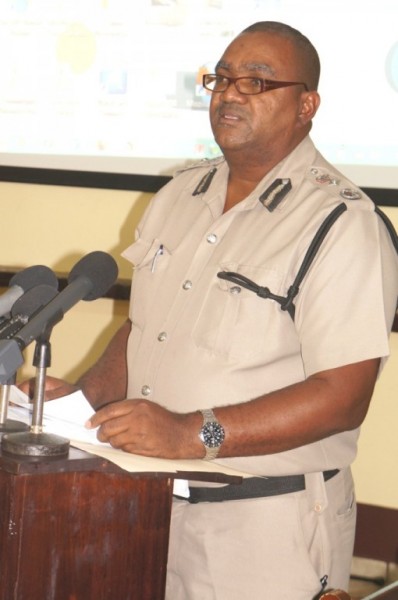 The presentation of the Minister’s Monthly Award was preceded by a short press briefing in which Commissioner of Police, Allen Whylie elaborated on the crime statistics and the overall progress of the Police Department in its crime-fighting initiatives, after which he took questions from the media.