San Pedro Police have arrested and charged a man who had been wanted for multiple carnal knowledge incidents on a minor since 2013. The culprit has been identified as Pedro Baki and has since been remanded to the Belize Central Prison for him crimes. The victim had sought the assistance of Human Development Officer Adan Kay on April 10, 2014. An investigation and search for Baki began, but was fruitless. 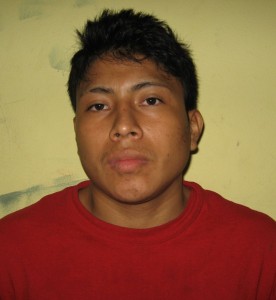 The victim had initially stated that she had met Baki in July 2013 and had exchanged contact information. Shortly thereafter, he became her boyfriend. On September 10, 2013 the victim visited Baki at his apartment room located in the Bayside Area. While at the room, Baki asked to have sexual intercourse with her but she refused. Baki insisted on having sexual intercourse at which time the victim hesitantly agreed. While having sexual intercourse the victim got scared and asked Baki to stop, he complied with her request. Since that initial incident, the victim and Baki had sexual intercourse on two separate dates: December 4, 2013 and January 25, 2014.
The victim stated that she was feeling confused and decided to seek assistance. As a result the victim and her mother visited Kay who reported the incident to the police. A medical certificate was issued confirming that the victim had been carnally known. Since the report was made police have been searching for Baki but he would not be found. It was not until November 2013 that police received a lead on the whereabouts of Baki and made an arrest.

More on Police News
Breaking News: Police Officer shoots one of his own