• On Wednesday, March 23rd at 6:15PM, acting on Special Branch information, a joint team of Special Branch and Criminal Investigation Branch personnel visited Tropic Air Cargo section located on Sea Star Street, San Pedro Town where a Hispanic male person was seen exiting the building holding a small yellow carton in his hands. Identified as 22-year-old Faustino Francisco Rodriguez, police conducted a search of the box that was sealed with transparent and duct tape. The search led to the discovery of a parcel wrapped in foil paper, containing a black plastic bag containing one kilogram (equivalent to 1000 Grams) of suspected Cannabis. He was subsequently arrested and charged for the crime of Drug Trafficking. 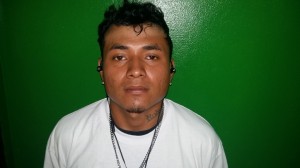 • On Friday, March 25th at about 1AM police responded to a fight in front of a beach bar located on Pescador Drive in which 22-year-old Michael Mendez was detained and escorted to the San Pedro Town Police Station. A search was conducted on him, resulting in the discovery of three small transparent zip lock plastic bags containing 1.21 grams of Cocaine. Police have since charged Michael Anthony Mendez for the offence of Drug Trafficking.
• On Friday, March 25th at 9:20PM, while police were conducting mobile patrol along the beach side in the Boca del Rio Area, they stopped and searched a 17-year-old Hispanic male person on a bicycle. The search yielded 1.02 grams of Cocaine and the minor was charged for Drug Trafficking and Possession of Controlled drugs.

Gaspar Vargas stabbed to death at his home in San Pedro