Johnny Briceño steps down as Leader of the PUP


Mark Espat is the Interim Leader

The Honorable Johnny Briceño, Orange Walk Central Area Representative stepped down today, Friday as Leader of the People’s United Party (PUP). Briceño, in a meeting of Party Council, informed the executive of the Party about his decision. No interview was granted and Briceño made a brief statement saying that his stepping down as Party Leader was due to medical purposes.

Before the meeting was over, the news of Briceño’s decision had been leaked out from Independence Hall where the media gathered. The following is Briceño’s full statement verbatim.

Over the past few months, I have been battling with my health issues and it will require me having periodic visits abroad for treatment.


In the months to come, as we prepare for Municipal and National elections, the party will require its party leader and all its National Leaders to work at a full 100% of their capacity. After consulting with my doctors, they have advised that I would be unable to dedicate the amount of time needed to head the party to victory.


These are crucial elections that the party must win. The direction that the present government is taking our country is a bad one- from record unemployment, a collapsing economy and crime spiraling out of control. This is not the Belize that Belizeans deserves and only a PUP government can save Belize.


It is because of this that I will continue my work as the Orange Walk Central Area Representative and PUP Standard Bearer. It has been a great honor to be the leader of the greatest political party in Belize, the People’s United Party. I need to thank the members of the National Executive and the thousands of supporters across the country who have given me their unqualified support. I will be forever grateful for all your support during my time as Party Leader.


The PUP is poised to win the next Municipal and National Elections. Let’s roll up our sleeves and continue the noble work of saving Belize. 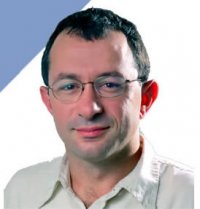 The news of Briceño’s decision took the nation by surprise including the Prime Minister Hon. Dean Barrow. In an interview with a media house in Belize City, PM Barrow thanked Briceño for his service to the Nation as Leader of the Opposition and wished him the best. Briceño’s leadership came under attack on Saturday when the former Party Leader Rt. Hon. Said Musa stated at the Central Party Council meeting that the rank and file of the party was tired of the excuse given that the Party was broke.