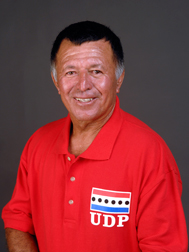 Following the story entitled “Two minors accuse adults of child molestation” published in the January 19th issue of The San Pedro Sun, there have been several allegations regarding the accused child molester securing bail. One of those allegations widely circulating around town and dominating social networks is that Hon. Manuel Heredia Jr. was the person that secured bail for the unnamed accused.

Minister Heredia called The San Pedro Sun’s office today, Monday, January 23rd, to categorically deny any involvement with the case and to set the record straight. “I did absolutely nothing to secure or request bail on behalf of the person that is being accused. In fact I had nothing to do with the case. I invite anyone to visit the magistrate court and verify their information,” said Minister Heredia.  Minister Heredia said that those allegations invented are plainly “malicious.”

The San Pedro Sun at no point insinuated the involvement by Minister Heredia regarding the abovementioned case. We would also like to take this opportunity to encourage our readers to be responsible when making comments concerning individuals based on unfounded rumors.

Photos:Two injured in accident on board a GOB Polaris