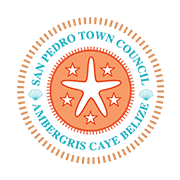 made against the council, the Mayor of San Pedro Town, Mr. Daniel Guerrero, the Minister of Tourism, Civil Aviation and Culture, Hon Manuel Heredia Jr. and other authorities on Ambergris Caye. These allegations are related to the death and the immediate burial of Honduran national Silvia Benitez earlier in January. The misinformation was stated first at a forum held on January 29th, 2015 at the Lion’s Den and then on The Reef Radio Morning Show by Her Excellency Sandra Rosalez Abella, Ambassador of the Republic of Honduras. On both occasions, Ambassador Abella was flanked by the People’s United Party Mayoral Candidate Giovanni Solorzano and other key members of the PUP.
The Ambassador expressed that the SPTC and Mayor Guerrero, following the discovery of the decomposed body of Benitez, rendered no support to have the body decently buried. In addition, the diplomat stated that the SPTC and the Mayor allowed for the immediate burial of Benitez without notifying the Honduran Embassy. She further explained, that the Mayor of San Pedro Town refused to meet with her to facilitate the exhumation of Benitez for a proper burial. Given the circumstances, the SPTC would like to take this opportunity to clarify some misinformation, misleading and false statements made on both forums.
First, The SPTC would like to state that throughout the entire process on the day that Benitez was discovered, all help was rendered to the relevant authorities upon their request. The SPTC is not the maximum authority in these circumstances and as such, its involvement was limited, as is the case with any murder investigation. Any murder investigation is carried out strictly by the Police and other relevant authorities. However, the SPTC assisted upon the request of the Belizean authorities. While it is not morally right to disclose the level of help rendered, under these circumstances and given the statements made by the Ambassador, the council would like to inform that all machinery and equipments of the council was placed at the disposal of the police and forensic doctors. In addition, the SPTC paid in full for all food and accommodation of the forensic team and that of the Crime Scenes personnel brought in from Belize City, to ensure that Benitez body was treated with respect. We also indicated that the SPTC stood ready to assist in whichever way our resources could allow.
Secondly, The SPTC would like to state that while we were ready to assist in the case of Benitez, the rightful authorities that were in charge were the Forensic Department and the Belize Police Department. In addition, there are established diplomatic protocols that are in place between the Government of Belize and the Republic of Honduras, as to how communication is to officially be passed on. The SPTC has no authority and cannot act outside of these established diplomatic protocols. It was the duty of the Ministry of Foreign Affairs of Belize to have communicated the circumstances surrounding the Benitez case to the Honduran Government. Her Excellency Abella, as a career diplomat, knows these procedures all too well.
Thirdly, the Honduran Ambassador stated that Mayor Guerrero refused to meet with her in an effort to assist in the exhumation of Benitez. For the record, there was never direct communication between the Ambassador and the Mayor. On January 29th, a secretary of the Honduran Embassy requested a meeting with the Mayor for 10AM on January 30th. Because the Mayor had other prior commitments of similar importance, he indicated that it would difficult at that time. Having knowledge of her presence on the island, the Mayor suggested that they meet that very evening but that offer was turned down by Ambassador Abella. At that time, the Honduran Embassy had already secured all the necessary documents and approval from the relevant authorities for the exhumation process. It was through an unofficial government source, that The SPTC learnt that the Honduran Embassy contracted the services of a medical doctor to oversee the exhumation process along with other authorities. At no time, did the Honduran Embassy ever communicate verbally or written about their plans to exhume the body. Similarly, at no time did the Honduran Embassy request for our assistance in the exhumation process. Should they have requested assistance through the proper process, the SPTC would have gladly helped as it has always done so, with the guidance of the Ministry of Health.
The SPTC would like to once more state that it sympathizes with the Benitez family and the Honduran community in this very traumatizing and difficult time. We continue to hope that those responsible for such gruesome murder are brought to justice. However, it is very sad that the memory and the incident surrounding Benitez’s demise are being exploited by a few irresponsible and heartless political individuals. In so doing, they have cast blame on several entities including the SPTC, which clearly has no jurisdiction over these police and foreign affairs matters.
Finally, the SPTC wishes to state that it is taking the statements made by the Honduran diplomat very seriously including other political remarks. The SPTC, through the relevant authorities, will register its protests to the Government of Honduras in regards to the misconstrued and offensive remarks made by Her Excellency Abella.
The SPTC has an open door policy of assisting everyone regardless of their race, nationality, religion, political party, sex or belief.
END

YJ Deli allowed to squat on public land for years