Home » Crime & Violence » Who dropped the ball in the burial of Silvia Benitez?

« Older: The four men accused in Belize’s largest heroin bust are out on bail
Newer: » San Pedro Police remove significant amount of cartridges off the streets


The body of murdered Honduran national 22-year-old Silvia Carmen Benitez was exhumed for a proper burial on Friday January 30th. The exhumation has now become a case that is seeing animosity between the Honduran Embassy in Belize and the San Pedro Town Council (SPTC). That is because Her Excellency Sandra Rosalez Abella has accused local authorities on the island, including the SPTC and Mayor Daniel Guerrero, for the manner in which Benitez was buried following the discovery of her decomposed body on January 17th. 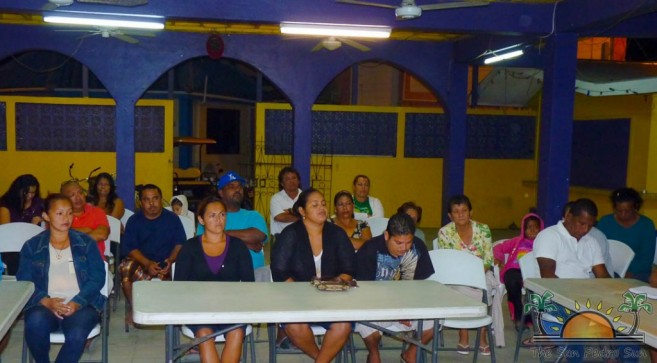 At a public meeting held on Thursday January 29th at the San Pedro Lions Club and on a local morning show the day after, the Ambassador explained that authorities failed to inform the Honduran Embassy about their national’s death. “We found out on the newscast the following day that one of our nationals who was missing was found murdered and that in fact was buried on the spot. The Mayor, the San Pedro Town Council, the Minister (Manuel Heredia) who was present and the police did not call us,” said Abella. The Ambassador said that under a chartered agreement between the two countries, anything that is of importance and involving their nationals, must be communicated and treated with urgency by the relevant authorities. 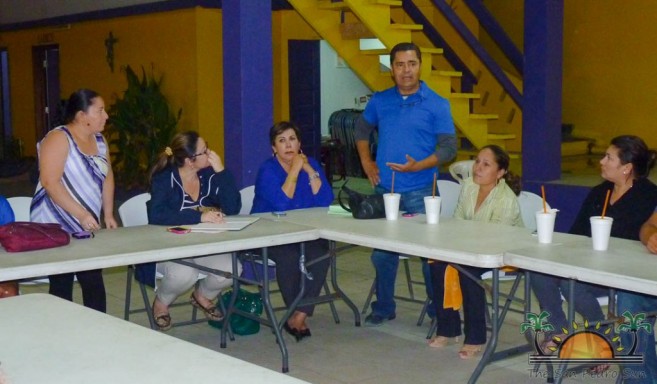 “First of all we were not even informed that a Honduran was missing in Belize. Having found the body and having identified the body as the missing Honduran, their obligation and responsibility was to communicate such incident to the embassy or consulate immediately. That was not followed,” said Ambassador Abella. While Abella blamed Mayor Guerrero, the SPTC and Minister Heredia, she did agree that the flow of information should have started with the police, based on standard procedures. 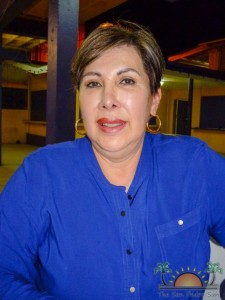 The Honduran diplomat said that the authorities had no right to bury Benitez without the approval of her embassy. “The Mayor, the council, the Minister, the Police acted without our knowledge. They are all part of the act of burying my fellow national. We condemn their actions because this female has a family back in Honduras. We understand that the body was decomposed but the only person to take a decision to bury her is me,” explained Abella. She added that the Honduran Government had instructed their embassy to have Benitez’s body exhumed and given a Christian burial.
“The Mayor has refused to meet with me and has also refused to help us in the exhumation of Benitez. We got the support from Dr. Giovanni Solorzano, the Honduran community, [and] the Ministry of Health, but the Mayor has just plainly refused to assist us,” explained Abella. She added, “I asked the Mayor to please have the same people who buried Benitez help with the exhumation and he categorically said no.”
In a press release from the SPTC, the council said that the information outlined by the Honduran Ambassador was not correct and opted to clarify some of the “misinformation, misleading and false statements” that Abella claimed. According to the council’s press release, “The SPTC is not the maximum authority in these circumstances and as such, its involvement was limited, as is the case with any murder investigation. Any murder investigation is carried out strictly by the Police and other relevant authorities. However, the SPTC assisted upon the request of the Belizean authorities.” The release outlined the level of help the council provided on the day Benitez was found dead.

The release also stated that it is unfortunate that the Ambassador has chosen to chastise the council for something they clearly had no jurisdiction over. “There are established diplomatic protocols that are in place between the Government of Belize and the Republic of Honduras, as to how communication is to officially be passed on. The SPTC has no authority and cannot act outside of these established diplomatic protocols. It was the duty of the Ministry of Foreign Affairs of Belize to have communicated the circumstances surrounding the Benitez case to the Honduran Government. Her Excellency Abella, as a career diplomat, knows these procedures all too well.”
The council also addressed Ambassador Abella’s remark about the Mayor refusing to assist in the exhumation of Benitez. “For the record, there was never direct communication between the Ambassador and the Mayor. On January 29th, a secretary of the Honduran Embassy requested a meeting with the Mayor for 10AM on January 30th. Because the Mayor had other prior commitments of similar importance, he indicated that it would be difficult at that time. Having knowledge of her presence on the island, the Mayor suggested that they meet that very evening but that offer was turned down by Ambassador Abella. At that time, the Honduran Embassy had already secured all the necessary documents and approval from the relevant authorities for the exhumation process. It was through an unofficial government source, that the SPTC learned that the Honduran Embassy contracted the services of a medical doctor to oversee the exhumation process, along with other authorities. At no time, did the Honduran Embassy ever communicate verbally or in writing about their plans to exhume the body. Similarly, at no time did the Honduran Embassy request for our assistance in the exhumation process… it is very sad that the memory and the incident surrounding Benitez’s demise are being exploited by a few irresponsible and heartless political individuals. In so doing, they have cast blame on several entities including the SPTC, which clearly has no jurisdiction over these police and foreign affairs matters.” The SPTC ended it lengthy statement indicating that they are registering its protests to the Government of Honduras in regards to the misconstrued and offensive remarks made by Her Excellency Abella, through the Ministry of Foreign Affairs in Belize.

Notwithstanding the back-and-forth surrounding the Benitez case, the remains of the young mother were unearthed in the wee hours of Friday January 30th. With the help of the Honduran community, Benitez was buried following a short ceremony at the new cemetery.
The Honduran Ambassador also confirmed that while they have not seen Benitez’s Belize born son that she left behind, plans are being made to secure his well-being. Those plans include the possibility of uniting the child with his family in Honduras.
So far police have no additional leads regarding Benitez’s murder. Anyone with information that can assist the police in their investigation can call Crime Stoppers Belize at 0-800-922-TIPS (8477).