Former Belizean politician and diplomat Assad Shoman presented his latest book on the Guatemalan territorial claim to Belize in San Pedro Town on Monday, June 25th, at the Angel Nuñez Auditorium. The 75-year-old long-time historian’s six-chapter book, ‘Guatemala’s claim to Belize: The Definitive History’, aims to better educate and prepare Belizean people with the relevant facts and arm them in the present day struggle against the Guatemalan claim. Shoman made it clear that his book does not aim to make a case in favor of against going to the International Court of Justice as the public education campaign leading to the April 10, 2019, Belize referendum heats up, Shoman hopes that with the detailed information in his book, Belizeans will find it easier to make a decision at the polls next year. 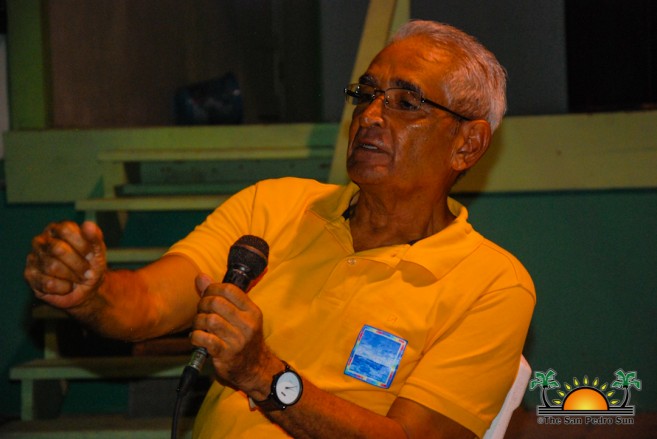 Chairman of the San Pedro High School Board, Andre Perez, accompanied by Natalie Arceo, welcomed the attendees to the 7PM book presentation. After a few words from Arceo and Perez on the occasion, Shoman was officially introduced and he took to the microphone for his presentation. He spoke of his involvement in most of the discussions and decisions that have shaped the history of the Guatemalan claim. From 1975 until the country’s independence in 1981 he headed the Belize Independence Secretariat and led the international mission at the United Nations, representing the country in international forums. Since independence, Shoman has followed and commented on the ongoing negotiations to resolve the dispute between Belize and Guatemala. 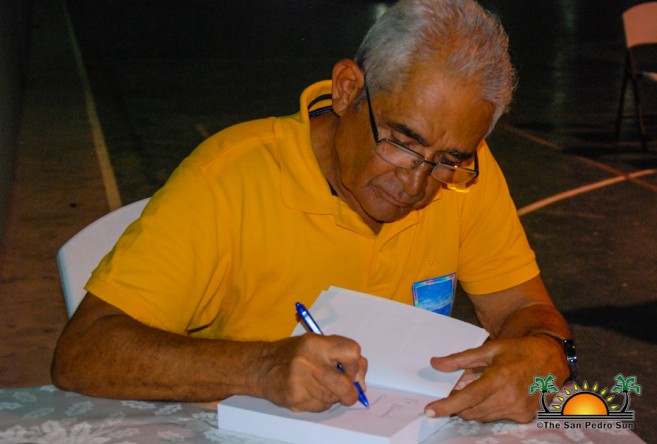 Shoman revealed that his book is as factual as possible and reveals information that many Belizeans do not know and perhaps, may have never know if not for the book. Writing the book took nearly him about three years as he dug deep into the origins of the claim. One of Shoman’s purposes with the book is to show that the work regarding the claim is unfinished and that Belizeans of this era have to finish it. He also stated that it was the Guatemalan claim that delayed Belize’s independence. “…How was it possible that our little country, under pressure by the United States of America, the British, and Guatemala, was able to overcome all those obstacles and achieve independence with all its intact territory,” said Shoman. 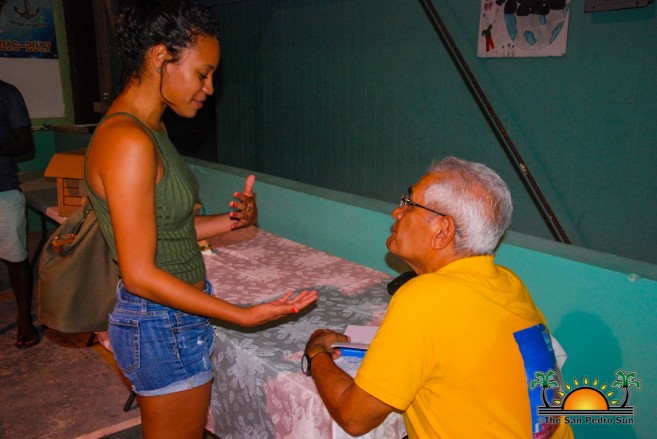 After his brief presentation, members of the audience had the opportunity to ask him a few questions. The primary question focused on the strength of our case should Belize go to the ICJ. Shoman responded that Belize has good grounds. He weighed in on the Guatemala’s argument declaring the 1859 Boundary Treaty that defined Belize’s borders void, referring to Chapter Six, page 409, which states: ‘Such declaration has no effect on reality at all. International Law has always been clear on that point, and it was expressly incorporated in the Vienna Convention on the Law of Treaties, which in its Article 27 states that a party may not invoke the provisions of its internal laws as justification for its failure to perform a treaty.’ Shoman encourages all Belizeans to read the book and be better informed about the current situation with the Guatemalan claim. He adds that it will take all Belizeans as a united body to overcome this challenge.

‘Guatemala’s claim to Belize: The Definitive History’ has been described as a book of the present times and a product of decades of first-hand experience, infused with scholarly research. Attendees hope that this latest material on Belizean history reaches all Belizean classrooms, much like Shoman’s 13 Chapters of a History of Belize. 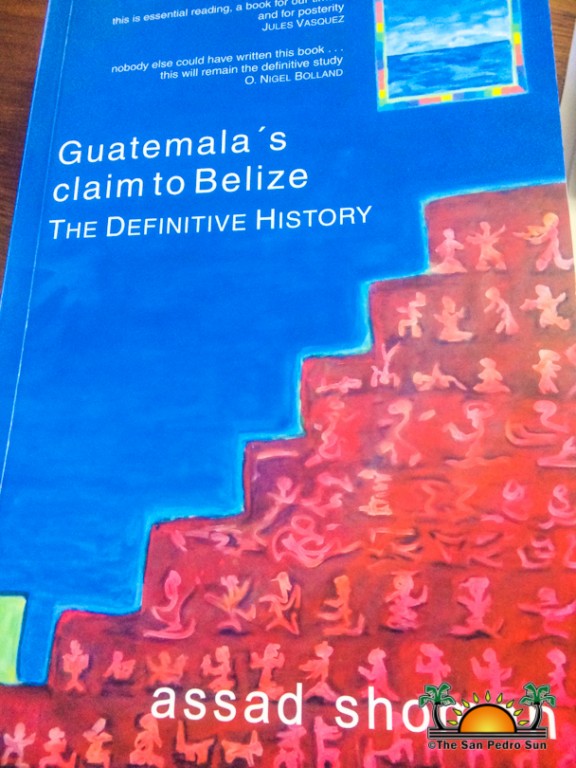 Following the question and answer session, Shoman mingled with the attendees, took pictures and signed their copies of the book, which were on sale for $30. The book was published by the Image Factory Art Foundation in Belize City, and the first run is already down to its last few copies. Another batch is scheduled for reprint and will be sold at the regular bookstore outlets countrywide.