Following a Cabinet meeting, the Government of Belize (GOB) has set April 10, 2019, as the date for the referendum to resolve the Guatemalan’s claim to Belize at the International Court of Justice (ICJ). The announcement was made on Monday, April 30th, via a press release in which GOB also stated that a public awareness campaign to the tune of $8 million is already underway under the banner ‘ICJ, Be Informed.’ The nationwide campaign will include various approaches and Belizeans are encouraged to learn more about the sensitive issue on which they will be asked to decide upon. On referendum day, Belizeans will simply answer ‘Yes’ or ‘No’ to the question if the ICJ should decide on the territorial, maritime and insular claim from Guatemala over Belizean territory. Guatemala held their referendum last April 15th garnering a resounding ‘Yes’ to take the matter to the ICJ. In Belize, the population seems reluctant to head to the International Court where more than half of the country is at risk, and, non-governmental organizations are already strongly opposing the ICJ idea. 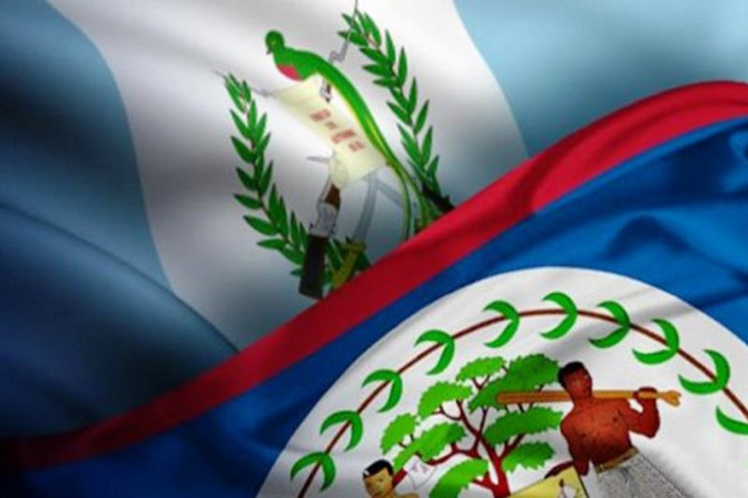 A press release issued by Citizens Organized for Liberty through Action (COLA) on Wednesday, May 2nd sent a message to both Belize and Guatemala. According to COLA’s President, Geovannie Bracket, GOB has practiced appeasement all along in respect to the Guatemalan claim. On the day of the referendum instead of boycotting it, he is encouraging all Belizeans to come out and vote ‘No’ to the ICJ. “I am telling the government that they will meet the fiercest resistance this country has ever seen,” said Bracket. “It will be a battle between the government who will be spending millions to force us to go to the ICJ against grassroots organizations like COLA, who is going to do all it can with the very little it has to maintain its position.” Bracket suggested that Belize needs to get closer with its international partners and stand up against Guatemala. He indicated that Belize should opt for the removal of trade with the western neighbor and to even stop granting Guatemalan citizens Belizeans citizenship. “Guatemala stands to lose nothing,” Bracket expressed.
Others opposing the ICJ referred to the electorate participation in Guatemala during their referendum. It was a mere 27% representing about 1.9 million of the over seven million eligible voters, resulting in a ‘96% ‘vote. Over 70% of the electorates abstained from casting their vote, a move which many in Belize believe was a huge blunder. “Those voters could have made a difference, and that is why I encourage all my Belizean people to come out and vote, let your voice be heard,” said a concerned citizen.

Many Belizeans across the country continue to question the Government’s decision to head to the ICJ. Several citizens on Ambergris Caye say that the decision to set a date for the referendum was done without any multi-partisan effort, disregarding the people’s opinion. Concerned Belizeans believe that there is no proof that Guatemala will be a good neighbor and cease its aggressiveness whether the court gives a satisfactory verdict or not.
Meanwhile, Belizeans are reminded that the boundary created by the 1859 Treaty is permanent and if the Treaty is somehow made to disappear, the boundary will still be there. According to them, now that Guatemala has said YES to the ICJ, and IF Belize were to say YES also, there is a worry that some party of the Belizean might be at risk.
While the Ministry of Foreign Affairs in Belize continues its education campaign on the issue, Guatemalan President Jimmy Morales, his Ministry of Foreign Affairs and the Secretary-General of the Organization of American States, Luis Amargo have congratulated Belize for scheduling the date of the referendum. “I appreciate the decision of the Government of Belize and I urge the Belizean people to, together with us, find a peaceful solution to the territorial, insular and maritime dispute,” said Morales.
Belize currently has about 200,000 eligible registered voters, but some are predicting that such number might lessen following the re-registration scheduled for July of this year as a strict screening process is expected to be executed.