The championship match was a challenge for the Island Boys indeed. It was a best out of five games and Island Boys were quickly losing hope when the first two sets ended in defeat. The grueling match continues, and the Island Boys rallied, winning the final three sets of the match. It was a hard earned victory for the Island, champions of the Hugo Patt Northern Volleyball Tournament. 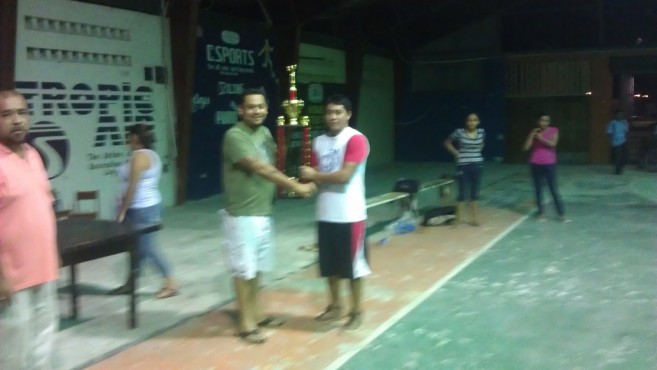 The Island Boys would like to thank their sponsors: Sajia’s Construction, Coral beach Hotel, Captain Shark’s, Cholo’s Golf Cart Rentals and Councilor Carlos Barrientos. The San Pedro Sun joins the community in congratulating the team on a game well played.