San Pedro United won the consolation game for 3rd place: 2-1 over the Brown Bombers when the Belize District Football Association (BDFA) hosted the McLean Insurance Brokers Under-17 football playoffs at the M.C.C. garden in Belize City on Monday, October 10. 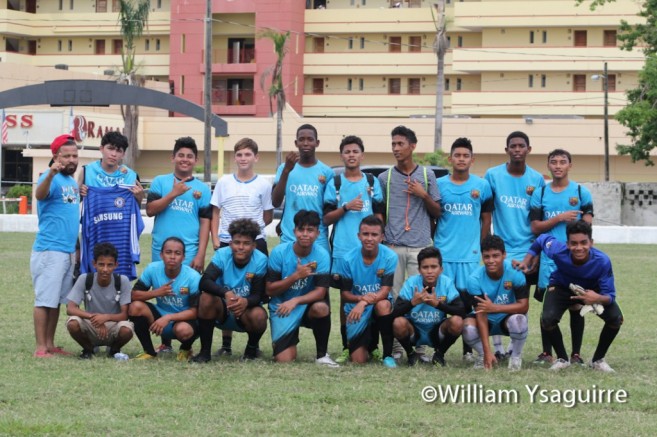 Ian Pou and Dixon Paguada led the Sanpedranos’ attacks supported by Arnold Flowers and Kyle Jacobs on the wings, and Hugo “Juice” Pineda and Christian Medina at midfield. Paguada’s first shot was deflected by the Bombers’ goalkeeper, but Christian Medina pounced on the rebound and the keeper hadn’t a prayer of stopping Medina’s instant volley into the net: 1-0. 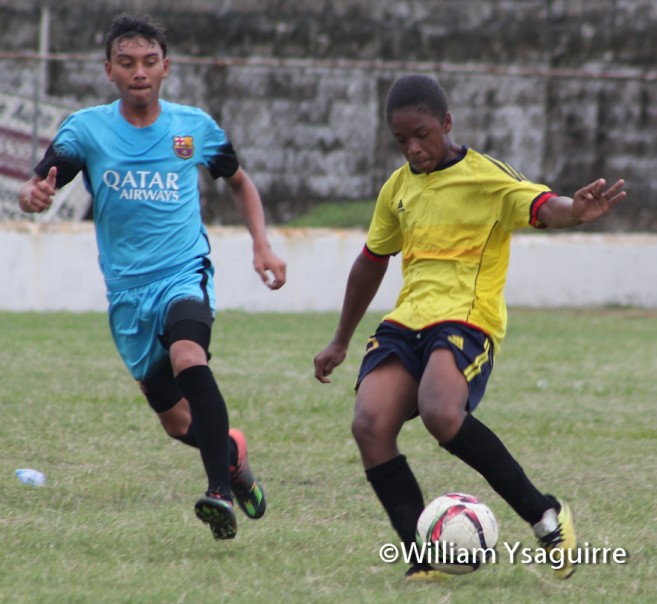 The Bombers countered by lobbing the ball over the defensive line, and speedy Eshaq King was not offside as he caught up to this forward pass, and took on goalkeeper Abraham Lerma one-on-one. Lerma only manged to deflect his shot into the net: 1-1 at intermission. 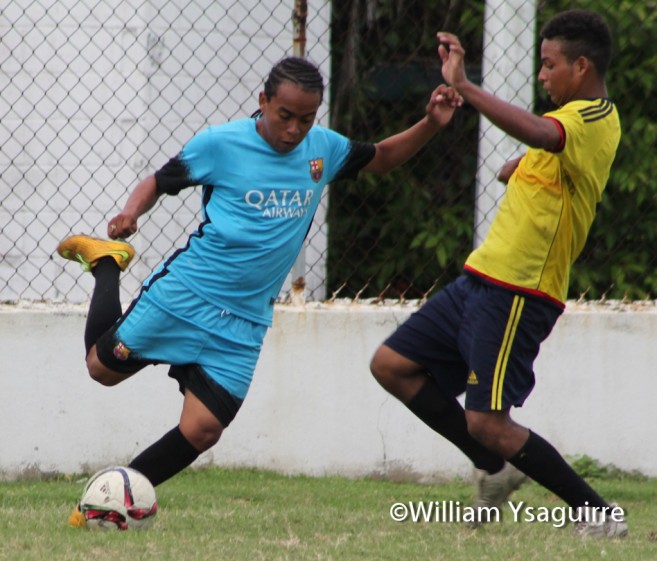 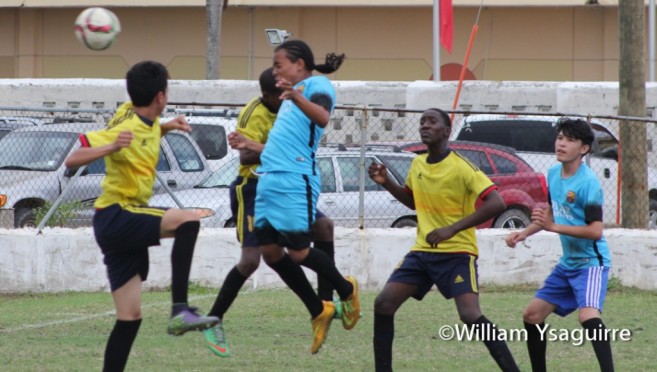 San Pedro United was eliminated from the finals by a 7-8 loss to Hattieville Riverside Boys in sudden death penalties in Game 3 in the semi-finals. Regulation time had ended in a 1-1 draw after Hattiville’s Jadon “Cheetes” Macgregor converted a penalty early in the first half, and Arnold Flowers equalized -1 for San Pedro.

The BDFA will host the U-17 championship finals immediately before the Premier League game at the MCC on Sunday, October 16, when Fabro’s Young Warriors will challenge the Hattieville Riverside Boys. The Warriors qualified to the finals by a 4-1 victory over the Brown Bombers in Game 4 in the semi-finals. The Hattieville boys had eliminated Carlston FC 2-1 in Game 1, and Fabro’s Warriors had eliminated the Ladyville Jaguars: 5-1 in Game 2.