The Sea Wolves are the champions of the Under-15 (U-15) 2018 Football Tournament. They claimed a 6-1 victory in the second round of the championship tournament against U-15 San Pedro Pirates at the Ambergris Stadium in San Pedro Town on Saturday, October 27th. 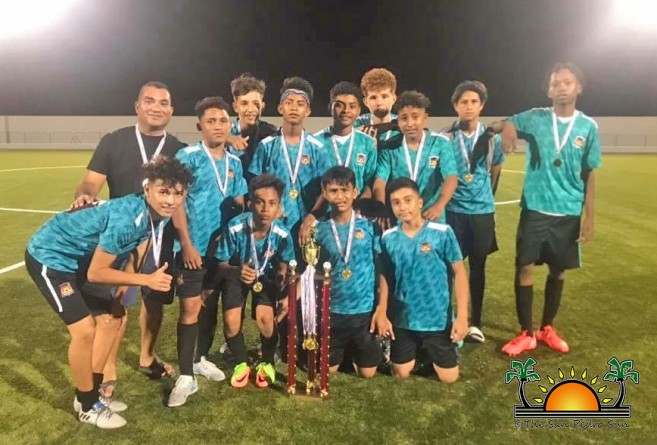 The match began at 8PM, with both teams scrambling hard for the victory. However, Sea Wolves had more control of the ball and thus managed to score three goals within the first half.
After the break, Sea Wolves maintained dominance and nailed three more goals, well on their way to securing the championship. The San Pedro Pirates found their way and managed to score a goal, but it was too late, as the game drew to an end. With a final 6-1 score, the Sea Wolves were crowned champions and San Pedro Pirates had to settle for the title of sub-champions.
The U-15 football Tournament began in mid-September, with three U-15 Teams participating. After several weeks of football action, the top two teams with the highest scores advanced to the championship match. The aim of the Under-15 tournament was to promote professional football training sessions and develop the technical abilities of young players to hopefully lead them to successful football career.
The San Pedro Sun joins the community in congratulating the champions and all the participating teams!