Home » Sports » Sandy Point F.C are the Over 35 Champions and SeaWolves the U-15 Champions

« Older: San Pedro U-15 and U-17 trailing behind in the Youth Inter-District Football Tournament
Newer: » Team Belize wins silver at the IV Central American U-23 Women’s Volleyball Championship 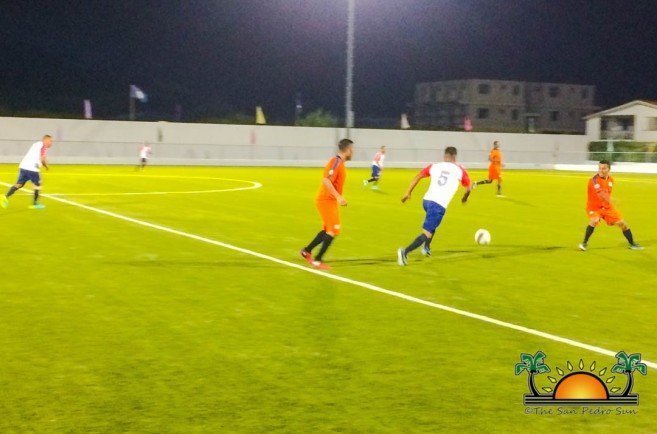 The first championship match was for the U-15 category which saw the Sea Wolves going against Youngster F.C at 6PM. The tight match ended in a 2-2 score, requiring ten extra minutes of game time as a winner had to be declared. After the extra minutes, Sea Wolves had scored a single goal, earning them U-15 champions with an aggregate score of 3-2. Youngster F.C had settled for sub-champions. 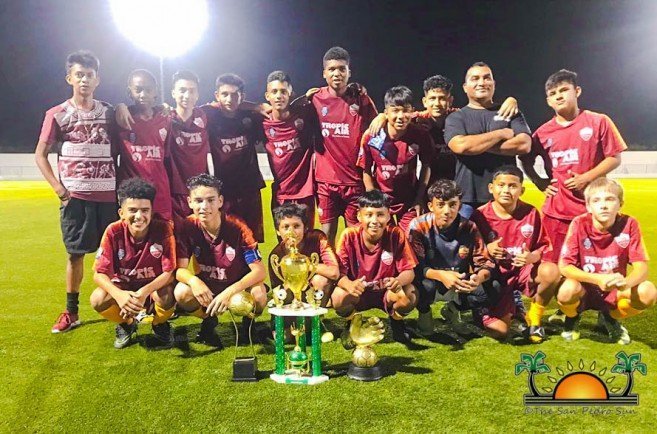 At 7:30PM, Sandy Point F.C and Liga F.C battled for the Over-35 Championship title. When the whistle blew, it was a clear 5-2 victory for Sandy Point F.C, who were crowned the champions. Liga F.C took second place. 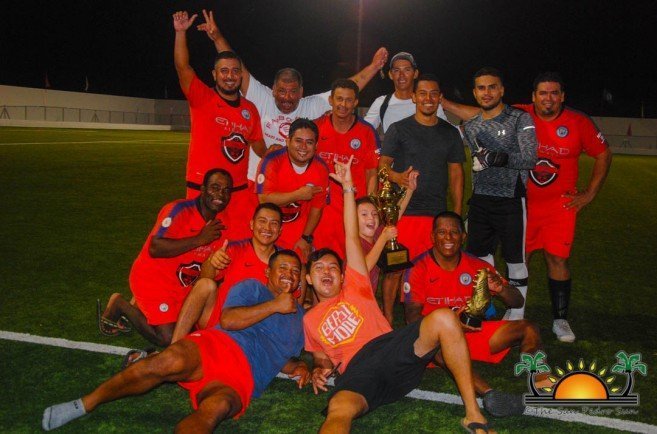 At the end of the night, SPTC Sports Councilor Hector ‘Tito’ Alamilla shared a few words with the attendees and distributed awards. For the Over-35 Tournament, the ‘Best Goalkeeper’ award went to Gerry Vasquez from Sandy Point F.C and ‘Top Scorer’ award went to both Elito Arceo from Liga F.C and Rudolph Flowers from San Mateo F.C. The Over-35 Champions Sandy point F.C walked away with a first place trophy and $1,000 cash prize. While the sub-champions Liga F.C won a second place trophy and $500 cash prize. 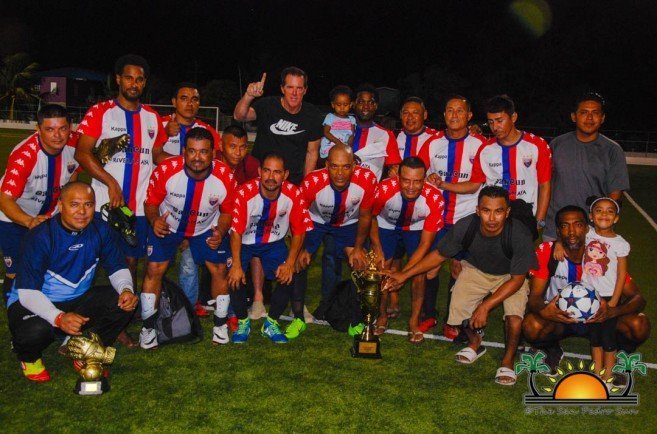 The SPTC Sports Committee would like to thank all the teams that participated in both football tournament, making it a success. The San Pedro Sun congratulates Sea Wolves and Sandy Point F.C for becoming the champions!