San Pedro youngsters, both male and female, continue to showcase their football skills at Belize’s U-15 and U-17 Inter-District Football Tournament. San Pedro teams hosted teams from Belmopan for a day of football action at the Ambergris Stadium in San Pedro Town on Saturday, July 20th. 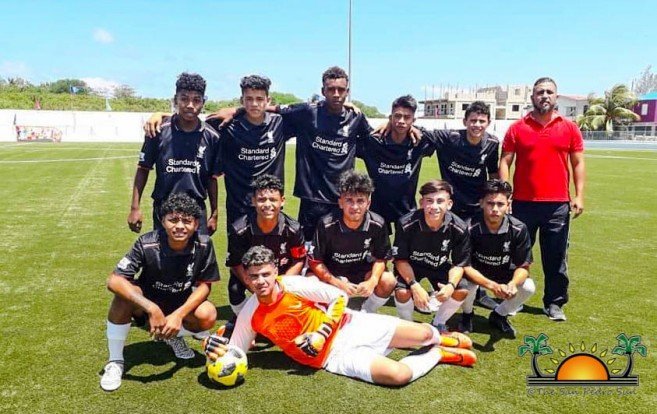 The first match was at 11AM and saw San Pedro’s male U-15 going against Belmopan’s male U-15 in an intense match. At the end of the game time, Belmopan managed to come out victorious with a 3-2 score.
The next match saw San Pedro’s male U-17 taking on Belmopan’s male U-17. The match saw both teams giving their best, hoping for the victory. When the long whistle blew, it was a 1-1 draw.
The last match of the day featured San Pedro’s female U-17 and Belmopan’s female U-15. Belmopan U-17 had control of the match from the beginning, and when the game time came to an end, it was a clear victory for them with a 3-0 score.
For their next match, San Pedro teams will be traveling to Belize City to go against Belize City’s teams on Saturday, July 27th. The male matches will kick off at 11AM inside the MCC Grounds in Belize City. While the female team will be held at 11AM at the Marion Jones Sporting Complex.