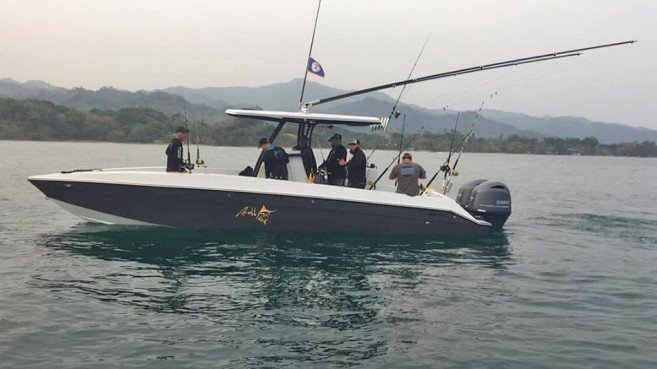 Held on Friday, May 3rd and Saturday, May 4th, in the coastal town of Omoa, Cortez Department Honduras, the prestigious competition saw over 50 boats, including nine from Belize, competing for over US$50,000 in cash and prizes in the Billfish and Rodeo categories. After two days of fishing, Team Bobby C from Belize City claimed first place in the Billfish category with a Sailfish release on day one and Blue Marlin release on day two. Team Reel Challenge took first and third place in the Rodeo division after reeling in a massive 70lb Wahoo on the first day. 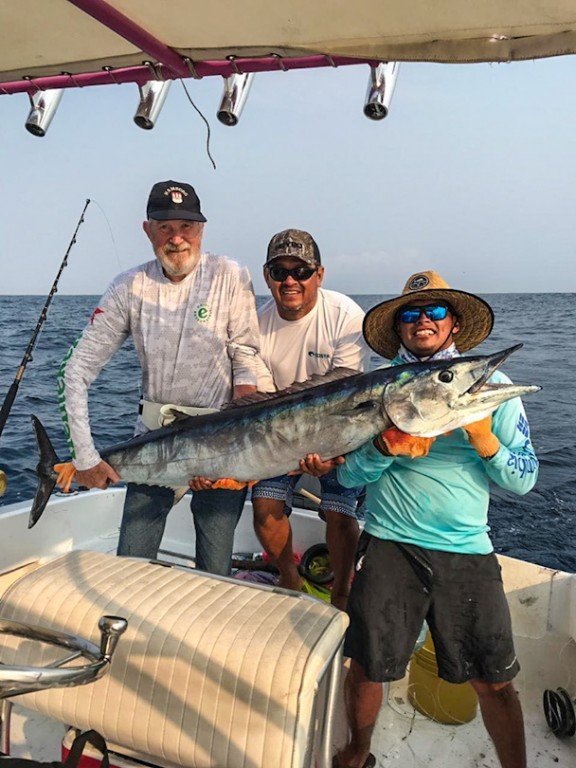 The tournament is one of the largest in the Western Caribbean, and has seen Belize teams participating in past years. Target species for this tournament included the three major Billfish species that live in the Western Caribbean: Blue Marlin, White Marlin and Sailfish. Points were granted to boats that successfully brought the fish to the boat, video it along with the tournament flag, then released it. Team Bobby C, captained by Bobby Codd managed to hook a large Sailfish and a Blue Marlin, claiming the top prize of the competition.

In the Rodeo category for non-billfish species, the type of fish to catch were Wahoo, Dorado and Tuna. Team Reel Challenge, who mastered this category, told The San Pedro Sun that it was their first time competing in Honduras. The team included Captain Enrique Marin Sr., Enrique Marin Jr., Jodie Leslie and Joe Hempel. According to Marin Jr., on the first day they caught the massive Wahoo around 7AM on the first day, but it was at the end of the day that they learned they had the biggest fish in the Rodeo division. “It’s the biggest Wahoo we have ever caught,” said Marin Jr. 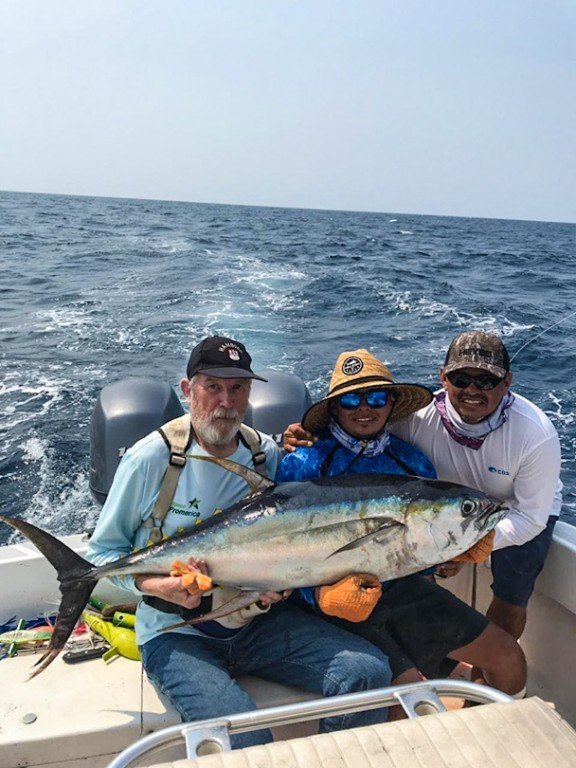 The second day began as early as 5AM and Team Reel Challenge worked hard all morning hoping to make another big catch. Marin Jr. said it was a challenge getting anything hooked in the morning. Later that afternoon, however, they caught a 60lb yellowfin Tuna, which landed them in third place in the Rodeo division. 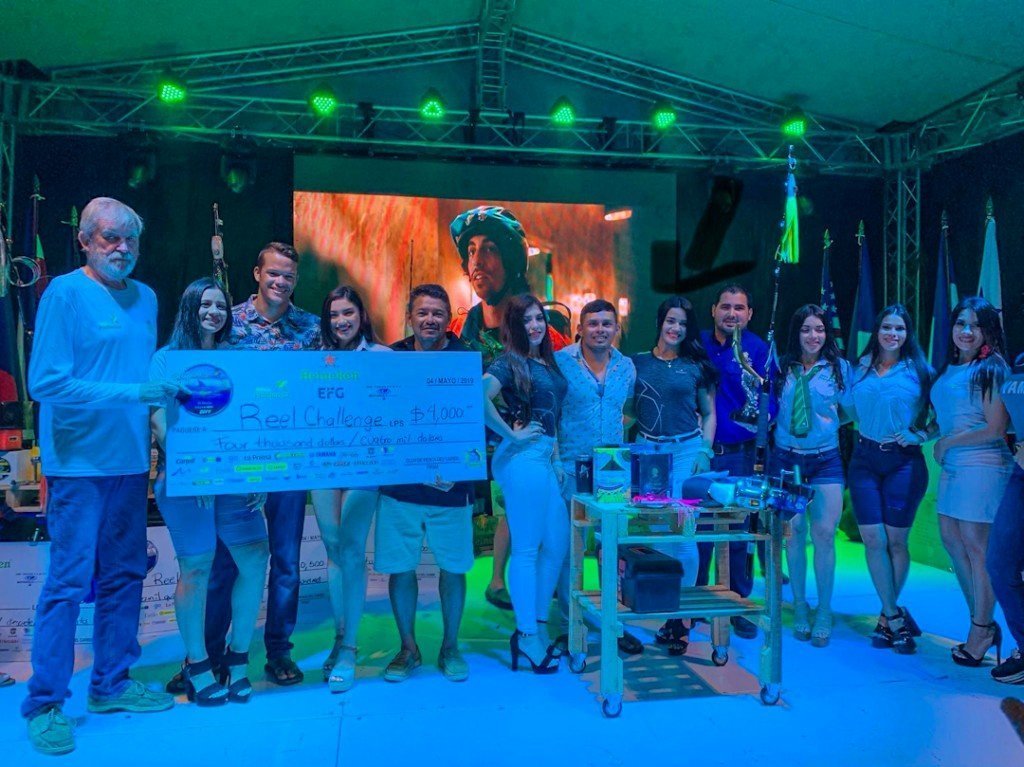 At the end of the tournament, all teams convened in Omoa for the award ceremony. Reel Challenge received cash prizes, trophies, fishing rods, reels and other items. “This was a great experience for all of us,” said Marin Jr. “We are very proud of ourselves. We love to fish, it is our passion and that’s why we participated in this fishing tournament. We always have lots of fun, no matter what happens and so far the Lord has always blessed us.” After this experience, the island team is looking forward to participating in next year’s tournament and defend their championship. 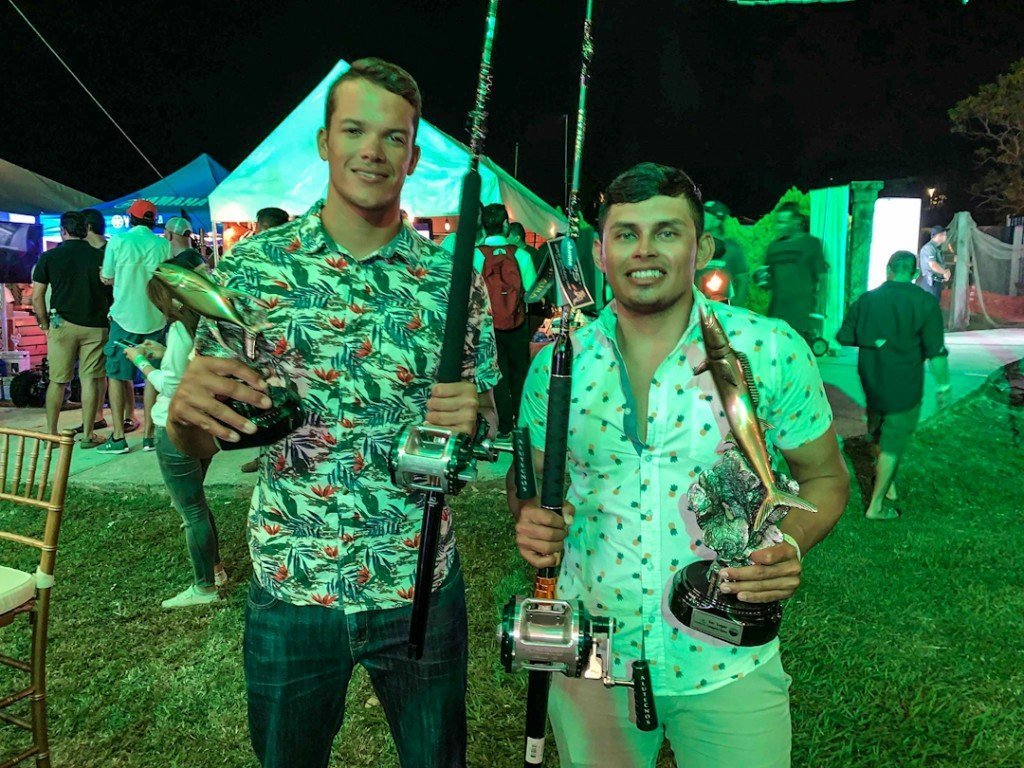 Team Reel Challenge returned to Belize on Sunday, May 5th, after a six-hour boat ride from Honduras to Ambergris Caye.