It was an easy win for Conquerors F.C. on Saturday, August 1st, when they crushed San Mateo F.C. 7-1 and took home the Copa San Pedro 2020 Closing Season Football Tournament championship. The anticipated final match of the season took place at the Ambergris Stadium. 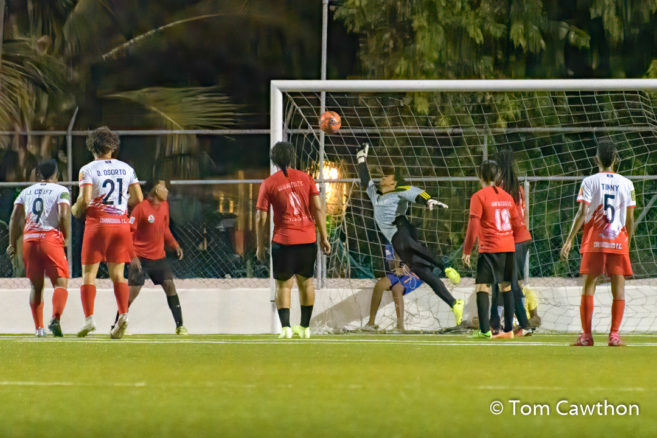 Conquerors dominated the game from the beginning, giving San Mateo no opportunity with the ball. With full control, Conquerors began scoring one goal after the other. By the time the first half ended, Conquerors were ahead by five goals to nothing. 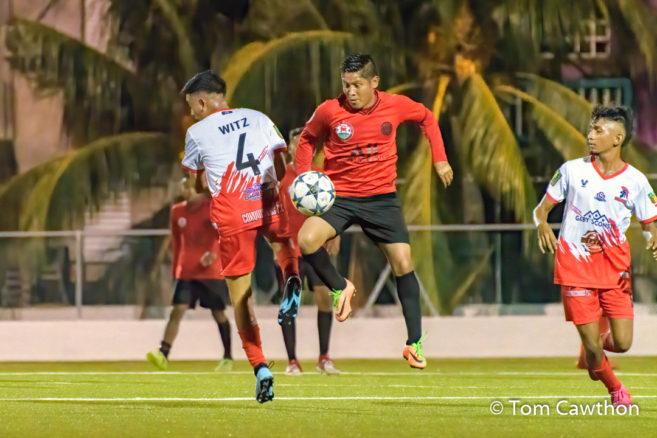 During the second half, San Mateo scored their first goal, but they were not able close the gap any further. Instead, Conquerors scored two additional goals, sealing the game at 7-1.

Immediately after the pronounced victory, Councilor Hector ‘Tito’ Alamilla and Sports Coordinator Kent ‘Bob’ Gabourel congratulated the teams participating in the tournament, then handed over the microphone to the Master of Ceremonies. Eiden Salazar Jr. began calling out names, and with the help of members of the San Pedro Sport Committee and Area Representative Manuel Heredia Jr., individual awards were issued out. 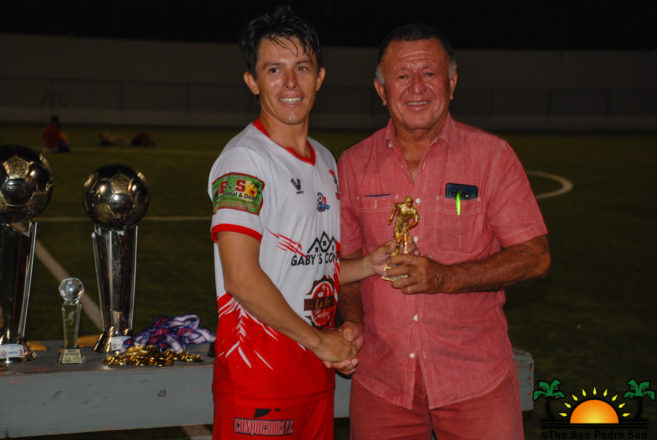 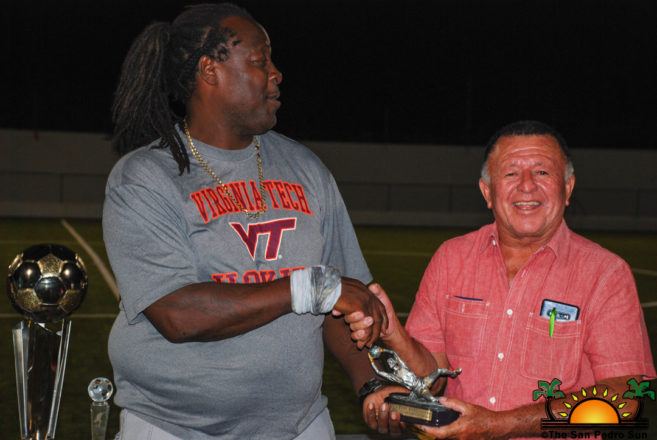 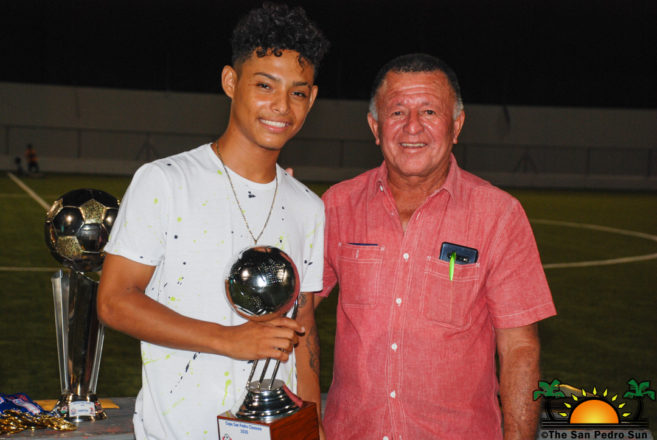 San Pedrito F.C.’s Harold Ramos received the awards for Best Under-17 and Most Goals. 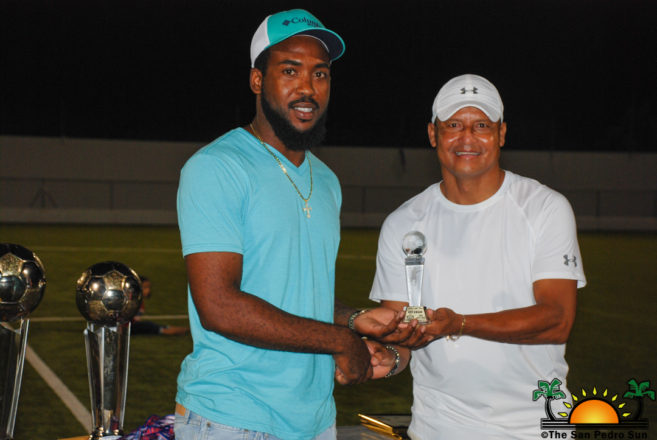 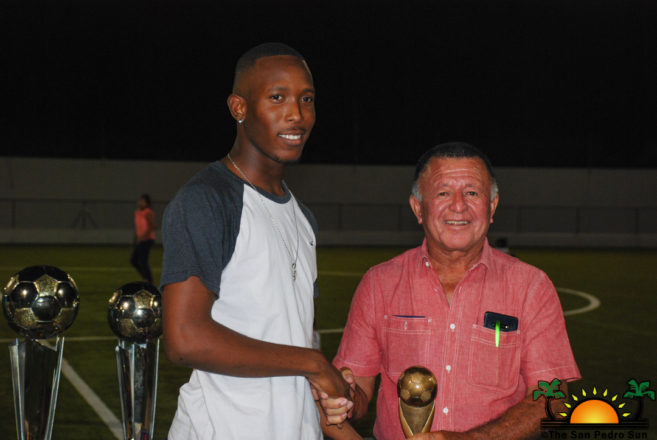 The award for the Youngest Team went to San Pedro High School F.C. 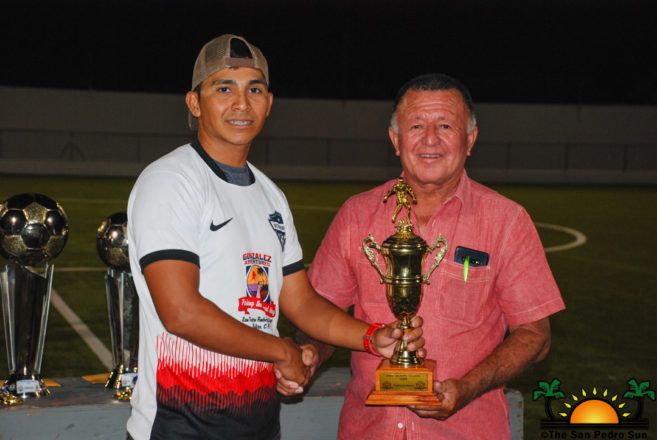 The committee also recognized with Certificates of Recognition Glenda Sanchez, Celsia Benguche and Angelica Olivarez for their continued support to the tournament.

San Mateo F.C.’s players then received their individual medals and its captain accepted the second place trophy and a cash prize. 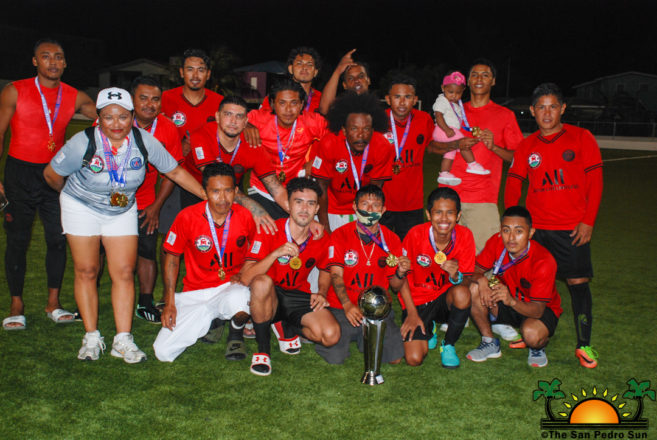 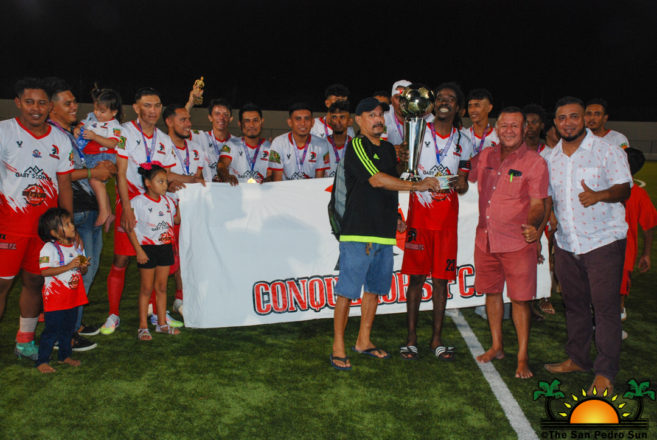 Copa San Pedro 2020 would like to thank all the people and businesses who made generous contributions, including the San Pedro Town Council, Hon. Manuel Heredia Jr., among others. Organizers would like to say a big THANK YOU to all the fans that supported the football tournament despite the current health crisis caused by the COVID-19 pandemic.