Half Moon Caye and Sak Xikin pok-ta-pok team were the natural and cultural attractions featured on the alternate covers of the 20th edition of the Destination Belize magazine unveiled by the Belize Tourism Industry Association (BTIA) at the Radisson Fort George Hotel in Belize City on Wednesday afternoon, October 24. 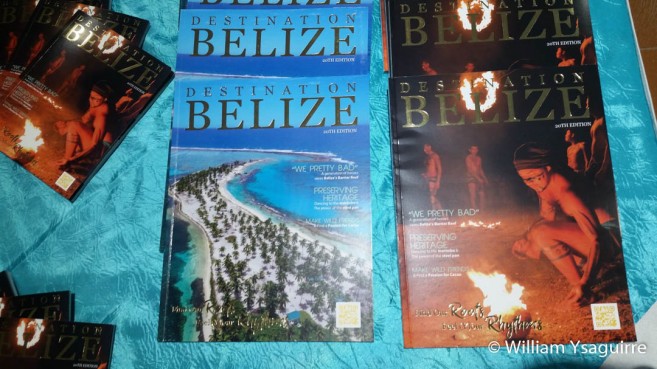 The BTIA has hired various multi-media agencies to produce previous editions of the magazine, but opted to produce this year’s edition in-house, and so they enlisted the services of travel blogger and guide-book writer Lebawit Lily Garma, who has been visiting Belize for the past eight years. As Garma produced and edited articles on the theme, “Find our roots and Feel our rhythms”, Jamil Loskot of Loskot Studios was charged with capturing the photographs and designing the layout of the magazine. The importance of protecting Belize’s incomparable natural beauty for future generations is emphasized in an introductory feature by Oceana Belize director Janelle Chanona. 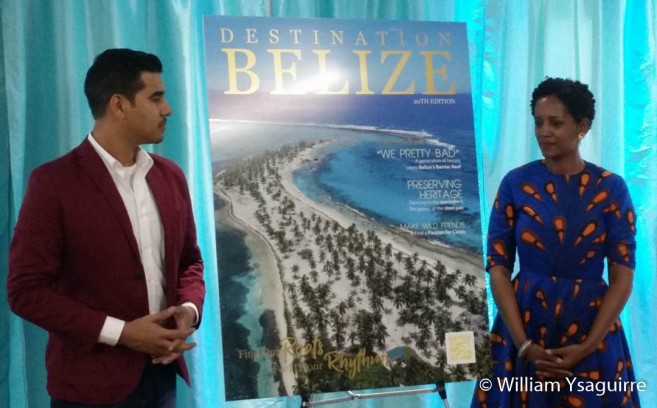 Different sections highlight the many attractions of each district; the Toledo chapter promotes the Lubantuun and Nim Li Punit archaeological sites, the Yok Balum and Blue Creek caves. Visitors can also enjoy the hands-on experience of chocolate-making, and learn the history of cacao once used as a currency by our Mayan ancestors. Water sports aficionados can enjoy the Sapodilla Cayes, while naturalists can be mesmerized by myriad species of birds to be seen on inland jungle tours. 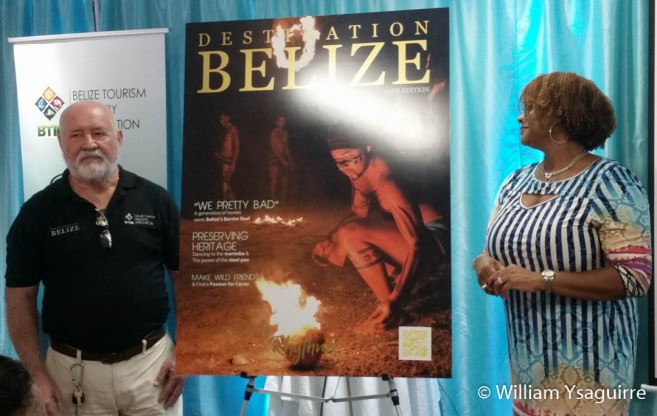 The rhythm of drums seems to define the culture capital – Dangriga, and this section highlights the Battle of the Drums and other activities celebrating the arrival of the Garinagu to Belize, such as the “wanaragua” dancers and the Ms. Yurmein pageant. Visitors to Hopkins fishing village have a choice of marine or inland attractions: the Glovers Reef World Heritage site or the Mayflower Bocawina National Park and the Cockscomb Basin Wildlife Sanctuary. 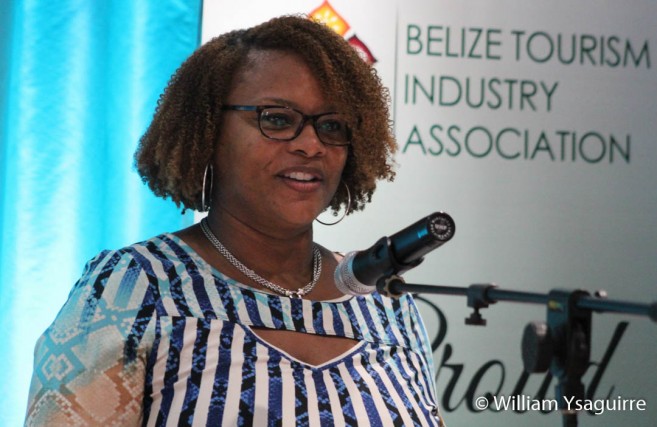 Swimming with the whale sharks, as well as the various protected species of sea turtles, manatees and corals to be seen in the Laughing Bird Caye and Silk Cayes national parks, the annual fishing tournament and the Placencia sidewalk are among the many reasons to visit the Placencia peninsula. 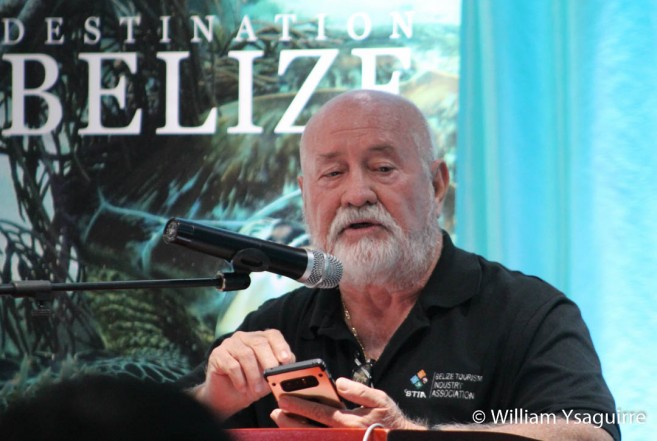 Cave-tubing at the Nohock Che’en archaeological reserve, zip-lining through the forest canopy, spelunking in St Herman’s Cave at the Blue Hole National Park, kayaking on the Sibun River or bird watching at Guanacaste National Park are among the many attractions to be enjoyed in the Belmopan area. 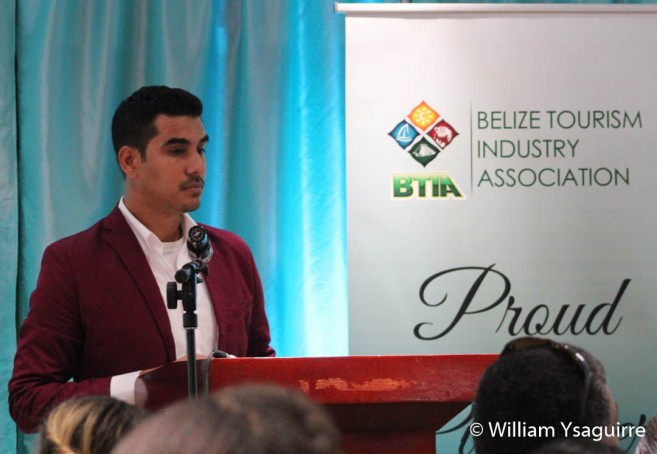 In the San Ignacio area, visitors have a choice of the Xunantunich, Cahal Pech and Caracol archaeological sites, the Actun Tunichil Muknal (ATM) cave and the Barton Creek cave, and the Rio On pools and Big Rock Falls in the Mountain Pine Ridge Reserve. 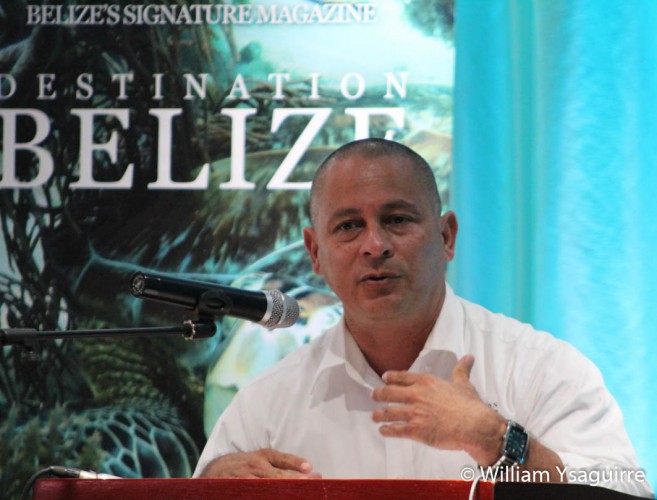 Belize’s cultural and ethnic diversity is featured, about the industrious Mennonite communities, the marimba music of the Mopan Maya, steel pan music and Creole cuisine, the Mestizos of Corozal and Orange Walk, the revival of the pok-ta-pok Mayan ball game, the East Indians and other more recent arrivals.
Sea and surf fans may be drawn to San Pedro Ambergris Caye for the Hol Chan Marine Reserve and Shark Ray Alley, or diving tours to the world famous Blue Hole at Half Moon Caye Reserve.
The magazine is also available to digital fans in an online edition at the website: www.destinationbelize.com, which will also feature videos of each and all advertizers in the magazine. 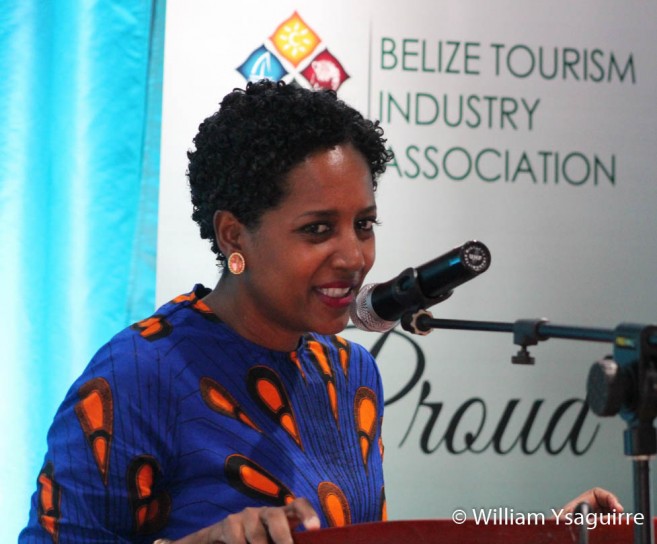