The contribution and importance of the tourism industry in Belize was recognized during the 17th annual Belize Tourism Board (BTB) National Tourism Awards. Held on Saturday, October 19th at Caribbean Motors in Belize City, the event saw guests and stakeholders from different parts of the country applauding the winners of the night. The tourism mecca of Belize, Ambergris Caye, was well represented, winning three awards overall. 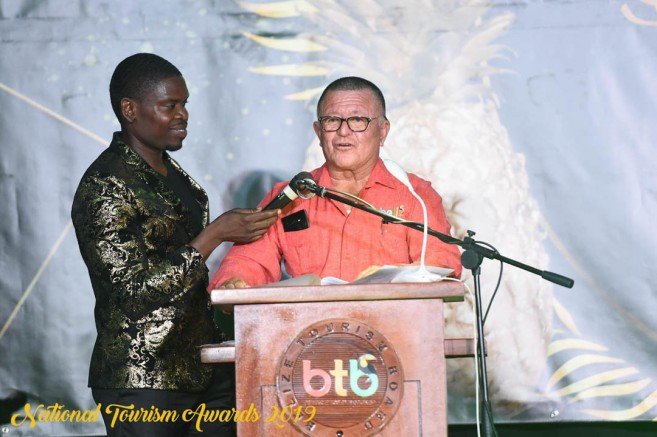 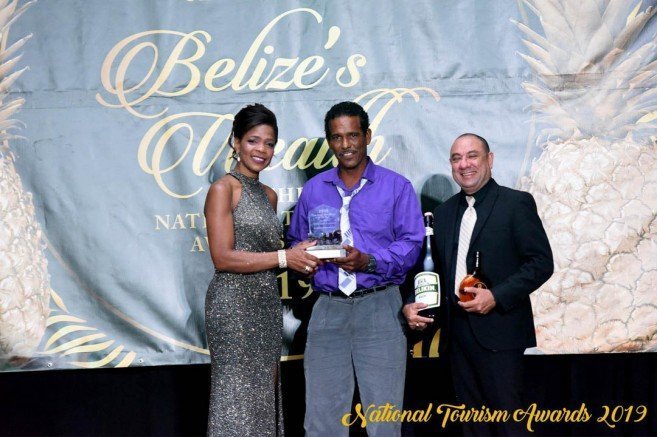 For the second consecutive year, San Pedro Tourist Guide Association (SPTGA) was victorious with the Tour Guide Association of the Year award over 17 associations across the country. Graciously accepting the award was SPTGA President Phillip ‘Billy’ Leslie, who stated, “SPTGA is an association that deals a lot with ensuring its members get represented, and mostly how we turn back our monies in community projects such as training kids to scuba dive and fly fishing among others. Also, we train our members, educating them so they continue to protect our marine life and corals. This allows us to share with other organizations what direction they should take.” 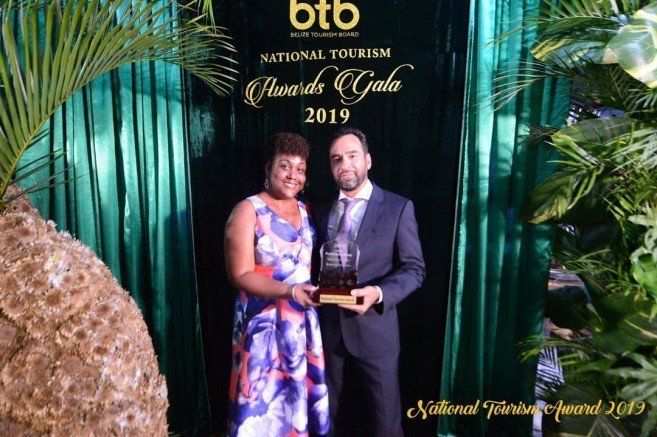 Taking Top Performing Hotel of the year for the second consecutive year as well as Grand Caribe Resort, a condominium resort located north of San Pedro. The luxury property opened in 2010 and comprises of 76 condominium units, ranging from one-bedroom to five-bedroom villas. 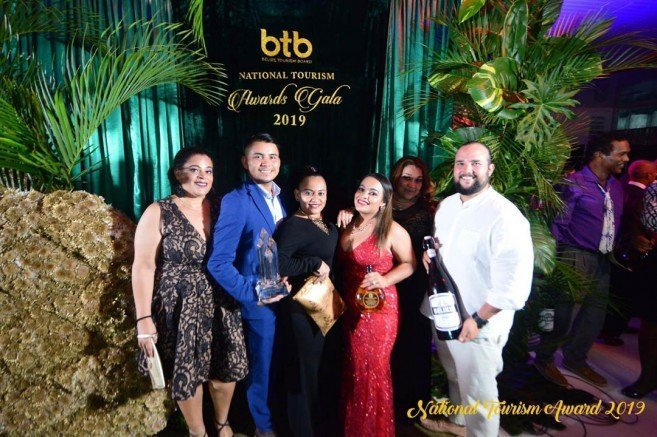 Kelly McDermott Kanabar received the Minister’s Award. Members of her staff picked up the award in her stead.

Born and raised San Pedrana Kelly McDermott-Kanabar was awarded the Minister’s Award of the Year. McDermott-Kanabar has built a good reputation in San Pedro Town not only for the excellent service her businesses provide but also for their contributions to the development of the island community. Each month, her businesses, Blue Water Grill, The Phoenix Resort/Red Ginger, and Wine De Vine join forces to raise money for a variety of causes in San Pedro, matching all donations. 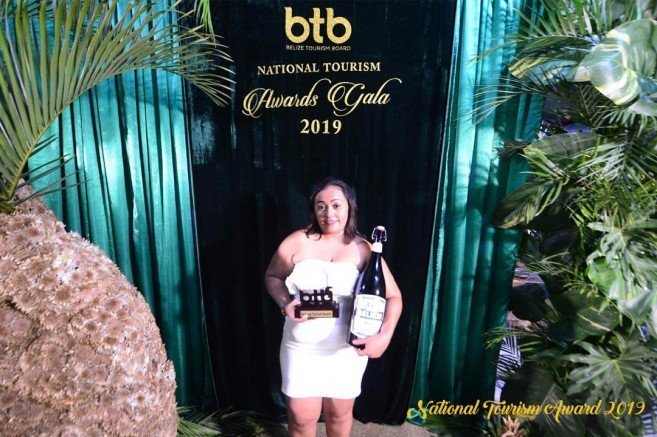 After the award ceremony, guests mingled and enjoyed the planned festivities. The San Pedro Sun congratulates all winners of the 17th BTB National Tourism Awards and applauds their excellent work throughout the year in showcasing Belize as a Curious Place.