The Angel Nuñez Auditorium was the venue for the first-ever San Pedro Tourism Awards on Saturday, May 28th. The initial location for the event was the Boca del Rio beach park, but due to inclement weather, the event was relocated. The occasion recognized key players in San Pedro’s tourism industry by awarding them prizes in honor of their hard work and contribution to the island’s growing economy. The awards covered the categories: People’s Choice, Restaurant of the Year, Small Accommodation of the Year, Tour Guide of the Year, Tour Operator of the Year, and Hotel of the Year. 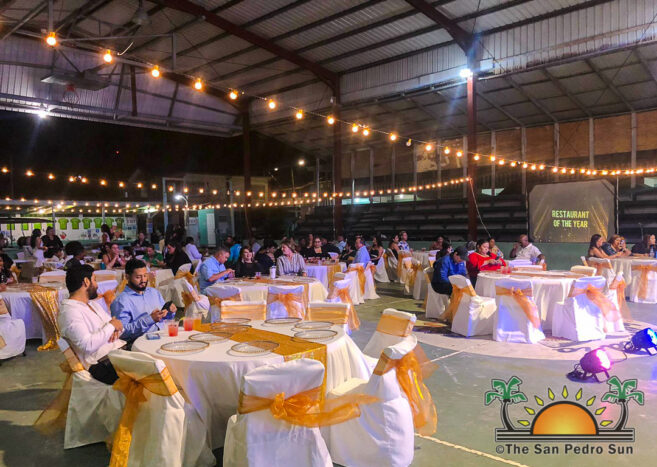 Organized by the San Pedro Town Council, the event started after 8PM with a musical number by Barbara Alfonso on the organ. Afterward, hosts Gerry Badillo and Doreth Pascacio welcomed everyone, and the show began. Mayor Gualberto ‘Wally’ Nunez and Area Representative, the Honourable Andre Perez highlighted the importance of the awards. The different tourism stakeholders were lauded for their ongoing hard work and contributions to the success of the island’s and country’s tourism industry. 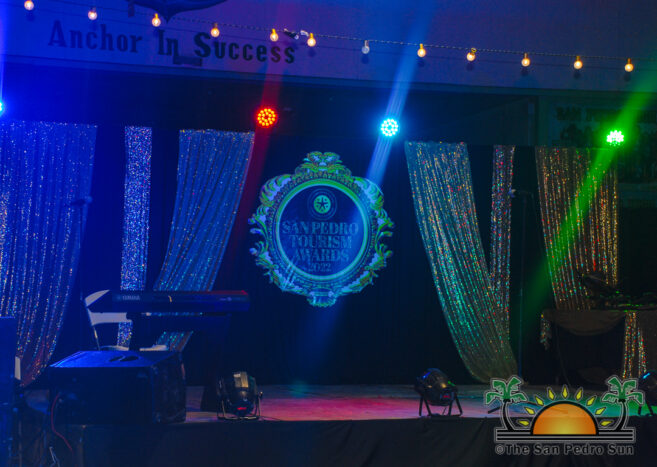 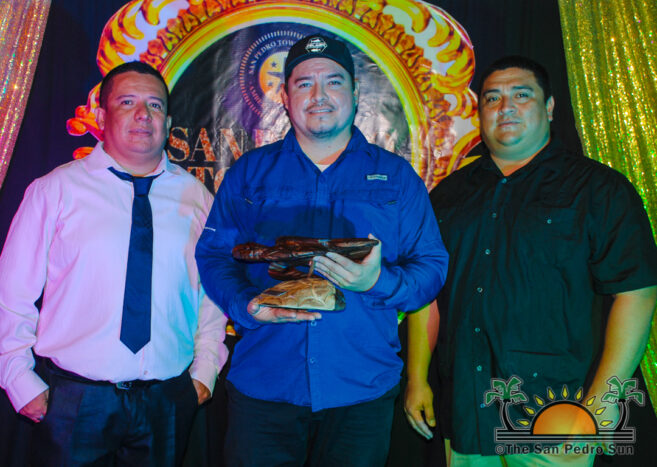 There were three nominees per category. Hosts Badillo and Pascacio started by naming the first winner in the People’s Choice division. This prize went to Joshua Reimer from PUR Boutique Cabanas, located north of San Pedro Town. 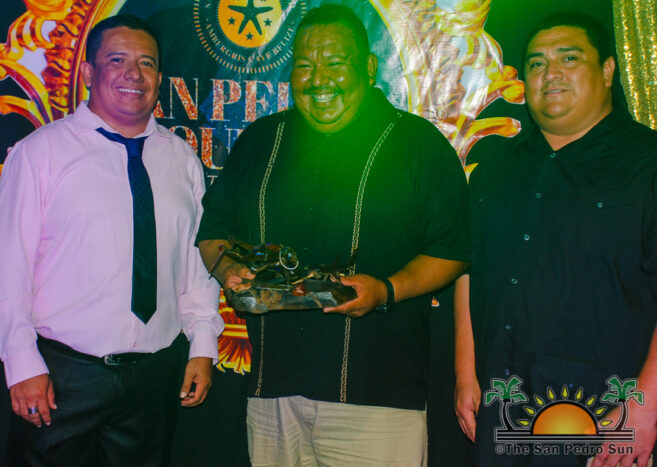 Next was the Tour Guide of the Year. The three nominees were Everette Anderson, Scuba Steve, and Turiano Vasquez. The award went to Vasquez, which was received by his son Turiano Vasquez Jr. 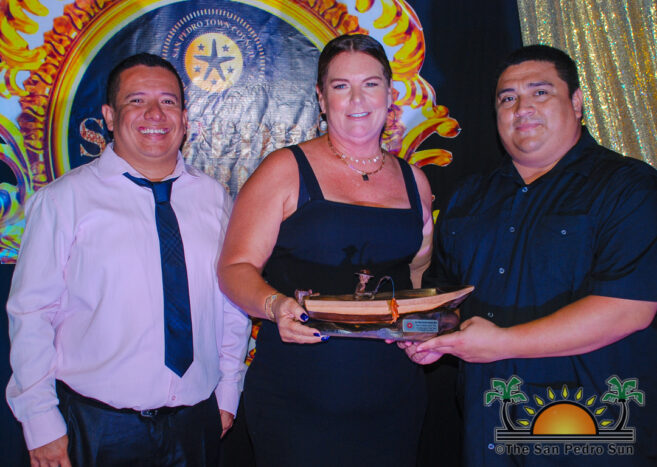 In the Tour Operator of the Year category, the three nominees included Amigos del Mar, Ramon’s Village, and SEArious Adventures, who took the award. 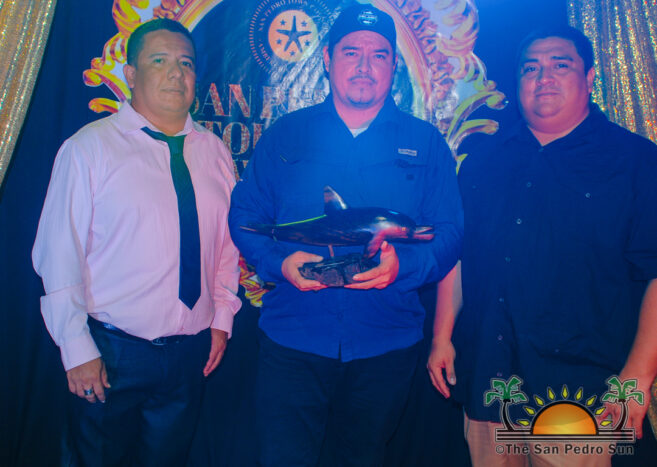 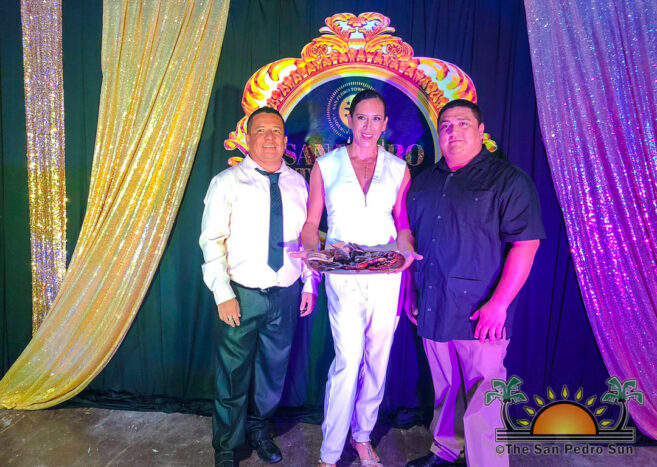 The award for Restaurant of the Year went to El Fogon. The other nominees included Estel’s Dine by the Sea and Caramba. 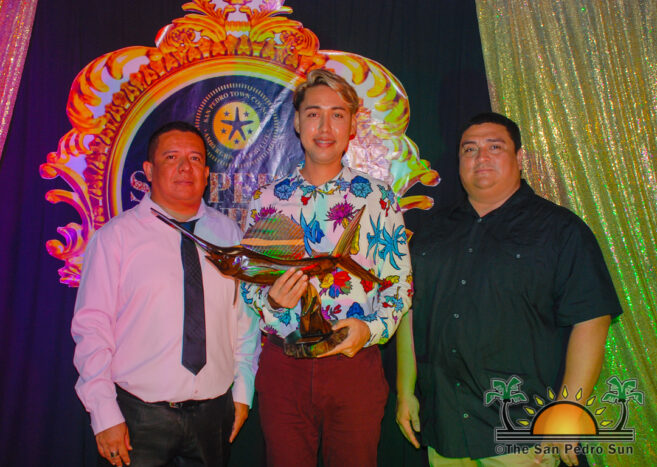 Each awardee thanked the recognition and highlighted their staff’s hard work and commitment. The recipients also dedicated the award to their patrons and staff.

The entertainment section of the awards included a few cultural presentations by the Belize National Dance Company.

At the end of this new annual event, Councilor Ernesto Bardalez, in charge of the tourism portfolio, thanked everyone for making the program a success. He congratulated the nominees, winners, and most importantly, the judges who had the challenging task of selecting the awardees. The judges include Melanie Paz (Belize Tourism Industry Association), Philip ‘Billy’ Leslie (Tour Guide Association), Alina Zaldivar(Belize Hotel Association), Tania Ayala, Marcus Alamina, Jorge Cante, and Nubia Carillo (Belize Tourism Board). Special thanks also went to hosts Badillo and Pascacio.

Congratulations to all the winners, and see you all at San Pedro Tourism Awards 2023!