Minister of Tourism and Civil Aviation Honourable Manuel Heredia Jr. has denied ongoing reports of a private flight from Texas, USA arriving in Belize early in July with potential investors headed to Ambergris Caye. Prime Minister Right Honourable Dean Barrow initially singled out the alleged flight as a possible origin in the spike of COVID-19 cases on the island, but he later retracted his statement and apologized. 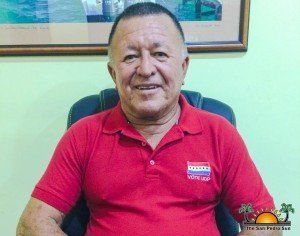 However, on the island and across the country, many people remain skeptical. The story that the flight did arrive and that investors visited several areas on the island, including a fishing tournament, spread like wildfire and caused much alarm and finger-pointing.  The head of Civil Aviation, Heredia, refuted such allegations via a video call on Friday, August 7th, making it clear that a private flight did not land in the country with potential investors traveling to the island. “They can check the Department of Civil Aviation, Concession Company, Immigration and Customs and they will find out that it was a mistake that the prime minister made,” said Heredia. He also claimed that Barrow has apologized to him.

Heredia further said that he has no authority in approving such a private flight to enter the country as there is a process established by Central Government. He explained that whenever anyone intends to come into Belize via a private flight, they have go through the Ministry of National Security, Health and Immigration. Then once it is given the green light, the Minister or Director of Civil Aviation is informed. “All that we do is give orders to the Belize Concession Company to open the airport,” said Heredia. “I am not the one that approves the flight.” Heredia did mention that in normal times, he would take part in the approval of flights, but given the current situation with the COVID-19 pandemic, the National Oversight Committee at Central Government controls every decision. When such flights are approved, passengers need to bring along with them negative PCR test. From the Philip Goldson International Airport (PGIA), the people must head to the place they are staying at, and can only remain in the country for a day or two the most. 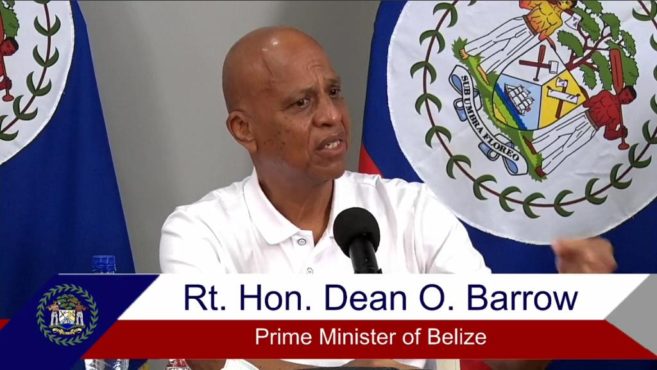 Prime Minister Barrow mentioned the alleged private flight on Wednesday, August 5th during a virtual press conference, where he announced the delay in the re-opening of the PGIA. Barrow said that at the time of sharing the report, he had reviewed it with Civil Aviation for its accuracy. A check with Civil Aviation apparently indicated that the flight never came and Barrow has since apologized.

A day after, Chief Executive Officer in the Ministry of National Security, Retired Colonel George Lovell confirmed that a flight did arrive in Belize on around July 10th. However, he did not indicate if the flight brought any investors for Ambergris Caye. “I do know there was a flight that came in for business purposes,” said Lovell. “It was a private flight and there was one individual.” Lovell added that he knows of one private aircraft the Feinstein family, a well-known Belizean family with properties/businesses on the island, had taken them out and brought them back into the country. This private flight carrying the Feinstein family reportedly took place in early July.