Four unsung heroes within the Ministry of Health (MOH) and Belize Police Department (BPD) won a Belize Staycation Prize Package via the Belizean Traveller Campaign’s Essential Workers Competition. Spearheaded by the Belize Tourism Board, the package awards essential workers’ performance during the COVID-19 pandemic and includes cash prizes and a two-night stay at a host of different hotels in different parts of the country. One of those winners is San Pedro’s Dr. Javier Canul from the Dr. Otto Rodriguez San Pedro Polyclinic II. 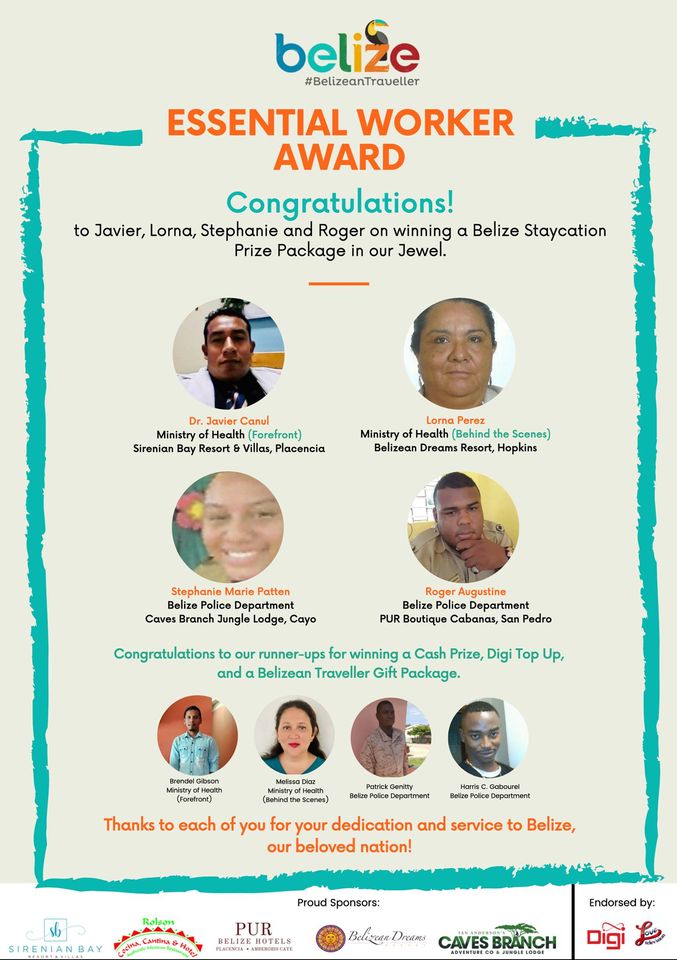 The other winners include Lorna Perez from MOH along with Stephanie Patten and Roger Augustine from the BPD. The competition saw a total of eight nominees in the competition. 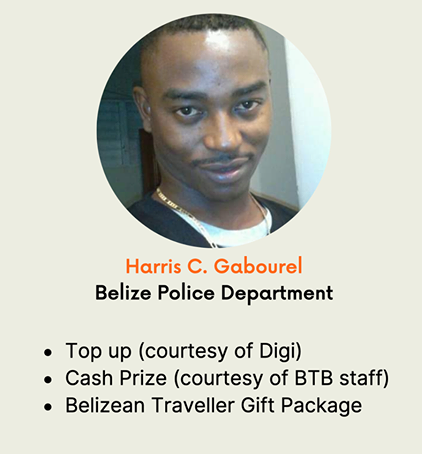 The remaining four participants, which included San Pedro Police Constable Harris Gabourel, received prizes as runners-up in the competition. The winners were selected based on the amount of votes they received via the Belizean Traveller Facebook page. 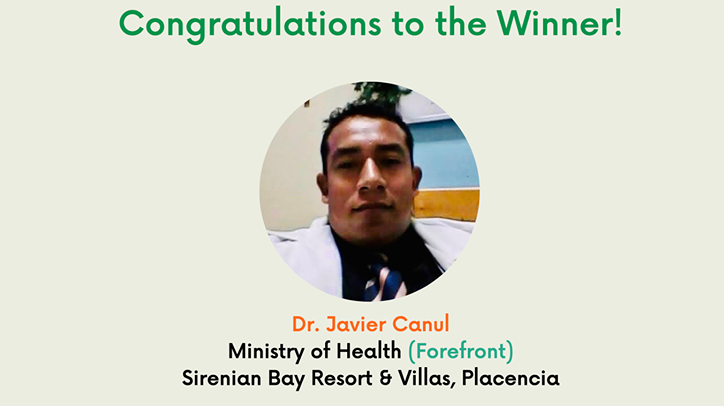 Dr. Canul told The San Pedro Sun that he feels honoured and grateful for the award. He added that due to his commitment to continue working along his colleagues in the battle against the pandemic, he is unsure when he will have time to use his vacation package, but that he looks forward to doing so.

The Essential Workers Competition aimed to highlight hardworking individuals, who have gone beyond the call of duty to serve the country. As a result these unsung heroes were selected to participate in this project to acknowledge them for having been exemplary during this most challenging time in the nation.

The Belizean Traveller Campaign was designated to promote domestic tourism by encouraging Belizeans to be tourists in their own country. The project to stimulate Belizean tourism in the Jewel is in its fourth edition and so far it has been able to encourage a strong interest in local tourism.

The BTB expresses its gratitude to the Belize Police Department and the Ministry of Health for their commitment and service rendered during these difficult times. They also send out a BIG thank you to their partners (hotels) and the BTB staff. Some of the hotels participating in the project included: PUR Boutique Cabañas on Ambergris Caye, Rolson Hotel in San Ignacio Town, Cayo, Sirenian Bay Resort and Villas on the Placencia Peninsula, Stann Creek, or Belizean Dreams Resort in Hopkins Village. Other options include Caves Branch Jungle Lodge along the Hummingbird Highway.

Letter to the Editor: Thanks to the Ministry of Education