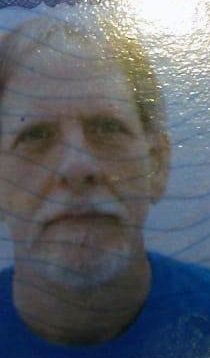 Autopsy results have determined that heart failure – specifically dilated cardiomyopathy – was the cause of Steve Vorhaus’ untimely death on Ambergris Caye. On Thursday, July 18th, around 1:55PM, the San Pedro Police received information that a male person was at the Dr. Otto Rodriguez San Pedro Polyclinic II, having apparently drowned. Upon arriving at the clinic, police regarded the lifeless body of a male Caucasian, 66-year-old Steven Williams Vorhaus from Lafayette Colorado, USA.
He was identified to police by his 68-year-old common-law wife Carol Puchalsk of Lafayette Colorado, USA. Initial investigation revealed that on Thursday around 11:45 AM Vorhaus departed the island on a diving boat along with eight other tourists and divemaster Ernest Raymond Leslie Jr. to dive at the nearby reef. Upon arrival at the location, they all entered the water and began to dive, going to a depth of 80 feet.
Twenty-five minutes later Vorhaus signaled to divemaster Leslie that he was low on air and wanted to surface. Upon reaching the required safety stop on his accent, he signaled to Leslie that he was good. Leslie continued diving with the other guests for about 25 minutes more after which they resurfaced and got into the boat. There Leslie noticed that Vorhaus was not in the boat. He asked the boat captain as to the whereabouts of Vorhaus, but he could not be accounted for. They immediately launched a search with the assistance of other boats in the area and around 1:45 PM Vorhaus was found motionless at the bottom of the sea. His body was retrieved and transported to Dr. Otto Rodriguez San Pedro Polyclinic II where Dr. Ruben Aneiros pronounced his death around 2PM.
In a press release issued on Friday, July 19th, Ramon’s Village Resort expressed their condolences to the family members of their guest. “It is sad to report that our guest, Steve Vorhaus, passed while on a dive just outside the reef. He was immediately taken to the Polyclinic where he was pronounced dead and taken to Belize City. A post-mortem will be conducted to determine the cause of his death — our condolences to his family. Ramon’s would like to take this opportunity to thank the dive community that assisted in the search and rescue, Billy Leslie and the RRR (Rickilee Response & Rescue), Dr. Otto Rodriguez Polyclinic staff, the San Pedro Police Department and Mr. Jeff Bella. May Mr. Vorhaus rest in peace,” stated the release.