Houston’s Donkeeboy and Donkeemom make their mark in San Pedro


A mother-son duo out of Houston, Texas have gifted San Pedro Town, Ambergris Caye with two colorful and inspiring murals. The late ‘Queen of Tejano Music’ Selena, and American rapper and actor Tupac (2Pac) Amaru Shakur are depicted Picasso-style along the wall of a warehouse building on Seagrape Drive. Artists Alex Roman Jr., and his mother Sylvia Roman, artistically known as Donkeeboy and Donkeemom, said their collaboration evolved out of similar interests and encouraging each other to continue doing what they love the most-paint, paint, and paint. 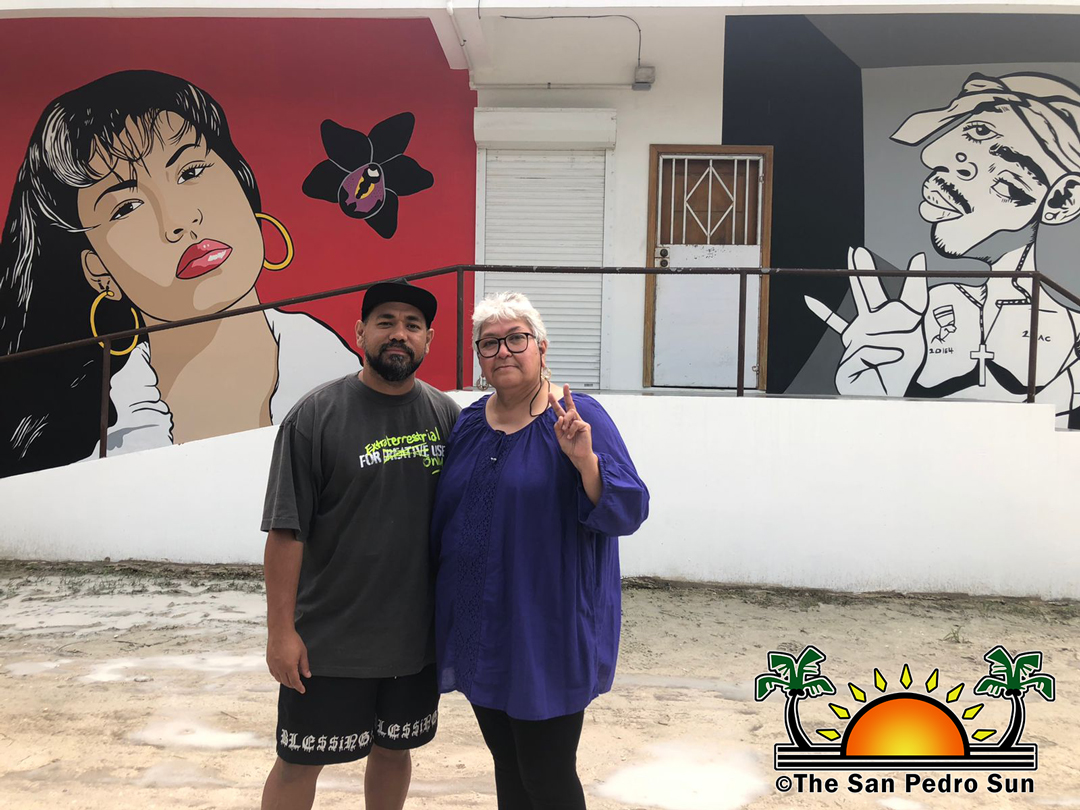 The two murals paying tribute to Selena and 2Pac are on a building owned by San Pedro’s well-known philanthropists and entrepreneurs, Kelly McDermott Kanabar and Mukul Kanabar. The Kanabars are actually very good friends with the Romans and have been planning to host the artists on the island for quite some time. Mukul said the mural images were chosen to promote peace, happiness, and hopefully serve as inspiration for aspiring artists. The subject matters are beloved to San Pedranos. In fact, 2Pac visited Ambergris Caye in the 1990s along with other famous entertainers like Snoop Dogg. Although her life was tragically cut short, Selena’s timeless music is beloved on the island. That love was felt when her brother A.B Quintanilla III and his band the Kumbia Kings, performed on the island at the annual International Costa Maya Festival in August of 2005. 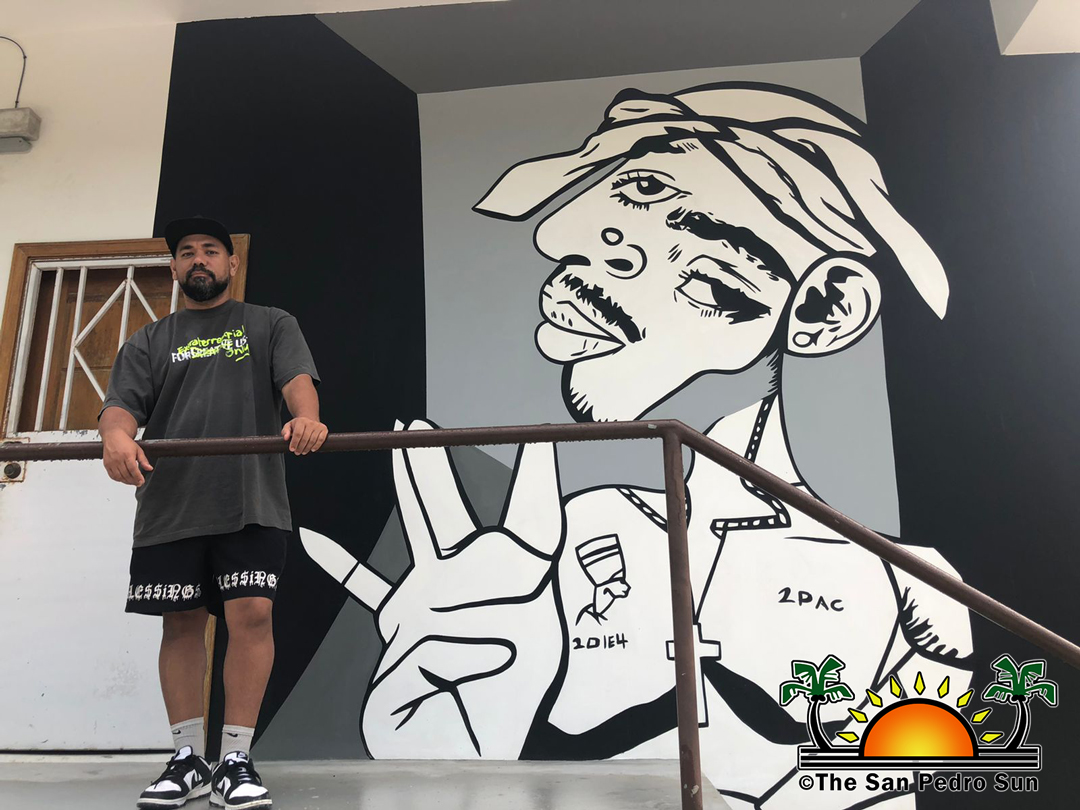 The murals took several days to complete, and although there were a few hiccups along the way, like unpredictable weather conditions, Alex and his mother Sylvia managed to complete the project one day before their return to Houston on Sunday, November 21st. Alex told The San Pedro Sun about his painting portraying the late 2Pac. He explained that it is a combination of two great artists: 2Pac and Pablo Picasso. Alex calls his painting style a “remix” – in this case, 2Pac in the style of Picasso, which makes the end product a ‘PACasso.’ “I wanted to put both of them on the highest pedestal,” said Alex. “When I heard that 2Pac is big here in Belize, for me was like the perfect thing because I already had this piece I had been working on forever and it just felt like the right thing to do and paint it here,” Alex said he started getting into painting from when he was a kid, and by the age of 13, he was already selling his works. Alex felt a passion for painting after growing up looking at his mother’s paintings. “It’s something she instilled me from since I was a kid,” he said. Alex added that for the past 10 years, he has been working as an artist full time. 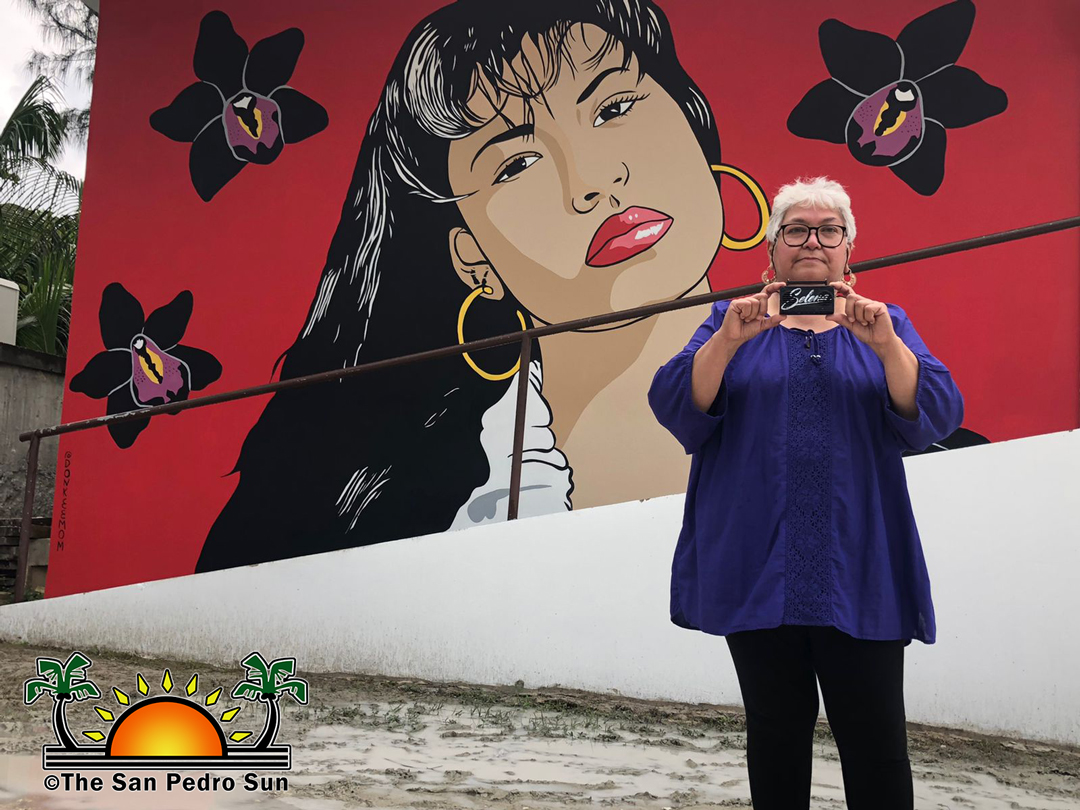 Sylvia shared that she was a big fan of the late Selena and loves doing paintings that showcase her beauty. She said that she notices the joyful reactions from people when they see her Selena paintings, and it brings her great satisfaction to share happiness with those fans who still miss the Queen of Tejano music. Sylvia does prints, posters, and other types of paintings for people to purchase. “I love to see people happy when they get to have those art pieces with Selena,” said Sylvia.  She, as her son, began drawing and painting from an early age, selling her artwork when she turned nine years old. A couple of years after she got married, she stopped painting for some time. According to her, it wasn’t until her son began to show interest in this discipline that she once again dove back into it. “We started working together and then we took it to another level and started painting murals,” said Sylvia. Apart from Selena, Sylvia’s works also feature Frida Kahlo (Mexican artist), the Mexican Revolution, Emiliano Zapata (Mexican revolutionary) among others. 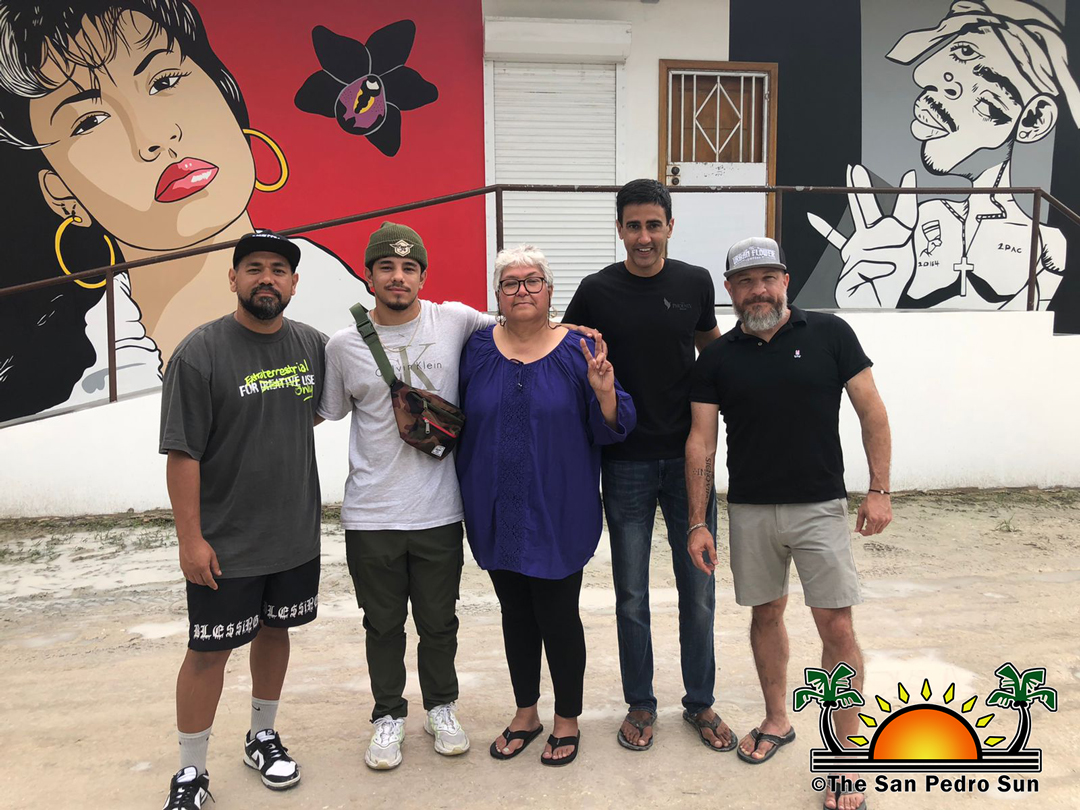 The paintings held the attention of the many persons who walked, biked, or drove by. Some even stopped by and took pictures with the artists, and others even played the artists’ songs!

Alex and Sylvia, who were also accompanied by other members and friends of the family, are more than happy with the reception they received while in San Pedro. The pair look forward to returning and working on more murals, hosting a larger event, and collaborating with local artists. To see more of their works, follow them on Instagram: Alex is on Instagram @Donkeeboy, and Sylvia is @Donkeemom, or visit their website https://store.donkeeboy.com/.

Letter to the Editor: UB Condemns destruction of Noh Mul