Since Thursday, December 17th, Jack Charles (Jitendra Chawla) has tried to clear the release of three containers of Guyanese rice from Big Creek Port. After not receiving the necessary permits from the Belize Agriculture Health Authority (BAHA), Charles took the matter to court where his case was completely shut down. Charles wanted to import cheap Grade A (premium quality rice) rice to be sold in the Belizean Market in time for the holidays, but the Government of Belize is not allowing this as it may damage the existing rice industry. With the outcome at court, Charles has sustained significant losses in his business venture and still does not know what will happen to the rice which is still being stored at the port. 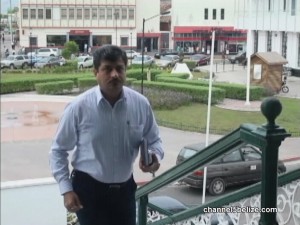 After not receiving a response from BAHA on whether they would provide the necessary permits for clearing the 75 tons of Guyanese rice, Charles filed a lawsuit at the Belize Supreme Court. The lawsuit consisted of a request to the Supreme Court to analyze BAHA’s actions and determine whether they acted lawfully.
Hearings on the matter commenced on Thursday, December 24th, and by the last hearing on Monday, January 4th, Justice Sonya Young had declined Charles’ request to have the matter filed for a judicial review of BAHA’s decision. According to Justice Young, Charles could not bring the rice from Guyana legitimately in the first place as he had never obtained an import permit. “What happened is that the court held that because there was no import permit, and that was so important, that because the importer did not have the import permit, then what he did was unlawful, and she would not grant leave to apply for judicial review. He was pretty much saying that we needed the import permit and without that you cannot import the goods into Belize. At this time we need to consult with our client and see what direction we go. According to the judge, Section 27 is so clear that I don’t think there is any merit in appealing this ruling,” explained Charles’s attorney, Leroy Banner.
Attorney for the Belize Agro Productive Sector Group, Senior Counsel Eamon Courtenay indicated that the decision was inevitable, as Charles never took the legal steps needed to properly import the product to Belize. “The rice producers who I represent didn’t even have to make any argument to the court. Essentially what the government argued, quite rightly in their submissions, was that basically he [Charles] was asking the court to assist him to break the law. The court was very clear that the court is not here to assist anyone in breaking the law and therefore a person who does not have the necessary import permit for the importation of rice will not be allowed to use the court as a basis on which to get some sort of relief,” said Courtenay. Representing BAHA during the hearing was Deputy Solicitor General Nigel Hawke.
This incident has cost Charles around $5,000 in expenses related to the storage of the three shipping containers. If Charles cannot get the Supreme Court’s decision amended, his product will either be auctioned off, destroyed or shipped back to its original departure port. Charles has the option of appealing the court’s decision or taking the matter to the Caribbean Court of Justice. 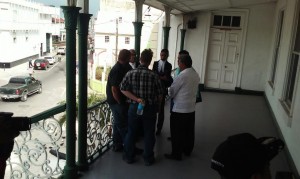 Should Charles fail to receive the proper documentation to clear the shipment, and BAHA ultimately decides to destroy the rice, the Belize Energy Workers Union (BEWU) issued a press release on January 6th expressing their desire for the Government to put the rice to better use. “As a stake holder, representative of many families, consumers of our Belizean Traditional Staples, the BEWU finds it necessary to call on the Government of Belize not to proceed with the apparent decision to destroy the rice now under custody of BAHA which business man ‘Jack Charles’ was trying to import into our country. We believe that no wise Government would destroy food which could be placed to a better use. We are also sure this would not sit well in the eyes of the International Community. However, we also believe that BAHA must ensure this rice is safe for consumption first, this should be easy for them since they are the authority in making a determination of whether food products being imported into our country are safe. Once this is done we recommend that instead of the rice being destroyed that it be distributed to organizations around the country which help feed the children, the elderly and poor. It can also be given to those schools which already have in place a feeding program. Finally, and in fairness to all concerned, we also believe the owner of the rice should at least be compensated for the cost price of the rice. If we are not a country of wasteful people nor a country with the culture of taking advantage of others, it is time we start acting as one,” stated BEWU in the release. While it is not guaranteed whether the rice will be destroyed or not, the Belize Customs and Exercise Department has applied for a destruction order of Charles’ cargo to Senior Magistrate Sharon Frazer. Currently, Chief Justice Kenneth Benjamin has granted Charles an injunction on Customs and Exercise Department’s application which will prevent the destruction of the rice up to Tuesday, January 12th. After that, it will be up to Senior Magistrate Frazer to decide the fate of the three containers of Guyanese rice.