Belize to benefit with millions from foreign aid to help micro, small and medium enterprises


Belize could see between $US200 and $US500 million in grant funding from an independent United States Government foreign aid agency called Millennium Challenge Corporation (MCC). This funding, expected in 2023, would aid the nation’s economic development and last for five years. 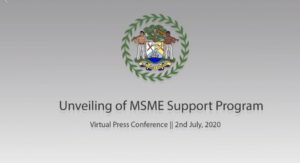 According to Prime Minister Honorable John Briceño, Belize was one of only two countries chosen by MCC. Briceño shared with Cabinet on Tuesday, January 11th, that MCC Board was satisfied with the current administration’s commitment to ruling justly, investing in the development of its people and its economic policy. The grant will give support to Micro, Small, and Medium Enterprises (MSME) to reduce poverty through growth.

Under the previous administration, an initiative to help MSME was launched in May 2019. This program aimed to reduce the cost of doing business and strengthen the competitiveness of the MSME participants. The project was promoted across the country by a team attached to the Ministry of Investment, Trade, and Commerce. When the team visited San Pedro Town in July of that year and met with a handful of entrepreneurs, they explained that once a business signs up to be part of the program, they will see immediate benefits through the waiver of fees from imported products.

The program was continued through part of in 2020 when the COVID-19 pandemic began. Months later, the program paused after the election of a new government.

The program now coming with the aid of the MCC will assist with financial support. The MCC awarding mechanism is stringent, and awards countries based on the principle that help is effective when reinforced by good governance.

Suspension of All Lotteries including Games of Chance and Government Lotteries