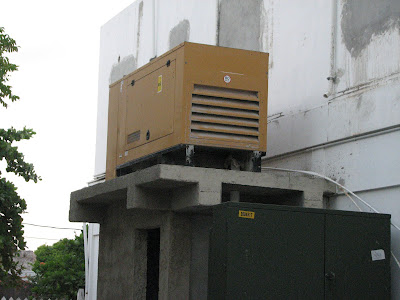 You ask anyone living on San Pedro, Ambergris Caye for years and they will tell you that the island has changed by leaps and bounds. The island has developed from a small fishing village that depended on kerosene lamps to a productive bustling town that finds itself handicapped when electrical power is lost. It has gotten to the point that homeowners like businesses find it essential to have a generator as a backup power supply in case of emergency. And that’s exactly what Wings Department Store did; install a generator for emergency purposes.
According to Wings’ Manager Monica Melwani, the management installed a generator to the back of the building as an electrical backup system in case power supply is interrupted on the island. “We decided to install a generator that will be used only if power is interrupted,” stated Melwani adding that, “but we did not install just any generator, we install an enclosed generator that is noise free.” But what do you do when a generator is next to your window? For next door resident Celi Jeanne Greif, there is no explanation that would bring her a sense of peace. Greif claims that the generator sits some 15 feet next to her daughter’s window and it is an inconvenience to her family. “I have a problem with the generator because it is too close to our window,” stated Greif. She added that, “it is also an inconvenience to my tenants.” Greif claims that continue to cause problems to her tenants they might seek other accommodations and that might bring a financial loss to her business.
How did the generator get installed behind the building in the first place? Melwani stated that they got the green light to install the generator from the island’s Local Building Authority. According to Chairman of the Ambergris Caye Local Building Authority (ACLBA) Fidel Ancona, it was the board that approved the project. “We did not foresee any major problems because the generator is only for emergency purposes,” said Ancona. He added that, “it is a genuine concern but the inconvenience would be minimal.” 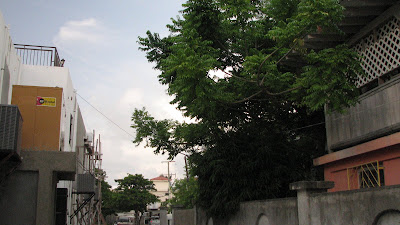 Both Ancona and Melwani stated that the generator is enclosed to muffle the noise as much as possible. The area where the generator sits was inspected by various members of the ACLBA and after a meeting; the board gave Wings the green light to install the generator. Ancona stated however that, “we did allow a shift from the original plan because the right thing was to keep the generator on top of the building.” But why change it from the top to the back of the building? Melwani stated that it was all about “safety” purposes. “We already had a bad experience of a fire when at the time the generator was located to the top of the building,” explained Melwani. She added that, “it is difficult to get to a generator to the top of the building when there is a fire, it needs easy access.” Last year Wings incurred a seven million dollars loss after the store was partially destroyed by fire.
Wings from the offset followed proper procedure, complying with the requirements of ACLBA, so technically they are not in violation of any wrongdoings. Melwani claims that Greif’s complaint took her by surprise. Because the ACLBA has already approved the installation of the generator the matter has been passed on to the Central Building Authority. Greif has sought legal advice and explained that she intends to take the matter to the very last recourse. Greif has submitted a letter of complaint to the Central Building Authority who reviewed the matter yesterday in a special meeting. The outcome of the meeting will be reviewed by the ACLBA after which they will make the recommendation public.