Home » Community and Society » Editorial: If You Don’t Like the Law…Change It 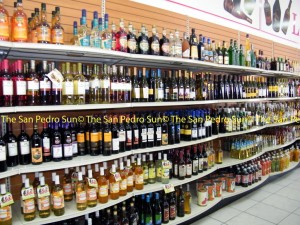 It seems foolish to debate whether or not a certain law should be imposed and it is absurd to ask an officer in charge of the police not to enforce it. Laws are not to be individually interpreted by law enforcement individuals and citizens can not interpreted the law based on their personal interests.

We the good people of Belize have voted leaders into our government who we have entrusted to create and mandate laws that are in the best interest of the people. By doing so we also agree to abide by them and support law enforcement individuals who have sworn to uphold them.

If you happen to disagree with or find a specific law nonsensical and/or outdated, such as the Good Friday Alcohol Law that was hotly debated last week, then it is up to us, THE PEOPLE, to have the law changed. It is wrong to ask the ones who are paid to maintain the law to disregard it just because some of us find it inconvenient or untimely.

There is plenty to debate over this controversial law. Some community members, mostly local business owners, have objected to it claiming they will lose revenue on liquor sales on one of the busiest tourism days of the year. It is not so much the debate that people cannot live without buying booze for one day, but that with each peak tourism day optimal income is essential to surviving through the off-season. Denied the opportunity to capitalize on this seems economically counterproductive. Others argue that Church is crossing the line into Government, imposing the religious Easter rituals upon those who choose not to. Should businesses and individuals opt to recognize Good Friday then so be it, but to mandate this “belief” on an economy that literately counts the days of tourism dollars, the financial loss is the direct result of a secular belief imposed upon the business community.
At 3PM on Good Friday, the San Pedro Police came out in force, closing down grocery stores that also sold liquor. Just about every shop, large or small sells liquor in San Pedro, and by closing them down for the rest of the day other store essentials were unavailable to the public. One person complained that an afternoon errand that day to buy laundry soap, bottled water and toilet paper turned into an island scavenger hunt in search of an open store. In essence the law banned any and all shopping for the day. It seems leniency was extended to restaurants and bars that were serving alcohol as early as 6PM, most likely spared the consequences of the law after constables were persuaded by local government officials and higher powers to disregard it.

This antiquated law could have been amended years ago if the stake holders in the tourism industry had the foresight to work with the Cabinet in changing it. If we as a community don’t like the law, then let’s do what it takes to have it changed. Expecting acceptations is not only unethical, it is illegal, and the abuse of powerful individuals to sway the enforcement of the law is an abuse of their power and status. Instead of trying to bend the law these leaders, along with the stakeholders and the community can work together in changing it.

In the meantime, the law is the law whether you like it or not, and regardless of who you are, no one should be above it.