Home » Community and Society » An overview of the national PSE results

An overview of the national PSE results


The Ministry of Education, Youth and Sports officially released the Primary School Examination (PSE) results late on Friday June 7th, and one student from Ambergris Caye is amongst the highest in the country. 13 year-old Jennessa Sierra of San Pedro Roman Catholic School (SPRC) came in second in the entire country from amongst 7,359 students who sat the exams. She tied with two other students from the Cayo District. 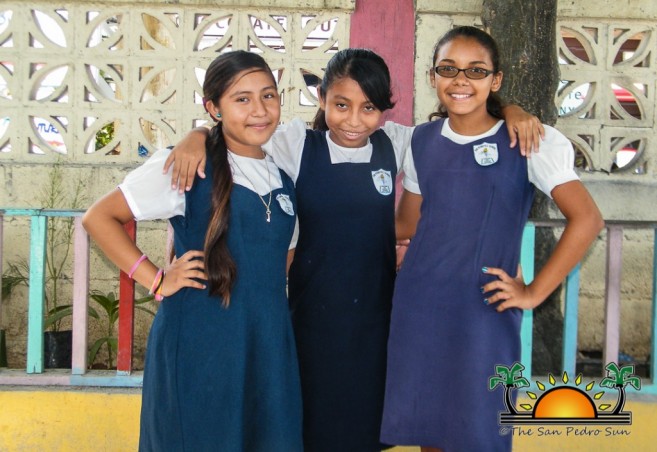 According to Miriam Pott Codd, the Education Officer for Belize Rural South, of the 197 registered students, 192 sat the exam on two separate dates earlier this year. Sierra did not only capture the highest in both her school and on the island, but tied with Nelson Esteban and Vicente Hulse of Saint Andrews Anglican School in the Cayo District for second place countrywide. She obtained a total of 386 points of a possible 400 points. A few minutes after receiving the good news at her home, an overjoyed Sierra spoke to The San Pedro Sun. “It feels great and I am amazed. I knew that if I put my all I would do good. I didn’t expect to do so well!” she said. “I want to thank my parents, teachers, friends and everyone who helped me.” Sierra added, “This means a lot to me and I don’t have words to describe how I feel.” She plans to attend San Pedro High School (SPHS).

The top three students in each school on Ambergris Caye are the following:

One business that has acknowledged the performance of the students that took the PSE in San Pedro is Blue Water Grill. The company announced that as a result of her outstanding performance, they will be awarding Sierra with a four year scholarship. “Every kid in Belize takes the PSE exam before entering high school. Well, Jennessa Sierra from San Pedro RC School finished second in the ENTIRE country and second out of nearly 8,000 kids who took the test. Amazing! Great job, Jennessa, we’re all so proud of you! Thanks also to the RC school teachers, including Mr. Kenny and others, who worked so hard. To congratulate Jennessa, we’ve offered her a full four-year scholarship to San Pedro High School,” explained the company’s management. In addition, Sierra was also given a laptop computer that will assist her in her studies.

From the list of the top 26 performers, 13 were registered in the Belize District,nine were registered in Cayo and one each from the Stann Creek, Orange Walk, Corozal and Toledo districts. The San Pedro Sun joins the community in saluting Jannessa Sierra and congratulates all students on the island for their outstanding performance.

A look at the PSE National Results

The PSE assesses achievement of curriculum content and skills in the four areas of English, Mathematics, Social Studies and Science of the National Primary School Curriculum. It assesses the students’ knowledge gained in primary school. It is based on a letter grade system A – Excellent (80-100%), B – Competent (70-79%), C – Satisfactory (60-69%), D – Adequate (50-59%) and E – Inadequate (49% and below).
In English, the mean score is in the adequate range at 57.8 similarly to 2012. Most students (28%) scored between 50 and 59 as indicated by the Mode Grade Band of D (50-59). While about 75% of the students earned a grade D or better, of concern is that only 47% (down a bit from last year) scored at the Satisfactory Level (C) or better. The median score was 58;therefore shows that half the number of students’ scores were below and half above the median score.

In Social Studies, the mean score was 67.2 in the Satisfactory Grade Range while the mode grade of A (80-100) indicates that the largest number of students earned scores in the excellent range. Very similar to last year, seventy percent (70%) of students earned a grade C (Satisfactory Level of Performance) or better. The median score of 68 indicates that half the students were above and half below this score.

In Science, the mean score of 70.9 was in the Competent Grade Range. The mode grade of A (80-100) indicates that the largest number of students scored at the excellent range. Seventy-nine (79%) percent of the students earned a grade C (Satisfactory Level of Performance) or better. Half the students scored above 72% and half below as indicated by the median score.

Letter to the Editor: Camp Starfish says Thanks!