The San Pedro Town Council, led by Mayor Daniel Guerrero, was busy on Friday afternoon December 20th, giving out gifts to the children of San Pedro Town. Joining the mayor on his Christmas ‘sleigh’ were elves (councilors) Kenrick Brackett and Wally Nuñez as well as members of the San Pedro Traffic Department and a few other volunteers. 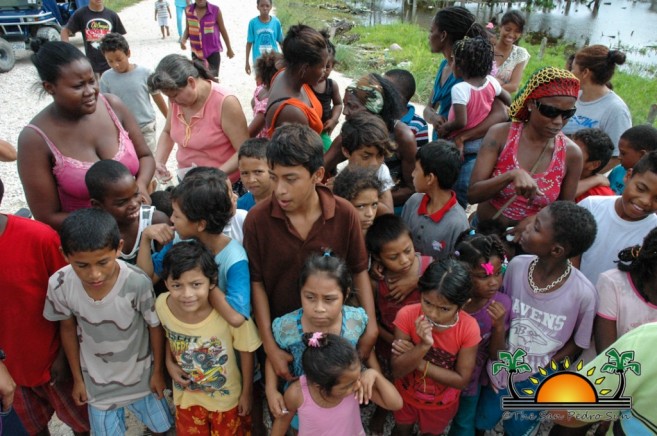 Santa (Mayor Guerrero) first directed his reindeer to San Mateo where over 500 gifts were distributed to the children in the area. There were gifts for boys and girls of all ages: from the small babes in arms as well as young teenagers. The happy children smiled as they each got a gift courtesy of the San Pedro Town Council.


Following their stop in San Mateo, Mayor Guerrero and his reindeer returned to the North Pole (Council Headquarters) were elves had gifts prepared for the children of San Pedrito. Children swarmed Santa’s sleigh as he made a stop in the area. Again, over 500 gifts were given out in the area and the children were equally excited to receive their Christmas presents. 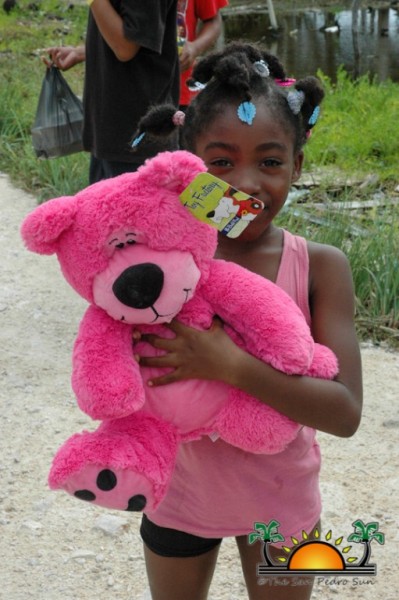 Some of the gifts were donated by the business community, as island residents during a toy drive that was launched earlier in the month of December. The Mayor and his councilors took the time to explain to the children the true meaning of Christmas, which is a special time to celebrate the birth of Jesus Christ and a season to show love, care and appreciation. He also took the opportunity to wish everyone a Merry Christmas and a blessed 2014.